Why Africa’s youth should turn to entrepreneurship 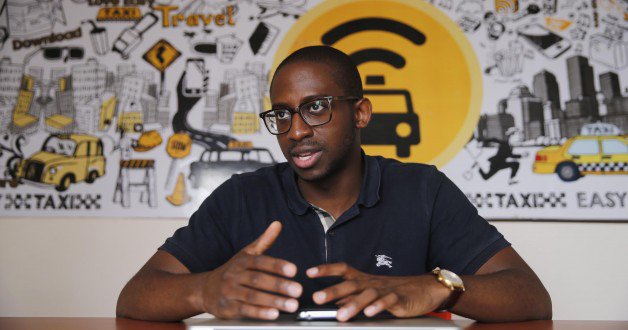 Considering the depressed state of the formal job market in Africa, it’s a good thing that more and more youth in Sub-Saharan Africa are looking to entrepreneurship to secure their future. Young people on the continent are more upbeat about their ability to become entrepreneurs than their peers in any other region, according to a recent global study.

As many as 60% of 18 to 34-year-olds on the continent who took part in a joint study by the Global Entrepreneurship Monitor (GEM) and Youth Business International (YBI) were optimistic about the availability of good business opportunities, and believed they had the skills and knowledge to start a business.

This compares to just over 17% of young people in the European Union, almost 17% in Asia Pacific and South Asia, and around 30% in North America. The only other region that came close to Sub-Saharan Africa’s optimism was Latin America and the Caribbean, where 40% of the youth believed they had the opportunities, skills and knowledge to start a small business, according to the January 2015 report, “Understanding the entrepreneurial attitudes, aspirations and activities of young people”.

Of course, as the report points out, these figures are for potential entrepreneurs, whose desire or interest in starting a business has yet to be translated into action. Even so, Sub-Saharan Africa still has the world’s highest percentage, 29%, of young people are involved in businesses that are new or nascent.

The downside is that about a third of these businesses were established out of necessity rather than to capitalise on a market opportunity, and most have low growth potential. Adding to the challenges is that fewer than 45% of youth business owners had completed secondary school. “As nearly 35% of Africa’s youth lack the basic skills required to perform a job, these young people are also not likely to have the necessary skills to successfully start and manage a business,” the GEM/YBI report says.

Nevertheless, the value of the entrepreneurial optimism among the youth in Sub-Saharan Africa should not be underestimated. GEM says it has found that people who are confident they have the skills to start a business are four to six times more likely to do so.

Also in their favour is that youth in Sub-Saharan Africa are less afraid of failing in business than their counterparts elsewhere. Only a quarter of potential entrepreneurs in the GEM/YBI study said fear of failure would prevent them from starting a business, compared to over 46% in the European Union, for example.

The question is: What can be done to harness the potential of would-be youth entrepreneurs and to maximise their chances of success? This is crucial considering that Africa’s working age population is expected to balloon to 1 billion in the next 25 years, making job creation and enterprise development a top priority.

There is wide agreement that lack of access to finance and markets, low levels of education, poor business skills and an absence of suitable mentors are among the biggest obstacles that entrepreneurs generally face. Youth entrepreneurs often have to contend with further barriers, however. Even being young can be a disadvantage if prospective funders and other sources of support have preconceptions about the inexperience of youth.

Similarly, societal and parental attitudes may take a dim view of youth entrepreneurship. At a recent event for student social ventures at the Bertha Centre for Social Innovation and Entrepreneurship at UCT’s Graduate School of Business, students voiced frustration over the tendency of parents and grandparents to pressure them into traditional career choices.

The parents’ thinking is that rather than take the risky entrepreneurial route (particularly the route of social entrepreneurs), children should play it safe by studying hard and finding a good job for a boss.

Make a profit and change the world

The students, on the other hand, said they not only want to run their own businesses but, first and foremost, want to run businesses that will help alleviate social challenges, from health and housing to nutrition, education, the environment, women and youth empowerment.

Social entrepreneurship, which is essentially about creating businesses that are catalysts for social and economic change, is a growing trend worldwide – not least in Africa.

A recent example is the cellphone “stokvel” app that students from UCT’s Graduate School of Business developed to help low-income communities save money by buying in bulk. The app, called Lakheni, won the students third place in the Global Social Venture Competition.

Another award-winning African social innovator is Wangechi Mwangi, a 21-year-old university student from Kenya, who recently won a Global Social Impact Award for her company Valuraha, which teaches young people how to save and invest in a fun way.

Many more stories are emerging about how young African social entrepreneurs are setting out to change the world, make a profit and, in the process, inspire other young people to take the future into their own hands.