What’s The State Of Health Insurance In Africa? 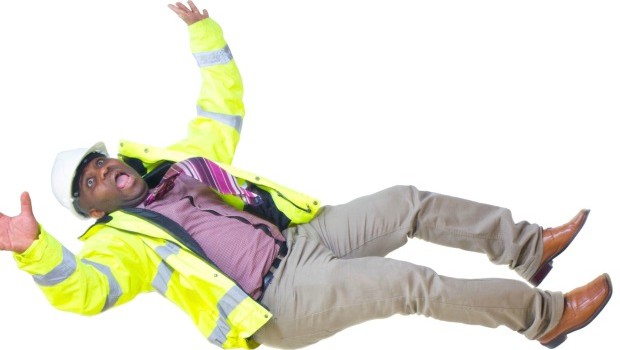 Africa has the highest burden of disease in the world but as recently as 2007, more than half of African countries spent less than $50 per person on health. Of the total health expenditure, 30 percent came from governments, 20 percent from donors, and 50 percent from private sources including patients themselves paying out-of-pocket.

The burden of paying out-of-pocket is an important barrier for seeking health care in Sub-Saharan Africa and contributes to inequity in access to health care.

There are country-specific conditions that influence to what extent a country is suitable for healthcare reforms. What’s the state of health insurance in Africa?

Introducing a health insurance program is one way to ensure the poor of access to health care facilities and protect against catastrophic health payments. In the past 25 years, several countries in Sub-Saharan Africa introduced a form of social health insurance. For most of the countries these were small projects, only covering a city or region.

Ghana is the only country in Sub-Saharan Africa that successfully implemented a national health insurance plan. In 2008, five years after implementation, 45 percent of the Ghanaian population is enrolled.

The insurance scheme covers all primary health services, outpatient and inpatient services and medication. First evaluations show that the number of visits to outpatient facilities has increased since its introduction. Uganda and South Africa show interest in a large-scale insurance systems, but both failed to carry out such a program.

In South Africa, private and public health systems exist in parallel. The public system serves the vast majority of the population, but is chronically understaffed and underfunded. The wealthiest 20 percent of the population uses the private system and is far better served. In 2005, South Africa spent 8.7 percent of gross domestic product on health care, or $437 US per capita. Of that, approximately 42 percent was government expenditure. About 79 percent of doctors work in the private sector.

Because of high incidence of HIV/AIDS (about 5.6 million in 2009) South Africa created a program to distribute antiretroviral therapy treatment. Its success is considered a benchmark around the world. Such treatment has generally been limited in low economic countries. Antiretroviral drugs aim to control the amount of virus in the patient’s body.

According to the World Health Organization, about 37 percent of people infected with HIV were receiving treatment at the end of 2009. It wasn’t until 2009 that the South African National AIDS Council urged the government to raise the treatment threshold to be within the WHO guidelines. In 2010, the government promised to treat all HIV-positive children with antiretroviral therapy, though throughout the year, studies showed this wasn’t happening.

A controversy erupted over distribution of antiretroviral treatment and generic drugs. When an effective antiretroviral drug became in available in 1996, only economically rich countries could afford it at a price of $10,000 to $15,000 per person per year. For South Africa, the price had to be lowered substantially. In 2000, generic antiretroviral treatments started being produced and sold at a much lower cost. Needing to compete with these prices, big-brand pharmaceutical companies were forced to lower their prices. This competition benefited low-economic countries and the prices have continued decline since the generic drug was introduced.

The antiretroviral treatment can now be purchased for as low as $88 per person per year. While the production of generic drugs has allowed the treatment of many more people in need, pharmaceutical companies feel the combination of lower price and fewer customers reduces the amount they can spend on research and development of new medications and treatments for HIV/AIDS.

A report on The State of the World’s Midwifery contained new data on the midwifery workforce and policies relating to newborn and maternal mortality for 58 countries. The 2010 maternal mortality rate per 100,000 births for South Africa is 410. This is compared with 236.8 in 2008 and 120.7 in 1990. The under-5 mortality rate is 65 per 1,000 births. The aim of this report is to highlight ways in which the Millennium Development Goals can be achieved, particularly Goal 4 – reduce child mortality and Goal 5 – improve maternal health. In South Africa the number of midwives per 1,000 live births is unavailable.

Getting sick means risking falling into poverty for millions of people in Africa. The cost of health care puts millions in the position of having to choose between buying food, sending children to school or paying to get healthcare. Universal health coverage makes it possible for people to access health care without sacrificing other basic needs.

Two years ago, the U.N. General Assembly unanimously adopted a resolution urging governments, civil society and international organizations to promote universal health coverage. More than 70 countries worldwide, including 30 of the poorest, have passed laws for universal health coverage and have already started to reap the benefits of healthier communities with potential for stronger economies.

Universal health coverage is an ambitious project requiring a strong political will for building equitable societies. Political will must be translated into action by building an equitable health system that covers the most vulnerable populations, mobilizing adequate financial resources from both domestic funding and donors’ assistance.

Civil society plays a key role in informing citizens about their health rights and ensuring that gender equity and universality are respected. For example, supporting government efforts in Senegal means advocating to expand free services beyond the current groups (children under 5 years of age and the elderly) and beyond the current covered diseases. The Pan-African Institute for Citizenship, Consumers and Development (CICODEV) has launched the “Access to Health and the Universal Health Coverage” campaign.

Affinity Health is not a medical aid, it is medical insurance. Day-to-day medical and health services are made affordable through a prepaid subscription to medical services networks including physicians, dentists and optometrists. Hospital coverage is underwritten by Constantia Insurance Company Ltd and Constantia Life and Health Assurance Company Ltd. But there’s one catch. You must be younger than 54 for the hospital plans and 64 for the day-to-day plans.

There are many private health insurance carriers in Africa. In Kenya, Jubilee Insurance was incorporated as a Kenyan financial services provider with headquarters in Mombasa. The company prospered and over the years, expanded with offices in other East African cities and towns, including Nairobi, Dar-es-Salaam and Kampala. Jubilee Insurance, through its holding company, Jubilee Holdings Limited, was listed on the Nairobi Stock Exchange in 1973.

The Ugandan subsidiary is co-owned with the DFCU Group and with the Aga Khan Fund for Economic Development (AKFED). In 2006, Jubilee Holdings Limited became cross listed on the Uganda Securities Exchange.

Changamka, a company that offers micro insurance, was founded on the belief that mobile technologies can improve access to healthcare for the underserved populations in the developing world, according to its website.

Changamka says it offers a mobile technology solution for payment that benefits both patient and healthcare provider. Providers benefit by cutting out administrative costs of billing and payment. Patients benefit from the opportunity to save money over time to cover future healthcare expenses.

Postpartum bleeding and high blood pressure are leading causes of maternal mortality in Kenya, as in many developing countries. Just 42 percent of Kenyan women give birth at a medical facility.

Over the years insurance companies in Kenya matured and now offer various payment mechanisms including fee-for-service.

Health insurance coverage is estimated to be used by 8 percent of the overall Kenyan population. Another 40 percent have some form of self-funded scheme to cover health related costs