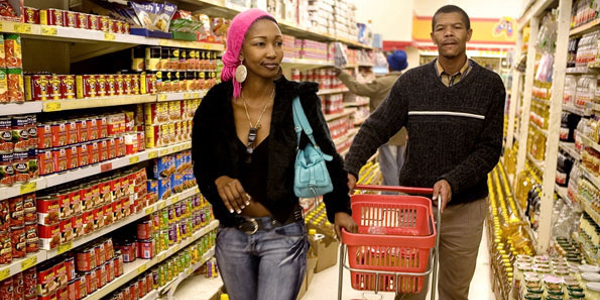 Opinion on Africa’s middle class opportunity is divided. Earlier this year, Nestlé announced its disappointment with the scale and growth of Africa’s middle class, and cut its regional workforce by 15%. Only a few months later, however, AB InBev’s takeover of SABMiller – one of the largest proposed corporate takeovers ever of a UK-listed entity – was motivated in large part by SABMiller’s proven growth markets in Africa.

‘Middle class’ households are typically defined as those that spend at least half of their income on goods and services beyond just food and basic necessities.

The emergence of this ‘consumer class’ helps to propel growth to the next level. Buoyed by supportive demographics, a rising middle class will make demand grow, businesses prosper, employment increase and economies flourish. It’s a virtuous cycle.

Traditionally, the ‘middle class’ has also played an important role in political developments. In sub-Saharan Africa, the rise of multi-party politics in the 1990s, with calls for greater accountability, was often closely correlated with improved economic management and faster growth.

Newly-democratic South Africa saw an impressive emergence of a middle class, even against the backdrop of sometimes disappointing growth. According to the Unilever Institute, South Africa’s middle class grew by around 250% between 2004 and 2012.

By the eve of the global financial crisis, South Africa’s new ‘black’ middle class exceeded its more-traditionally ‘white’ middle class in terms of spending power. Despite weak overall growth, the new middle class has continued to rise since then.

South Africa’s progress – with its well-developed retail and financialsectors – is well-documented. But accurate measurement of the rising middle class has been more problematic elsewhere.

How big is the middle class?

An African Development Bank Study (AfDB) from 2011 attempted to generate a definition of middle class more suited to local conditions in Africa. Somewhat controversially, it defined middle class as those living on US$2-20 a day (adjusted for purchasing power parity). This included the so-called ‘floating middle’ – households living on $2-4/day, who might be knocked back into poverty in the event of a severe economic shock. The AfDB study, using this definition, suggested that roughly one-third of Africa’s population was middle class.

However, another study, published by Pew Research Center this year – using the narrower and more internationally accepted definition of middle class (incomes of $10/day or more) – suggested that only 6% of Africa’s population could be classified as middle income. The Pew study implied that while African economies had made great strides in lifting many millions of households out of poverty in the recent past, a far smaller proportion had reached middle-income level.

There were similar results in Ethiopia, where an even greater share of its population was lifted out of poverty. The share of the poor fell by 27 percentage points, while the proportion of middle income earners increased just 1 percentage point.

Should we be concerned?

Africa’s middle class experience does not necessarily set it apart from other developing regions.  Even in Asia three or four decades ago, the large majority of people lifted out of poverty remained on low incomes – for a while at least.  Development does not stop there.

The ability to earn a steady income is now increasingly recognised as the one factor that distinguishes those living in poverty from those able to emerge as middle-income earners. Consequently, the debate has correctly turned to whether Africa is generating conducive employment opportunities to ensure growing income levels.

Sub-Saharan African economies with their more chequered histories – often marred by dependence on a single commodity – have seen much more volatile growth paths than elsewhere. In the past, this may have been a factor holding back the emergence of Africa’s middle class.

While the recent decline in poverty is encouraging, to build further on the progress so far, the policy prescriptions for Africa’s economies are also clear. Anything that can be done to reduce the volatility of growth, and in particular, the volatility of employment, should be put in place.

Given that the region, with its favourable demographics, represents one of the best counter-weights to the secular stagnation that threatens developed economies, perhaps Africa’s needs also deserve an even greater policy focus on a global level.

Important foundations for the emergence of Africa’s middle class have already been put in place with its success in poverty alleviation. It is in the ultimate interest of the global economy that this progress is built upon.

Source: Razia Khan, How we made it in Africa