The return of the death penalty to South Africa 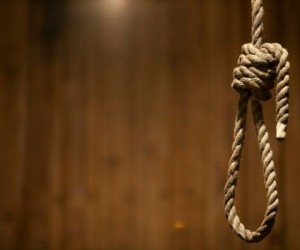 I was a young primary school pupil on March 2 1978. It was the morning uMkhonto we Sizwe (MK) operative, Solomon Mahlangu, was executed by the apartheid government at the then Pretoria Central Prison.

I will never forget the feeling I had that morning when my late elder brother told me about the brutal hanging of Mahlangu, who I came to know through frequent Rand Daily Mail’s headlines and news-breaking stories. I remember clearly that I couldn’t sleep properly that night, haunted by the barbaric nature of the execution, and tarnished by living in a country run by a government that hanged its people. I was sullied and disgusted.

The same feelings arose in me this week when I heard that DA leadership candidate, Mmusi Maimane, supported a referendum to decide on the re-introduction of the death penalty. He was repeating President Jacob Zuma’s 2008 sentiments after he was elected president of the ANC. At the time, Zuma raised the possibility of a referendum on the death penalty. Zuma, however, later changed his mind. And Maimane did the same this week.

But this shows that people are beginning to consider the return of the death penalty in South Africa. And this is too sad for words.

South Africa could be attracting more tourists than it is right now because of the crimes stories that come out of the country. So, crime has some negative impact on the economy, whether we like it or not. But I digress.

The cruelty of the apartheid government’s hanging method prompted the founding fathers of the new South Africa to abandon the practice of killing convicted criminals.

But readers of this column experience greater revulsion when they consider the crimes that have forced people to ask for the return of the death penalty in recent years.

About six months ago, Reiger Park residents, angered by the kidnapping and murder of the four-year-old Taegrin Morris, called for the return of the death penalty.

Morris was killed when his parents’ Volkswagen Golf was hijacked in Reiger Park, Boksburg, in July last year. The boy was caught in his seatbelt and was dragged along the road as the hijackers drove off.

Shortly before that, calls for the death penalty were also reiterated by Diepsloot residents after the sentencing of a convicted child killer and rapist, Ntokozo Hadebe, to nine life terms. Hadebe was convicted of three counts of murder, three of kidnapping and six of rape.

The bodies of toddlers Anelisa Mkhonto and cousins Yonalisa and Zandile Mali were discovered dumped in a rubbish bin and public toilets. They’d been abducted, taken to Hadebe’s shack in Diepsloot, where he raped and killed them.

Reading of these shocking stories, many will be of the view that the people responsible for these crimes have not only lost the right to live, but also any right to sympathy.

I am against the death penalty. But I know the feelings that lead to the calls for it. One of the feelings is that some criminals are simply beyond recovery and that their death may bring some sense of a definitive ending to the victim’s friends and family.

However, the mistakes in the death penalty are well-known. They include the risk of wrongful conviction and later killing of innocent perpetrators. It is also not a deterrent because criminals always commit crimes with the firm belief that they will not be arrested.

I am proud to be South African today, proud that I live in a country where this cruelty does not exist. And the regime that killed Mahlangu is no more.