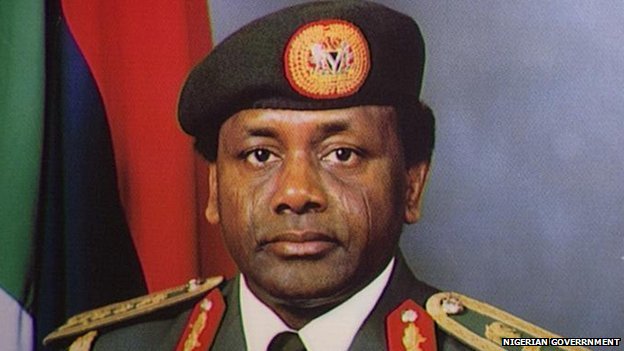 Switzerland will return to Nigeria some $380m (£260m) allegedly looted by ex-military ruler Sani Abacha, an official has said.

The transfer, to be conducted under the supervision of the World Bank, will end a 16-year case against the Abacha family.

Abacha ruled the oil-rich West African state with an iron fist from 1993 until his death in 1998.

The $380m was seized in 2006 in Luxembourg, following a request from Swiss authorities, the Geneva prosecutor’s office said in a statement.

The BBC’s Will Ross reports from the main city, Lagos, that massive corruption still plagues Nigeria.

Billions of dollars are alleged to have gone missing from the state oil firm in recent years, he says.

The World Bank has been asked to oversee the return of the latest money, presumably to add a degree of transparency, our correspondent adds.

Democratic rule was restored in Nigeria a year after Abacha’s death.

Many Nigerians saw him as one of the country’s most repressive rulers.