It was meant to be an optimistic story about schools in South Sudan this week.

The United Nations was announcing 400,000 more children in school this year, with a £27m project to re-start lessons after the disruption of war.

But instead there have been angry denunciations and war-weary condemnations as 89 children have been abducted by an armed group in Malakal in the north of South Sudan.

With no little poignancy for an education campaign, Unicef says they were abducted while preparing for exams.

And the official figure is believed to be a substantial underestimate of the numbers of youngsters kidnapped and taken to a training camp to become child soldiers.

John Budd, Unicef’s spokesman in South Sudan, said it had left families “very scared and fearful”, but there was much work going on to try to get the children back.

“I like to be an optimist, but I temper it. I’m a realist as well and there are 12,000 children who are child soldiers in this country.”

There have been groups of child soldiers released and disarmed, but so far only a minority.

“I wish I could say it was going in the right direction. The reality is that the numbers are stuck at a stubbornly high level.” 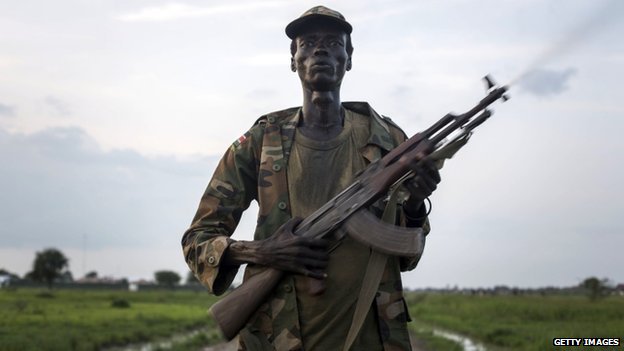 The mass abduction of these youngsters in the world’s newest country shows the deep-rooted problems facing international campaigns to provide school places for all children.

And it’s another example of the grim phenomenon of education being caught up in violence or deliberately targeted.

This year will see a series of carefully choreographed conferences as world leaders set out a road map to deliver a decent education to all children by 2030.

The last set of global pledges, made in 2000, included the promise to provide primary school education for all children by 2015.

It’s going to be a broken promise – and the events in South Sudan show how difficult it is to match the rhetoric with the reality on the ground.

“We’re very aware that if schools continue to be attacked for the purposes of kidnapping children, I know what parents are going to do,” said Mr Budd.

“They will hide their children rather than expose them to a location where armed people can grab them.”

The abductions are not ideologically driven, like those carried out by Boko Haram in Nigeria.

They are about recruiting for South Sudan’s warring factions, but Mr Budd says it still has the same destructive impact on education.

Julia Gillard, former Australian prime minister and now head of the Global Partnership for Education which is co-ordinating international efforts to create school places, expressed her “utter dismay” at the kidnappings.

The Unicef project to widen access to education in South Sudan is urgently needed. Only 42% of children start school and only 10% complete primary school. 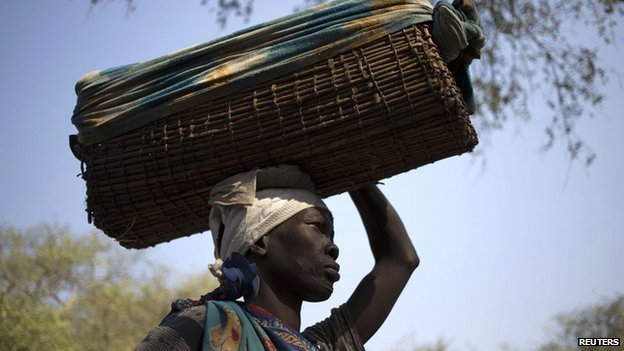 Fragile states: A mother uses a basket to carry her baby to a hospital in Lankien, South Sudan

And the Back to Learning plan launched in the capital Juba set out a way for more teachers to be trained and 200,000 children in conflict zones and 200,000 outside conflict zones to return to school, after the disruption of war and violence.

More than a million people have been forced from their homes by warfare, about 1.5 million children are out of school – and Unicef’s intervention promised “pre-school and basic education, catch-up programmes for adolescents and psychosocial support in the classrooms”.

Mr Budd says the abductions must not stop the efforts to improve education in South Sudan. “We’re going to continue.”

But he is aware of the risk of a downward spiral, with armed conflict destroying education as “collateral damage”, alongside local markets and crops.

“We had the potential to try to rectify the illiteracy that is prevalent throughout this country,” he said.

There is much support from international donors and UN agencies, he says.

But once there is conflict, he says the idea of the right to education is replaced by a struggle for “child survival”, fighting against malnutrition and epidemics and all the problems that come when communities have been uprooted and displaced.

Education has become an unexpected front line for conflicts and terror in many countries.

A report from the United States last month highlighted a rising number of attacks on students and places of education, in a depressing catalogue of murders, abductions, arson attacks and intimidation. 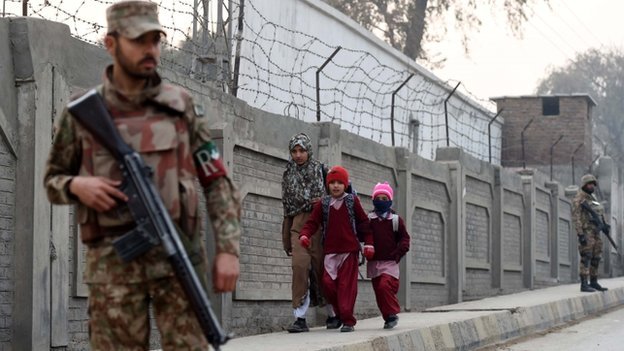 And this month, a UN human rights report warned of a pattern of deliberate attacks on girls’ education, among an estimated 3,600 attacks against students, staff or educational buildings in a single year.

Last week, UN education envoy Gordon Brown set out a list of defensive proposals for schools in Pakistan, in the wake of the massacre of students and teachers in Peshawar.

It’s more like equipment for a fortress than a place of learning.

In South Sudan, they are waiting to find how their pupils can be brought back. They want to have them back revising for their exams and getting a chance to go to school.

“The exams are next week. We want them back to sit them,” said Mr Budd.