Solar piracy: A thriving new career for entrepreneurial Zimbabweans combating the lack of jobs in their country 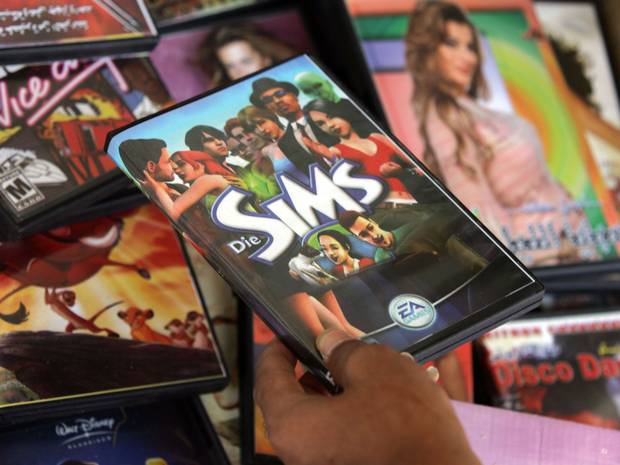 Using laptops connected to small solar panels the size of an A5 notebook, youths now litter the streets of Harare selling pirated music and games

A lack of formal jobs has forced many young Zimbabweans like Mr Mavhengere into finding alternative work. Many have flocked to neighbouring South Africa in search of jobs. But a few of those remaining have found a particularly thriving new career: solar piracy.

Using laptops connected to small solar panels the size of an A5 notebook, youths now litter the streets of central Harare selling pirated music and games. The salesmen connect their computers to their panels using car power adaptors to provide direct power from the sun.

“Solar is convenient for us because we operate on the streets where there is no power,” said Mr Mavhengere, who has been unable to find a job for two years since finishing his secondary school certificate. “There [on the streets] we have the sun, for free,” he says. Zimbabwe has struggled with power shortages for 15 years, and is now looking to solar and hydropower to make up the gap. The country’s power utility, the Zimbabwe Electricity Supply Authority, says it is able to meet only 50 per cent of the 2,200-megawatt demand due to frequent breakdowns.

Gloria Magombo, the chief executive at the Zimbabwe Energy Regulatory Authority, said solar energy is used by only 18 per cent of Zimbabweans, so could see big growth – but she fears growth could lead to a surge in poor-quality solar devices.

Mr Mavhengere said his biggest threat comes from the police, who sometimes confiscate his work tools on charges of illegal vending and piracy. But “when business is good, I sometimes take home $40 a day,” he said.

Zimbabwe’s universities turn out 10,000 graduates each year, and 90,000 students finish their secondary school certificates yearly, but few have much chance of finding the kind of work they trained for. What constitutes piracy in Mr Mavhengere’s business are the music sales.

“The apps are free anyway, so you can’t be pirating free stuff,” said Tonderai Rutsito, a technology writer at TechnoMag.