Sepp Blatter Decides to Resign as FIFA President in About-Face 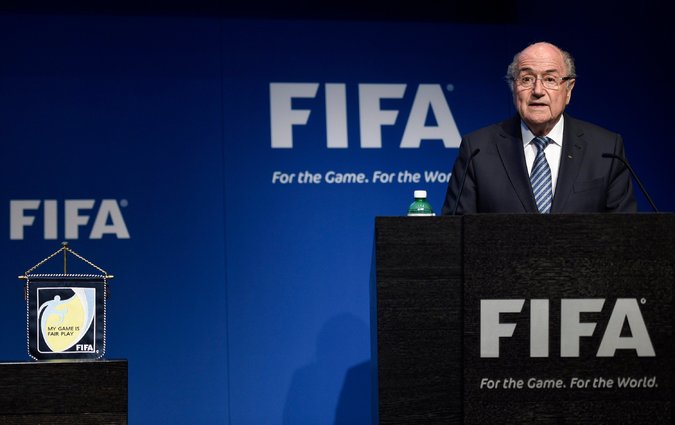 Sepp Blatter, who led world soccer’s governing body for 17 years and who was regarded as one of the most powerful people in global sports, said Tuesday that he would resign his position. He made his announcement in Zurich as law enforcement officials in the United States confirmed that he was a focus of a federal corruption investigation.

Mr. Blatter had for days tried to distance himself from the controversy, but several United States officials, speaking on the condition of anonymity, said that in their efforts to build a case against Mr. Blatter, they were hoping to win the cooperation of some of the FIFA officials now under indictment and work their way up the organization.

Mr. Blatter’s resignation speech, which he delivered in French to a mostly empty room at FIFA headquarters, served as a stunning coda to a dramatic sequence of events that began last Wednesday with a police raid at a five-star hotel, where seven soccer officials were arrested and held for extradition to the United States on corruption charges.

The arrests were followed by a detailed explanation by United States Justice Department officials on their investigation into FIFA. And from there came an initial dismissal by FIFA of the widespread nature of the charges; a defiant Mr. Blatter winning re-election to a fifth four-year term as president and his claiming that he would pilot FIFA’s battered boat “to shore”; a linking by United States officials of Mr. Blatter’s top deputy to a series of payments that are believed to be bribes; and, finally, just before 7 p.m. Central European Time on Tuesday, Mr. Blatter’s announcement that he would step down from the organization he has served, in various roles, for 40 years.

“FIFA needs a profound restructuring,” Mr. Blatter said. Referring to his re-election, he then added, “Although the members of FIFA have given me the new mandate, this mandate does not seem to be supported by everybody in the world of football.”

After finishing his prepared remarks, Mr. Blatter walked off the dais and disappeared through a door without taking questions from the few reporters who were able to attend the speech, which was given on short notice. Mr. Blatter’s face was grim, a sharp change from the demeanor he showed just days earlier when he brashly responded to a question about resigning with incredulity. “Why would I step down?” he said then. “That would mean I recognize that I did wrong.”

Given Mr. Blatter’s sudden, and unexpected, change of heart, soccer officials around the world were left with two overarching questions on Tuesday night: First, what changed between Friday and Tuesday to persuade Mr. Blatter to resign? And with his departure from the body that oversees the world’s most popular sport, what will happen next to both him and the organization?