Rich, urbane and entrepreneurial: meet Africa’s new super-rich with a taste for the London lifestyle 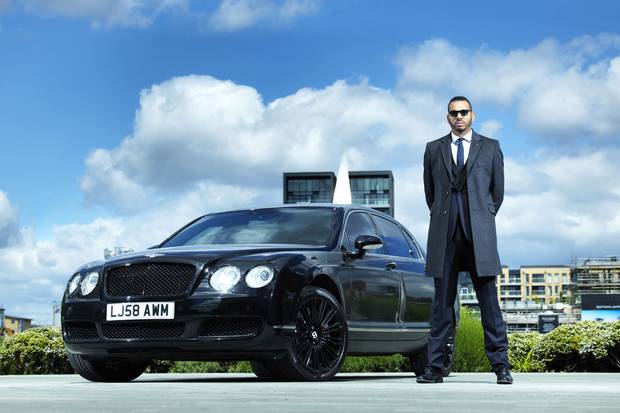 For her 18th birthday last year Temi Otedola wanted to celebrate in style. So her family hired One Mayfair and threw a bash none of the 180 guests would forget. The theme was Moulin Rouge (it was either that or Great Gatsby, she says, but she ‘loves all things Paris’) and guests were treated to a three-course meal, a performance by cabaret troupe It Girls and a DJ set by her 22-year-old sister Florence (aka DJ Cuppy), who played at Nigerian President Muhammadu Buhari’s inauguration gala last month.

Otedola is a style blogger, aspiring designer and the youngest daughter of energy tycoon Femi Otedola, one of Nigeria’s richest men, whose dealings in the oil and gas sector have made him an estimated £650m. Soon to begin a degree in history of art at University College London, she splits her time between the family’s expansive Knightsbridge apartment, where she lives with her mother Nana, and Lagos, the former Nigerian capital, where her father’s business is based. He, in turn, visits the UK once or twice a month. One day, she’d like to start her own clothing line, but for now she is honing her expertise in other ways: interning at brands such as Oscar de la Renta, shopping at Topshop or Browns Focus on South Molton Street (her favourite labels include Isabel Marant and Valentino, whose Paris Fashion Week show she attended earlier this year) and writing about her finds on her website, JTO Fashion.

Welcome to the world of London’s Afro-politans: ambitious, highly educated and (very, very) wealthy. Last month Harrods Estates recorded a 400 per cent rise in West African buyers snapping up prime Central London property compared with the previous year. According to Beauchamp Estates, buyers from Africa have spent more than £600m in the past three years, mostly in the ‘platinum triangle’ of Mayfair, Belgravia and Knightsbridge. Africa’s richest man, commodities tycoon Aliko Dangote (worth more than £10bn), is believed to own a home in Kensington Palace Gardens, where his neighbours include the Sultan of Brunei and Lakshmi Mittal, and is currently eyeing up Arsenal Football Club.

Where is the money coming from? Oil, mostly, but not only. The past decade has seen an explosion in finance, property and telecoms. Africa has around half of the world’s gold deposits and a third of its diamonds, copper, platinum and ‘rare earth’ minerals, used in smartphones and flat-screen TVs. The spread of democracy and growing emphasis on transparency has led to greater efforts to reduce endemic corruption. Last year, nine of the world’s 20 fastest-growing economies were African. Nigeria’s GDP grew by around 6-7 per cent, compared with the UK’s 2.6 per cent. And while the middle class is expanding rapidly, so are the super-rich. The number of African billionaires has more than tripled in the past five years. There are currently 55, according to African financial magazine Ventures.

It’s not hard to see London’s appeal to these newly minted power players. The Nigerian community here already numbers more than 100,000 and the Ghanaian more than 50,000. Both countries are members of the Commonwealth, English is widely spoken and traditional British pursuits such as polo and yachting are popular among society figures. Our schools are another attraction: Nigerians spend more than £300m a year on education in Britain — Wycombe Abbey, Cheltenham Ladies’ College, Eton and Harrow are among the favourites.

Nigerian shoppers are also some of the capital’s biggest spenders, forking out an average of £628 per purchase, according to industry specialists Global Blue. ‘It’s a very aspirational culture,’ says 31-year-old Richard Vedelago (pictured, previous page), co-founder of property firm Wrothams and Windsor, which specialises in pairing up luxury homes in the capital with buyers in West Africa. ‘With that comes the notion that when you get it, you’re going to spend it.’ Tall, handsome and impeccably dressed, he grew up in Togo and Nigeria, where, he says, his family were part of the country’s ‘top one per cent’. His mother is in business development, his father in construction. Aged 12, he began boarding at the £9,715-a-term King Edward’s School in Surrey before studying international business manage-ment at UCL. He returned to Nigeria to work in oil and gas, then consultancy and telecoms.