Olikoye: A new short story by the author of Americanah and We Should All Be Feminists. 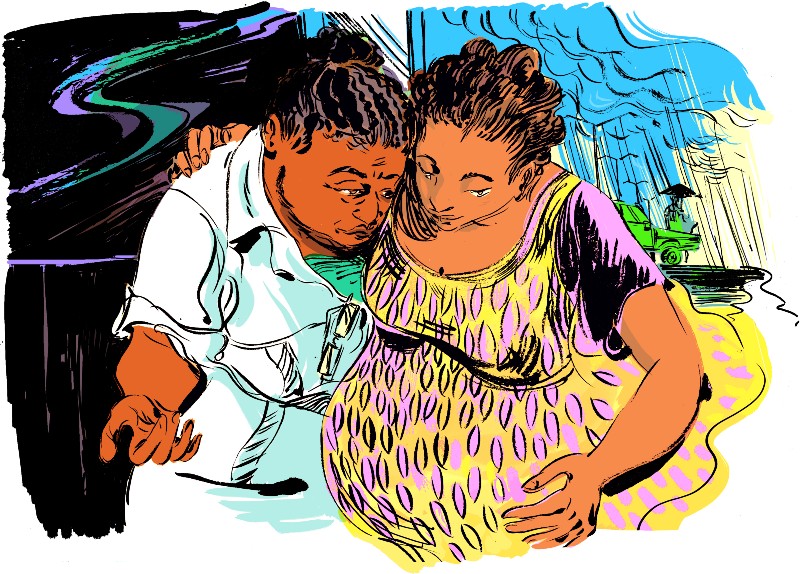 How softly the rain fell that Monday morning when my water broke. Because I was used to the raging downpours of Lagos, this quiet patter calmed me, filled me with peace. My husband Omoregie was at work and so our neighbor took me to the hospital, my dress slightly damp, my heart full of expectation. My firstborn child.

The nurse on duty was Sister Chioma, a woman with an unsmiling face who liked to crack sharp-tongued jokes. During my last check up, when I complained about the backache brought on by my pregnancy, her retort was, “Did you think about backache when you were enjoying it?”
She checked my cervix and told me it was early. She encouraged me to walk up and down the ward.

“You must be happy that your first is a boy,” she said.

I shrugged. “As long as the baby is healthy.”

“I know you are supposed to wait until he is born to decide on a name but I’m sure you already have something in mind,” she said.

“I will name him Olikoye.”

“Oh.” She paused. “I didn’t know your husband was Yoruba.”

“But Olikoye is a Yoruba name.”

“Why?” she asked. My contractions were slow. I told Sister Chioma to sit down and I would tell her the story.

My father’s first child was a girl. He said she was a loud squalling baby who grasped his finger with surprising strength, and he knew it meant she would be tough. But she died at the age of four months. The second, a boy, was not yet four months old before he died. Some people from my father’s family said my mother was a witch, eating her children, trading their innocent hearts in exchange for her own long life. But, at that time, other babies in our village in Edo were dying too. They got sick with watery shit and weak eyes. Some people said the diarrhea was punishment from God. The Christians prayed in church. The Muslims prayed at the mosque. The old people performed sacrifices. Still, babies died, and their tiny still bodies were wrapped in cloth and buried, and it seemed senseless that they had even been born at all.