Obama’s Silence on Nigeria is Deafening 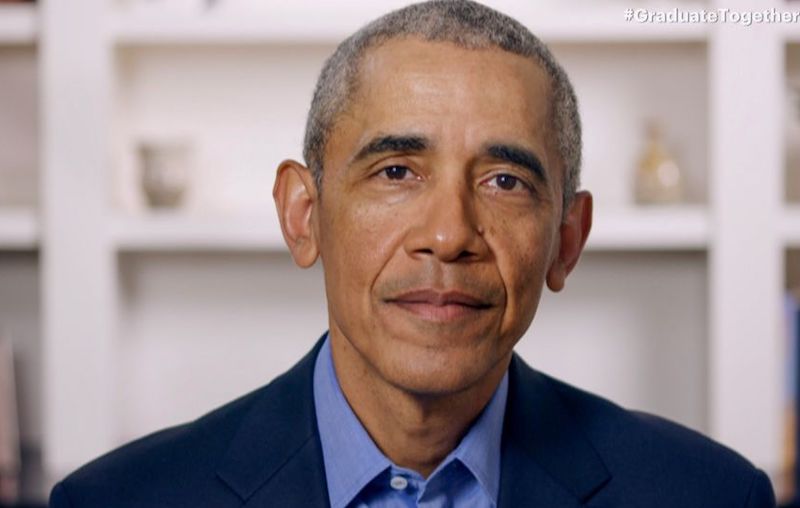 On July 20, 2015, as the President of the United States of America Barack Obama welcomed very warmly then elected President of Nigeria, retired General Muhammadu Buhari to the White House, in Washington DC. Almost 10 months earlier, Obama’s key political strategist David Axelrod had worked as a consultant for Nigeria’s Buhari with the effective knowledge of Obama and his White House National security senior staff. And of course the United States state department.

For some reasons especially regarding corruption in the government of the Nigeria’s previous president Goodluck Jonathan, Obama and particularly his Secretary of State John Kerry were determined to escalate pressure on Jonathan in order to have Nigeria’s former military dictator return as a civilian president. They succeeded.

The fact is that neither of those goals have been met. In many parts of Nigeria’s north eastern section, the terrorist Islamists group is still in business and a menace.
In some ways, there are sections of this country Nigeria that can be characterized as the federal republic of insecurity!

The issue and evidence of corrupt activities are all over country especially among the members of the ruling political party.

Obama added an important point, that the US hoped to partner with the African nation “so that Nigeria ends up being not only an anchor of prosperity and stability in the eastern part of the continent, but can also be an outstanding role model for developing countries around the world.”

It is this issue of being a role model for developing countries and rising to the global standards of respect for human rights, respect for peaceful protests and respect for human lives that the Buhari government in Nigeria failed to live up to, again.
It failed on October 20, 2020 when its soldiers and armed forces in the blanket of night shot and killed peaceful demonstrators — especially at the Lekki toll-gate!

Remarkably, most of the friends and political associates of former president of Obama have spoken to condemn the violence Nigerian youths. For some curious and inexplicable reasons, he has not spoke one word about these grave developments .
Where is he this critical time specifically within the fierce urgency of now?
Where is he, the global evangelist of yes we can?

The other major point to note is that millions of young persons entered into public policy advocacy and politics by being inspired by Obama….
Without any doubts, most of those are Nigerians across the African continent and here in the United States. However Nigerians generally believe that the former president that’s not giving them the proper sense of effective engagement or adequate respect fit for the so-called Giant of Africa.

Let’s go back briefly into history for some additional context.
Obama arrived the mainly French-speaking west African country of Senegal on Wednesday evening June 26, 2013, specifically the capital city of Dakar.
He was accompanied by his wife Michelle Obama, their two daughters Malia and Sasha, and Michelle’s mother Mrs. Robinson. There was a delegation of business and policy leaders as part of the week-long, three-country visit which will include South Africa and Tanzania.

The prominently excluded were his father’s home country of Kenya, a few miles from Tanzania. Many Kenyans considered the decision a regrettable snub.

I was informed by a senior official in the U.S State Department in Washington DC that the schedulers of the trip did not want to “insert President Obama into the unfolding drama” and image politics involving the new president of Kenya Uhuru Kenyatta. Uhuru, son of the country’s founding President Jomo Kenyatta, was facing charges of crimes against humanity from the ICC.

Nigeria, Africa’s most populated country was snubbed, again, by Obama.
The highly-placed U.S diplomat told USAfrica that Nigeria’s leaders need to be serious on the issue of fighting corruption. President Jonathan and his ruling PDP were protecting and granting amnesty to those who looted the country’s economy. The later is a reference to former Bayelsa State governor (1999-2005), Diepreye Alamieyeseigha whose $700,000 home in Rockville (Maryland) was taken over by the United States government following this June 2013 order by U.S district judge Roger W. Titus.
Nigeria’s President, in consultation with other leaders in Nigeria, took the decision to “pardon” the ex-fugitive Governor.

Nigerians were unhappy that Obama was a few hours away but ignored their important country in 2009. From July 10 to 11, 2009, President Barack Obama chose instead to be in the west African country of Ghana, assessed by the U.S government as “one of our most trusted partners in sub-Saharan Africa.” The additional goals of the visit, according to the Obama White House, will be “to highlight the critical role that sound governance and civil society play in promoting lasting development.”

Obama became America’s third president to visit Ghana since 1998, and at the time, his second official trip to the African continent. The geo-demographic fact is that his first trip was to Egypt on June 4, 2009, where he spoke about Islam and democracy, rights of women in Islam and modern society, extremist variants of Islamic theologies and the challenge of peaceful co-existence.

Nigeria, Africa’s most populated country was snubbed, again, by Obama.
The highly-placed U.S diplomat told USAfrica that Nigeria’s leaders need to be serious on the issue of fighting corruption. President Jonathan and his ruling PDP were protecting and granting amnesty to those who looted the country’s economy. The later is a reference to former Bayelsa State governor (1999-2005), Diepreye Alamieyeseigha whose $700,000 home in Rockville (Maryland) was taken over by the United States government following this June 2013 order by U.S district judge Roger W. Titus