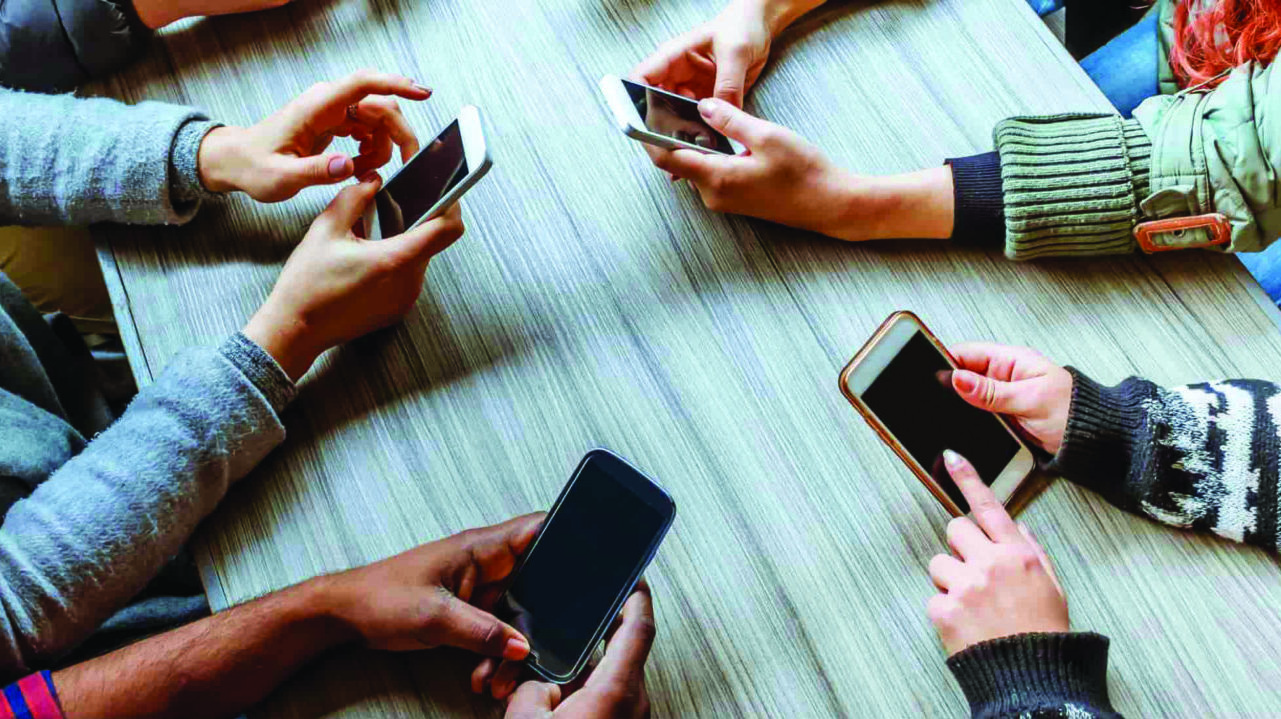 The ‘consuming’ nation status tag on Nigeria may linger for long; as the expression seems to have found a permanent abode in the mobile phone sub-sector, as brands from Algeria, Taiwan, Pakistan, and India are currently dominating Nigeria’s multi-million dollar mobile phone market.

This is despite China’s over 40 brands, which equally enjoy huge market shares in the country.

Unfortunately, some of these foreign brands have been found to be fake in nature. Besides, these foreign brands, especially those from Asia are not considering citing an assembly or a manufacturing plant in Nigeria. Investigations however showed that they have in places like Ethiopia, Rwanda, and Kenya.

While these foreign brands continued to milk the Nigerian economy, Nigeria seems not be to ready to manufacture. Indigenous brands like, AfriOne, which launched in 2017, has gone silent, hardly will you find the brand in the market.

RLG, a Ghanaian company in partnership with the Osun state Government, had also set up an assembly plant in Ilesha, in January 2014, with capacity to produce 5,000 mobile phones, and 2,500 laptops per day. But the firm seems to be having issues and may have secretly returned to Ghana. RLG reportedly delivered 50,000 Nigerian-assembled feature phones in 2015, and thereafter, nothing more.

The Guardian checks at RLG office in Maryland, Lagos, showed no activity going on there. The same thing applied to AfriOne office located along the Oshodi/Apapa Expressway, in Lagos.

While this lacuna continued, The Guardian checks showed that the Original Equipment Manufacturers (OEMs), especially from the Asian markets have outrun their counterparts from Finland, Sweden, Canada, France, and USA, which had hitherto dominated the Nigerian market in the early 2000.

But from 2010 downward, an emerging telecommunications sector in the country provided opportunities for the OEMs from South Korea, China, and Hong Kong to explore Nigeria’s tech ecosystem.

However, The Guardian investigations showed that more mobile phone brands are now coming into Nigeria almost on a monthly basis from these countries.

Though still silent in the market, mobile phone types including QMobile, Condor, Padking, ZipLik, Honor, Vivo, Micromax, Asus Zenfone, HTC, Xolo, Acer, BenQ, and a host of others, are from the aforementioned countries and have found abode in Nigeria.

As an early bird, China made phones are still dominating the landscape with leading brands such Tecno, Infinix, Fero, Xaomi, Huawei, Gionee, ZTE, iTel, among others.

But investigations showed that new brands including Generic, Oppo, Umidigi, Quicktel, Hoot, Vernee, Cubot, among others are making waves in the Nigerian market. French brands including Wiko and Archos are competing for market share as well.

It is also interesting to note that there are some mobile phones without name or brand, especially at the Computer Village market.

Checks showed that the average price of smartphones continues on a downward trajectory, as it dipped to $95 in 2018, from $117 in 2016, and $216 in 2014. The major driver is attributed to the influx of Asian brands specifically targeted for the Nigerian market.

A sales representative with Micro Station, a phone vendor in Nigeria, who preferred anonymity, told The Guardian that the rate at which mobile phones enters into Nigeria is alarming.

According to her, about a year ago, phones come to the shelves almost on a quarterly basis, “but these days, almost every two weeks. I must tell you, they are selling, especially those China phones.”

She also confirmed that mobile devices are now coming from Taiwan, Hong Kong, even Algeria.

Another vendor, who simply gave his name as Chukwuka, said mobile phones from Pakistan are also in Nigeria, like Qmobile.

Chukwuka, who couldn’t confirm whether the phones are Nigerian Communications Commission (NCC) typed-approved, called for a more proactive regulation and monitoring of the sector, especially the influx of mobile devices.

According to him, more phones, even without brand names are entering and will continue to flood the Nigerian market, “which could be harmful.”

Indeed, statistics from the International Data Corporation (IDC), revealed that shipment of smartphones to Nigeria declined by 14.7 per cent quarter-on-quarter in March, this year. Nigeria was not alone, South Africa also suffered 23.4 per cent shipment decline in Q1.

According to IDC, Nigeria saw smartphone shipments of 2.3 million units in Q1 2019, down 11.9 per cent year-on-year (YoY). The country’s poor performance was attributed to a three-week embargo on shipment of Chinese mobile phone brands into the country, which negatively affected major market players. IDC noted that economic activity is usually slow in the first quarter, and in Q1 2019, it was further exacerbated in Nigeria by widespread insecurity and the one-week postponement of the general election.

About three to four years ago, some of the leading OEMs had mulled the idea of setting up phone manufacturing plants in Nigeria, but it appears that is no longer an agenda they want to pursue.

The Chief Executive Officer, Samsung Electronics Africa, Sung Yoon, during a visit to Lagos, last year, said the company would not establish a factory in Nigeria, due to its low market share, infrastructural deficit, and grey market.

He said the company had manufacturing plants in Vietnam, China, South Africa, and Korea, adding that producing mobile devices required over 400 components that had to be imported.

James Rutherfoord, who was the Vice-president/Managing Director, Nokia West and Central Africa at the time, had in 2013, reportedly said the idea of establishing a phone factory in-country did not make any economic sense, although Nigeria was its strategic market on the continent.

“At this point in time, it is a difficult one because most of our component suppliers, all the people that make chips, batteries and all the other components of the devices are not around here. They are all in the Far East. So it’s very difficult to create a factory very far away from them.

“It goes beyond Nokia just waking up and deciding to open a factory in Nigeria. We need the whole ecosystem of people producing the components to be very close; otherwise, we will have products that cost higher.”

On why it is difficult for companies to set up a manufacturing plant in Nigeria, the President, Association of Telecommunications Operators of Nigeria, Olusola Teniola, identified some barriers to market entry as import duties, stamp duties, taxes and levies that were imposed on imported components of mobile phones.

Teniola explained that the infiltration of counterfeit mobile devices that offered lower prices through the porous borders create unfavourable competition for manufacturers that have to bear a lot of costs to produce phones.

According to him, local players are facing the same challenges as foreign operators in the industry, and decried inadequate government support, lack of incentives, delay at the ports as some of the challenges they face.

He said this was one of the reasons the Commission carried out type approval tests on communication equipment, and issued certificates based on the technical specifications and standards prescribed by it.

He described type approval as “an administrative procedure of technical tests and vetting applied to items of telecoms equipment before they can be sold, connected to the public network or used for the purpose of communication.”