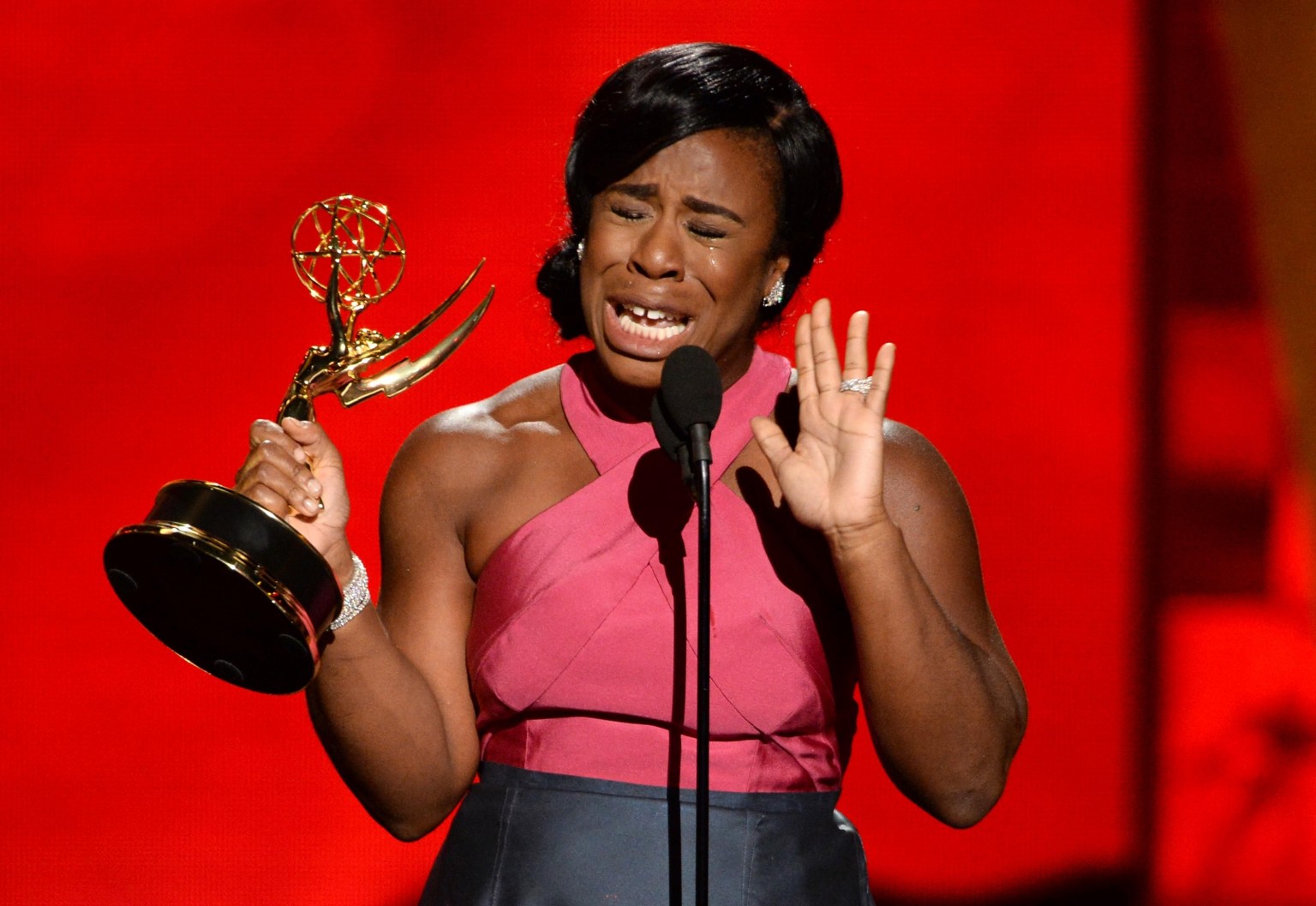 For the second year in a row, Uzoamaka Aduba wins an Emmy for Best Supporting Actress in a Series, after being upgraded from her guest starring role this year, for which she won her first Emmy, for Outstanding Guest Actress in a Comedy Series. The 34-year old made history by becoming the first person since Ed Asner to win Emmys in two different categories for the same character. She stars as Susanne “Crazy Eyes” Warren on the award-winning Netflix television series, Orange is the New Black. 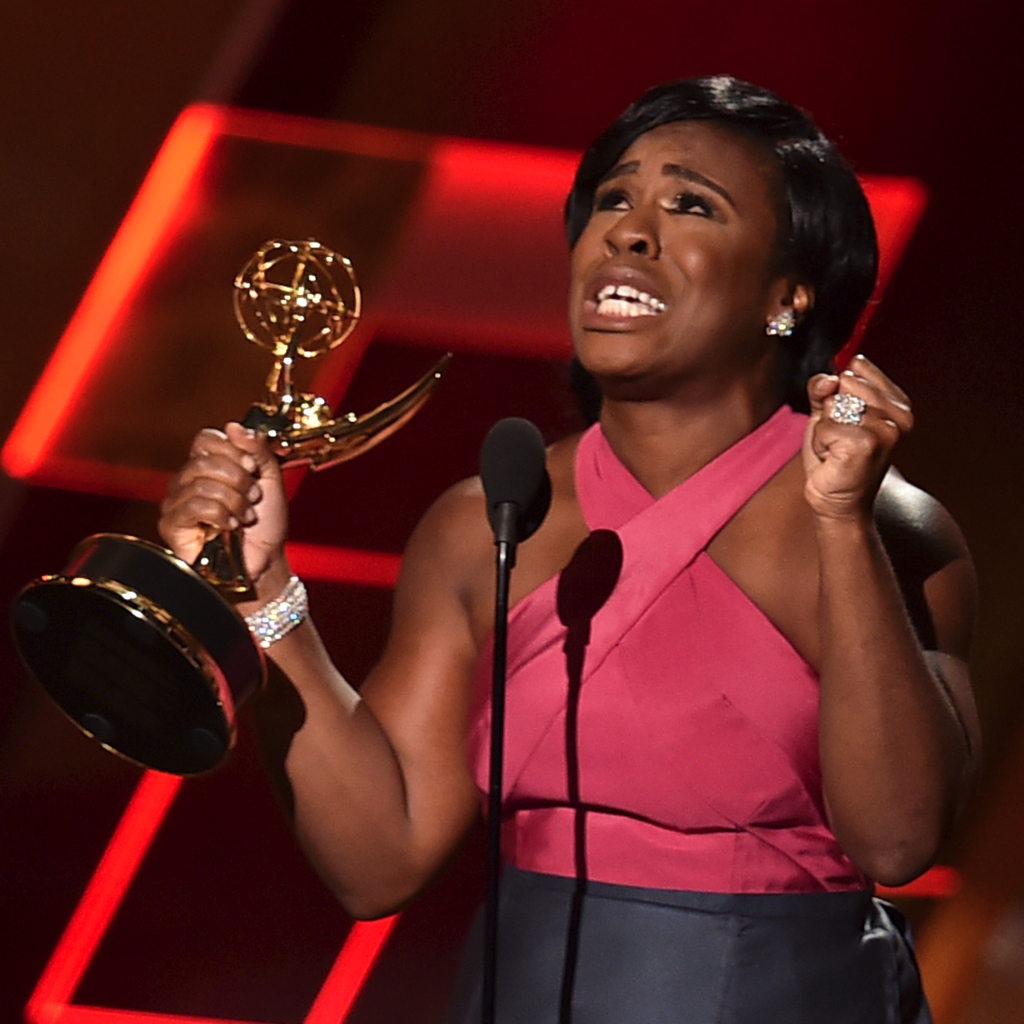 Overcome with emotion, she gave the night’s best speech, according to the audience present at the award show and viewers at home. In the speech, she thanked her fellow cast members and crew of the show, Netflix, show creator Jenji Kohan, and her family. Her sister, Chioma, who was present received a special shout out, in which Uzo thanked her for her friendship and mentioned that she was humbled to be called her sister. Uzo Nwanneka Aduba was bornin Boston, Massachussetts in the US, to Nigerian parents. She studied Classical Voice at the Boston University, and began her acting career in 2003.

In 2012, she auditioned for a different, smaller part in Orange is the New Black, but got the part of “Crazy Eyes” instead. According to Jeniffer Euston, casting director for the series, Uzo’s hairstyle (knots), which is similar to that of the character that she plays, and ‘something’ with which they could connect with in the actress, made her perfect for the role. 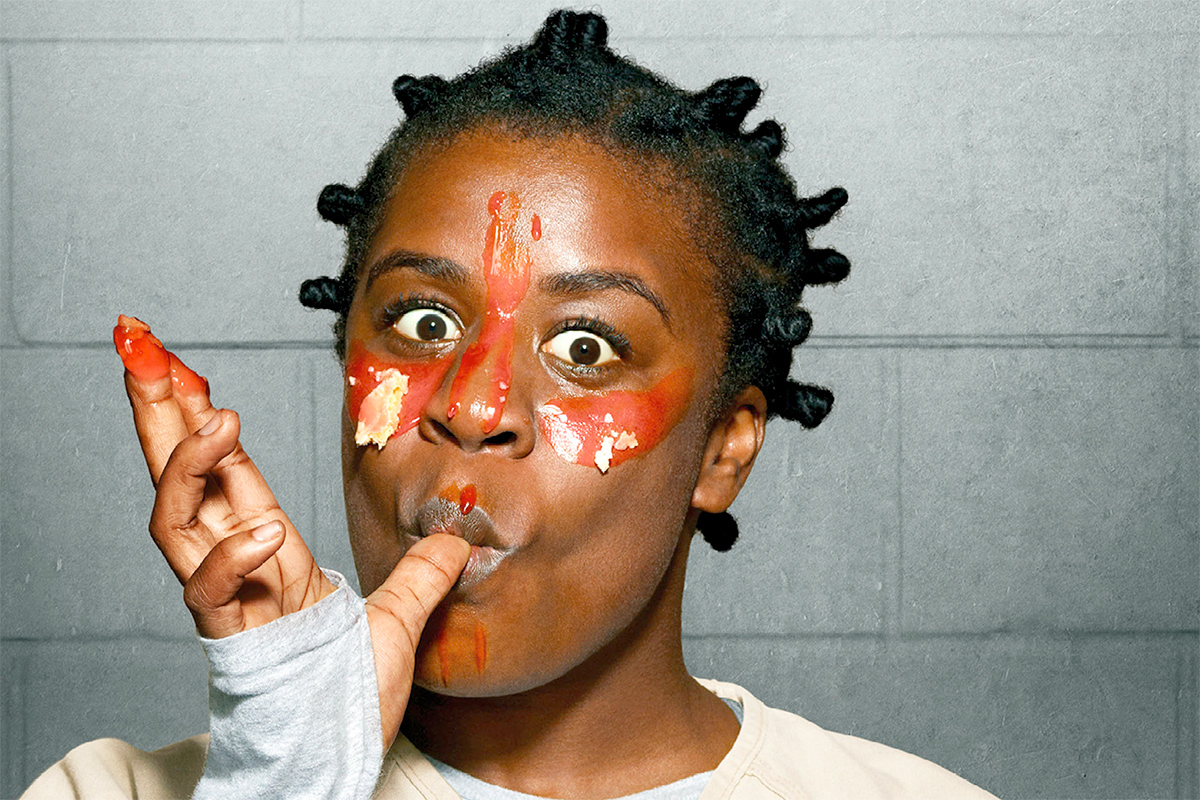 The role of Susanne “Crazy Eyes” Warren has previously garnered Aduba numerous awardsand recognition besides the Emmy, such as a Critics’ Choice Television Awards nomination for Best Supporting actress, a Screen Actors’ Guild Awards recognition which she shared with the rest of her fellow cast members, and a nomination for Best Supporting Actress at the 72nd Golden Globe Awards.

Social media went agog following Uzo’s win and her acceptance speech, which brought tears to the eyes of her audience and everyone else who listened to it. Timelines were flooded with congratulations from television and other media channels such as BET, The Boston Globe, Hollywood Reporter, Just Jared, Variety, as well as fans of the show.

Uzo Aduba told Entertainment Weekly that she almost gave up on acting after she stepped out of the series’ audition, because she felt that she was not going to get the role. Good thing she didn’t right?