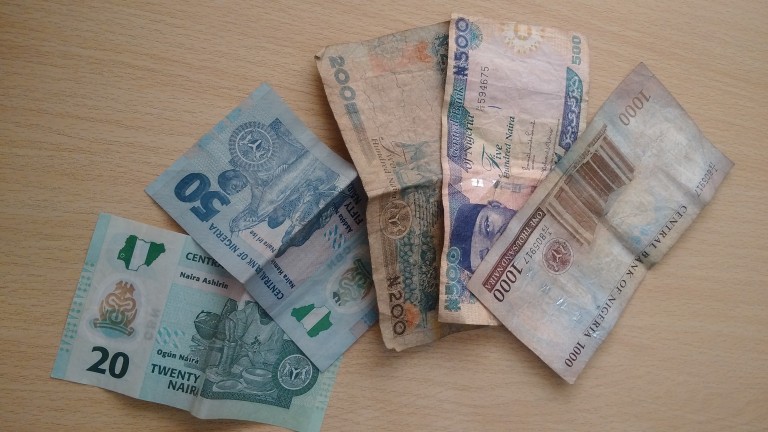 Since the start of July, Nigerians have been fined for using cash. This is the latest in a series of aggressive strategies employed by the Central Bank of Nigeria (CBN) to enforce patronage of the cashless policy initiated under the regime of the former Governor Lamido Sanusi Lamido three years ago.

On January 1, 2012, the CBN officially kicked off its cashless policy aimed at reducing the amount of physical cash in circulation and encouraging electronic-based transactions. The initiative was implemented to curb cash-related crimes, cut the high cost of managing cash, drive development and modernization of Nigeria’s payment system and build a much more formal financial market. However, for many, who are already feeling the brunt of the enforcement, the CBN will be achieving a totally different outcome—the criminalization of the use of cash.

The new policy bizarrely instructs banks to fine customers—individuals who exceed the N500,000 limit within 24 hours and corporate bodies that go beyond N3,000,000—5 percent of the transaction. Those depositing cash will be charged 2 percent of the amount paid into the bank.

Though financial analysts, most of whom reside in top cities such as Lagos, Abuja, and Port Harcourt, have lauded the new policy, noting that a modern payment system was vital for sustaining economic growth and development. For those living in the smaller cities, the narrative is the exact opposite.

Following a successful kick-off in Lagos, the CBN ordered in 2014 that the cashless policy be expanded across the country. Retailers and service providers were expected to offer Point-of-Sale (PoS) machines and alternative e-payment platforms to facilitate the switch to cashless transactions, but apart from Lagos and Abuja, this has been relatively unsuccessful. In other parts of the country, supermarkets, mini-marts, petrol stations and even hotels lack such infrastructure. In Warri, an oil-rich city in the Niger Delta area of Nigeria, only upper-class retail outlets in the new mall and a few exclusive restaurants have PoS machines, while most relaxation spots in Owerri, a lively city in Eastern Nigeria, prefer to do every deal in cash.

The dire need for cash in these “less financially developed” areas of the country weakens the rationale to enforce punishments on cash usage. “We are not sure/convinced by what the publicized intent of this bank fine is. To discourage transport of cash because of thieves that Nigeria’s government sabotaged security agencies fail to apprehend?” a post on local news platform DailyOnus read.

Building a more formal financial market beyond Lagos should therefore be the immediate priority of the apex bank. This will largely be achieved by providing incentives to encourage migration to electronic systems, rather than punishing those with little alternative but to use cash.