Nigeria’s opposition says the decision to postpone the 14 February presidential elections by six weeks is a “major setback for democracy”.

The election commission said it moved the poll date because troops needed to protect polling stations were being deployed to fight Boko Haram.

The postponement was welcomed by the ruling party, but the US said it was “disappointed”.

Nigeria has been battling an insurgency by Boko Haram in the north-east.

Thousands of people have died as a result of the militant group’s insurgency over the past six years,

APC Chairman John Odigie-Oyegun said the move to delay the elections until 28 March, announced late on Saturday, was “highly provocative” and “a major setback for Nigerian democracy”.

However, he urged Nigerians to “remain calm and deist from violence and any activity which will compound this unfortunate development”. 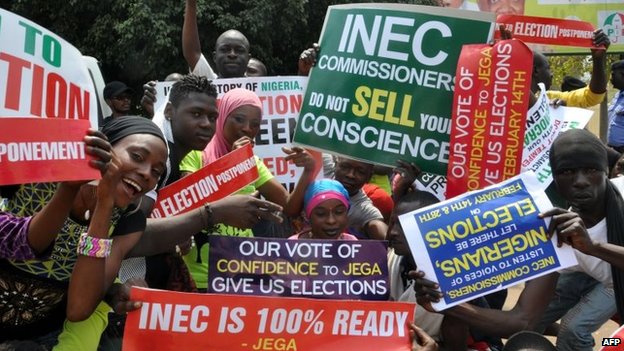 Earlier on Saturday, many protesters called for the vote to go ahead as scheduled 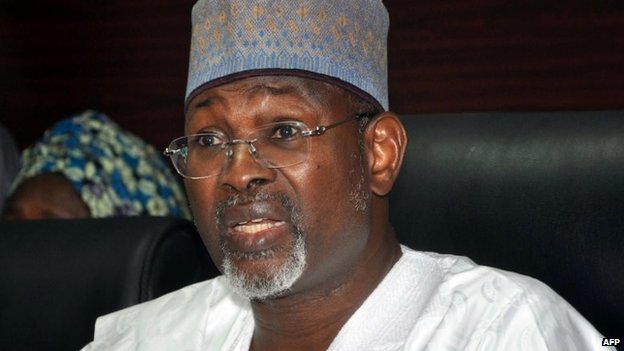 Correspondents say it looks set to be a tight race between the two.

Opposition officials accuse the military of forcing the electoral commission into the delay to help the sitting president’s campaign.

However, Attahiru Jega, head of the election commission, said the postponement was necessary as he had been told that troops would not be available to protect voters as they were too busy conducting operations against Boko Haram.

“The commission cannot lightly wave off the advice of the nation’s security chiefs,” he said.

The country’s national security adviser had called for a postponement last month, saying that more time was needed to distribute biometric voter cards.

The delay is highly contentious and will be seen by many Nigerians as foul play. What is not clear at this stage is whether it will favour President Goodluck Jonathan or his rival, Muhammadu Buhari.

Attahiru Jega made a point of saying this was a decision taken by the electoral commission but clearly the “referee” was under intense pressure.

The Boko Haram conflict has raged for five years but just days before the vote, Professor Jega was suddenly told the entire military would be focused solely on the north-east – in other words, “you are getting no help from the military, you are on your own”. With the threat of violence so real, he was put in a tight corner.

It seems highly unlikely that the conflict will be brought to an end within the next few weeks, so will the election be held at all? That may depend on whether some powerful personalities feel President Jonathan is well placed for a victory.

However, US Secretary of State John Kerry said the US was “deeply disappointed” by the latest development.

“Political interference with the Independent National Electoral Commission is unacceptable, and it is critical that the government not use security concerns as a pretext for impeding the democratic process,” he said. 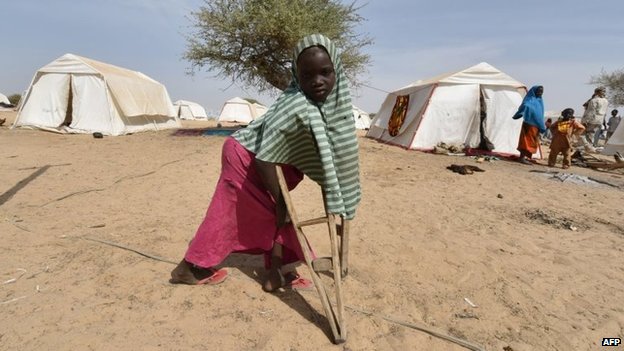 Parliamentary elections due to take place on 14 February have also been postponed to 28 March, and elections for state governors and assemblies slated for 28 February have been moved to 11 April.

The Boko Haram insurgency has led to more than a million people fleeing their homes.

The militants control a large stretch of land in north-eastern Nigeria but have also started attacking neighbouring countries, including Niger and Cameroon.