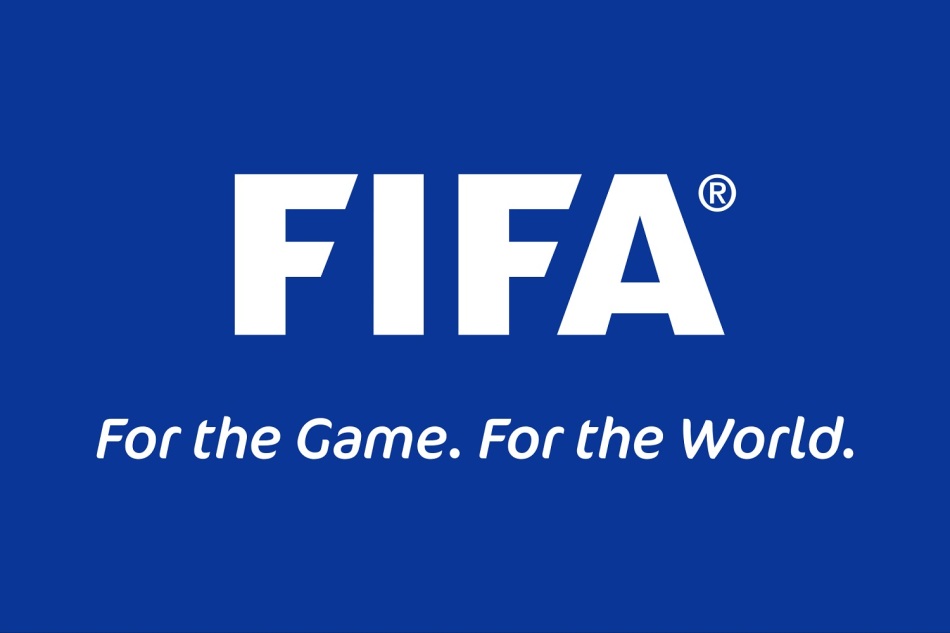 Some of the candidates have a bit of controversy surrounding them such as Michael Platini, who the FIFA ethics committee has given a 90-day ban/suspension as the UEFA president. As it stands, Prince Ali is the only candidate without a skeleton in his cupboard.

Here are the seven FIFA presidential candidates including their credentials and an integrity test. 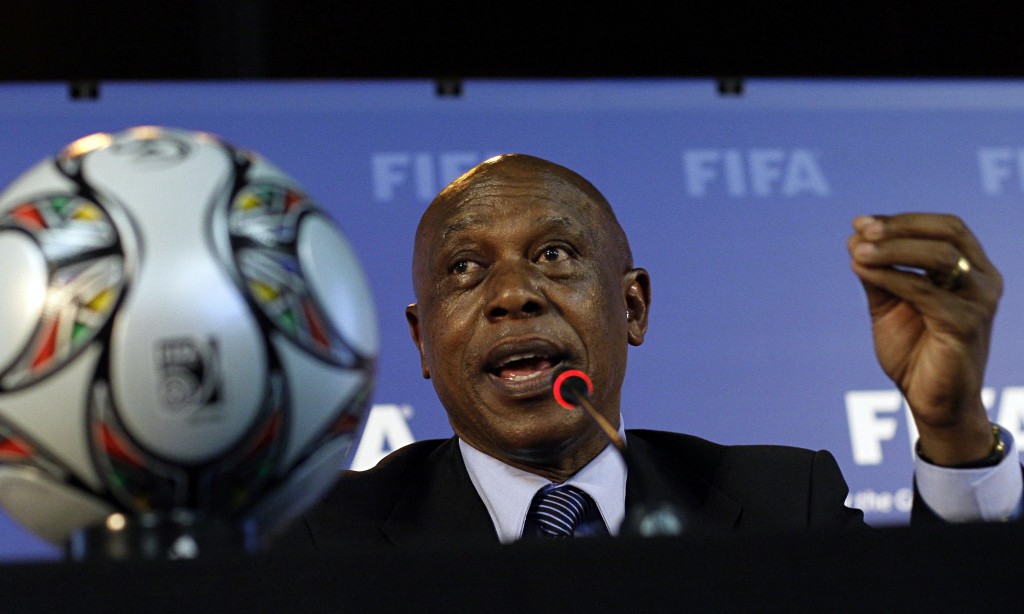 Tokyo Sexwale, 62, is a businessman and his net worth is estimated to be $200 million. He has worked as a host of South Africa’s version of “The Apprentice” and as a cabinet minister after South Africa adopted democracy. He served on FIFA’s anti-racism committee as an adviser and was on the organizing committee for the 2010 World Cup. He was charged in the late 1970s with terrorism and conspiracy. He was also imprisoned alongside Nelson Mandela, for 13 years and was released in 1990. He was elected premier of Gauteng province in 1994.

Sexwale has been hailed as a charismatic, principled diplomat passionate about fighting racism within FIFA who also possesses the business and political leadership experience to rescue the organization from scandal. There are speculations that he could win if he gets the support of the 54 African countries.

However, in 2013, he was involved in a divorce scandal in which his ex-wife accused him of cruelty and abusing her physically, mentally and emotionally. 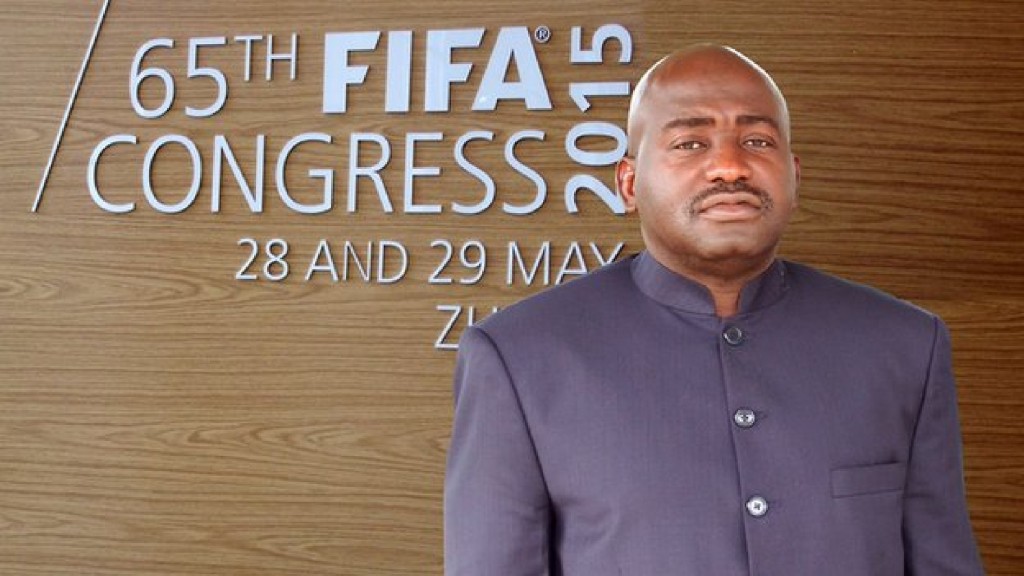 Musa Bility, 48, has been the President of Liberia’s soccer federation since 2010. Bility is best known for his appeal against a controversial new law adopted by the Confederation of African Football (CAF), which banned anyone from outside its inner sanctum from challenging Issa Hayatou of Cameroon for the Presidency. He is also the owner of the largest importer of petroleum in Liberia, Srimex Oil and Gas Enterprise. In 2013, the Confederation of African Football (CAF) banned him from all football activities for six months for violating statutes relating to the use of confidential documents. 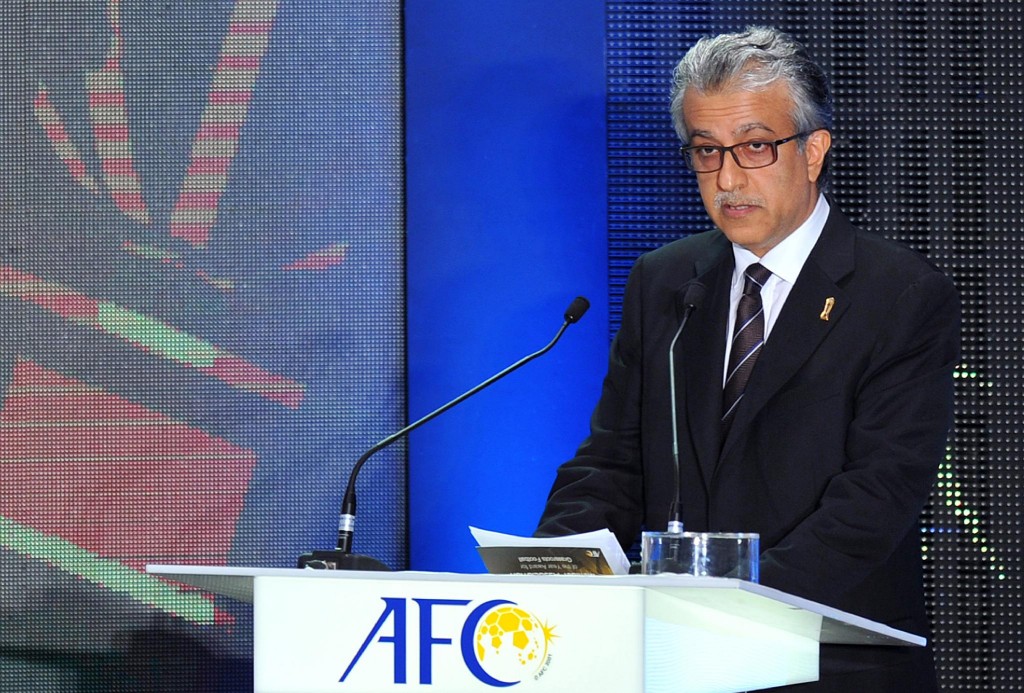 Sheikh Salman bin Ibrahim Al Khalifa, 49, is the President of Asian Football Confederation (AFC). He is a member of Bahraini royal family. He has been the AFC president since May 2013 and the president of Bahrain Football Association since 2002.

However, FIFA has been urged by rights groups to reject Sheikh Salman as a candidate. This is due questions whcich have been raised over whether Sheikh Salman adequately protected Bahrain national team players after they took part in pro-democracy protests in 2011. Some players have said that they were tortured while detained by government forces when the Sheikh was head of the Bahrain Football Association. 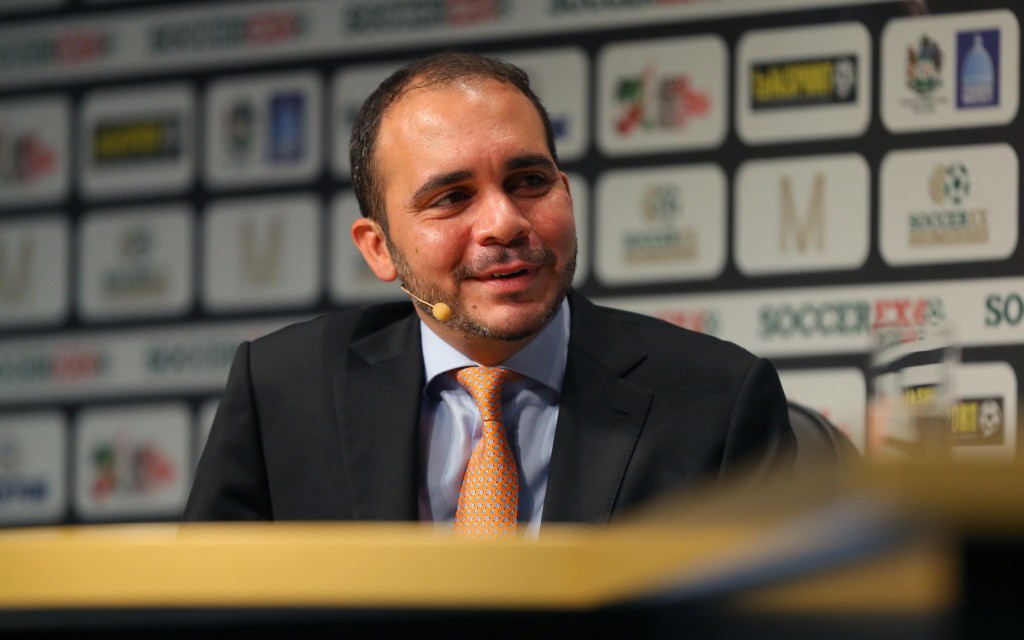 Prince Ali Bin Al Hussein, 39, is the brother of King Abdullah of Jordan and a Sandhurst-trained former Special Forces officer whose speciality was freefall parachute jumping. According to Hashemite tradition, he is the 43rd generation direct descendant of the Prophet Muhammad. He has been the president of FIFA for Asia. When he took up the leadership of the Jordanian Football Association, he mounted a campaign to expand women’s involvement in football in the country by allowing the wearing of the hijab and special uniforms. Prince Ali was instrumental in persuading Fifa to lift its ban on the hijab in 2010.

When Prince Ali was contesting for the same position with former FIFA president Sepp Blatter, he said he wanted to upgrade the role of member associations, particularly in the developing world, and downgrade the power of the President of FIFA, to make it less imperial. He also pledged to serve just one four-year term. 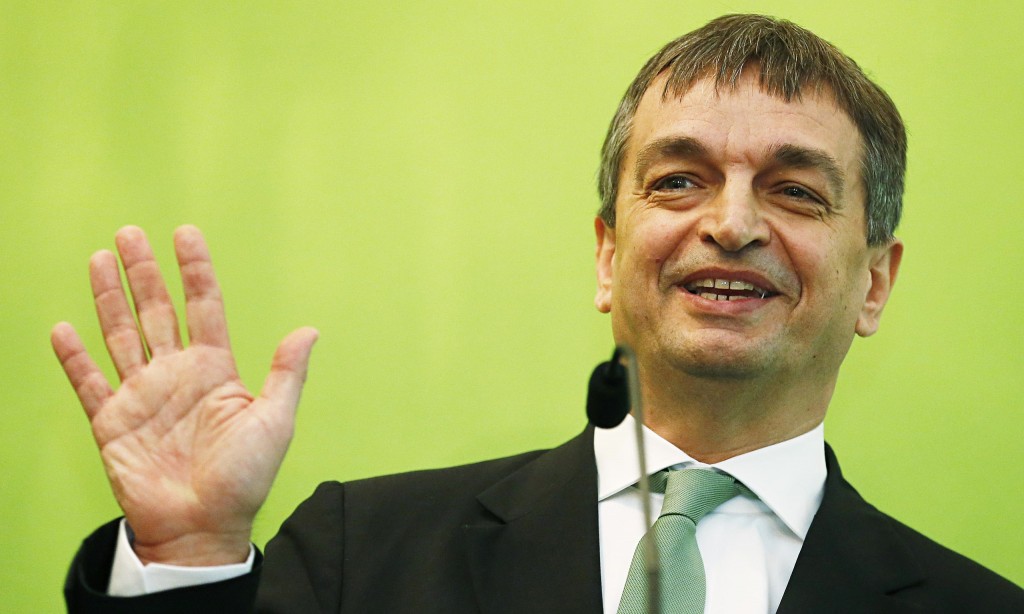 Jerome Champagne, 57, is a former French diplomat who served from 1983 to 1998, and then became a consultant in international football, serving as an executive at FIFA from 1999 to 2010. He transitioned from diplomacy to football as a result of the 1998 FIFA World Cup, where he was Diplomatic Advisor and Chief of Protocol of the French organizing committee. During the terms of Sepp Blatter, he was the international adviser to the president (1999–2002), Deputy Secretary General (2002–05), Delegate of the President (2005–07) and finally Director of International Relations (2007–10). Champagne was one of many who challenged Blatter in FIFA’s 2015 election for its presidency. He declared himself a candidate in September 2014, but withdrew in February 2015 after failing to get enough support. His close relationship with Sepp Blatter might make cynics feel that he could be pulling strings from behind. 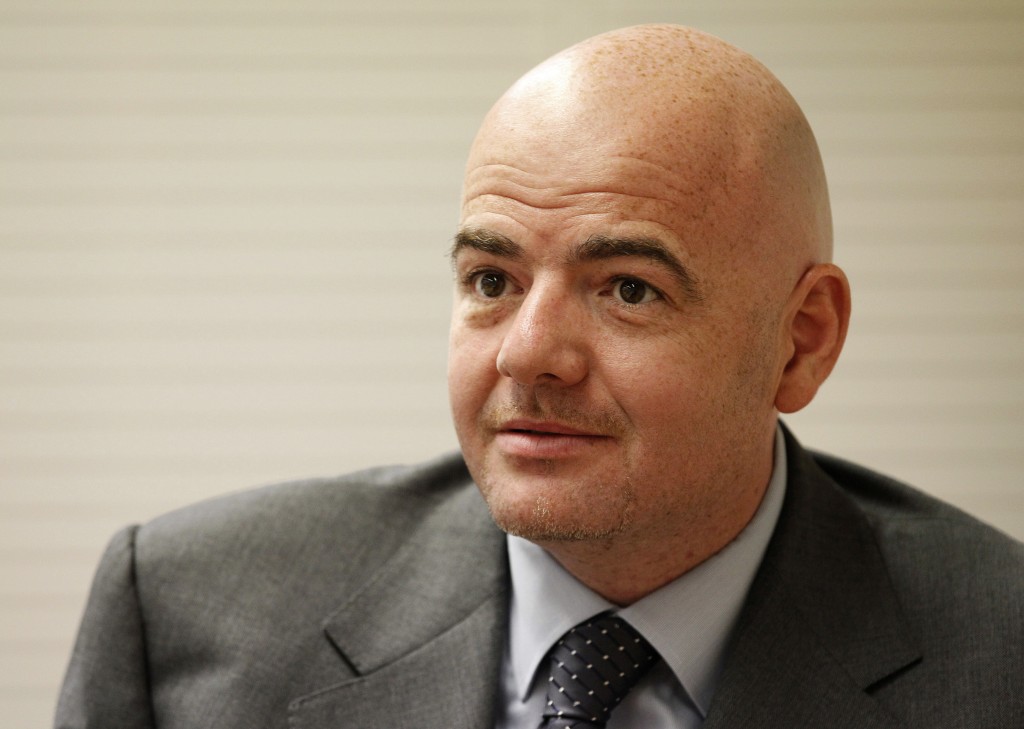 Gianni Infantino, 45, joined UEFA in August 2000, working on a range of legal, commercial and professional football matters. He was the Director of UEFA’s Legal Affairs and Club Licensing Division in January 2004 and then moved on to become Chief Executive ad interim. He was also the Deputy General Secretary and General Secretary in October 2009. Gianni also worked as the Secretary General of the International Centre for Sports Studies (CIES) at the University of Neuchâtel. He was an adviser to a variety of football bodies, which includes Italian, Spanish and Swiss football leagues. 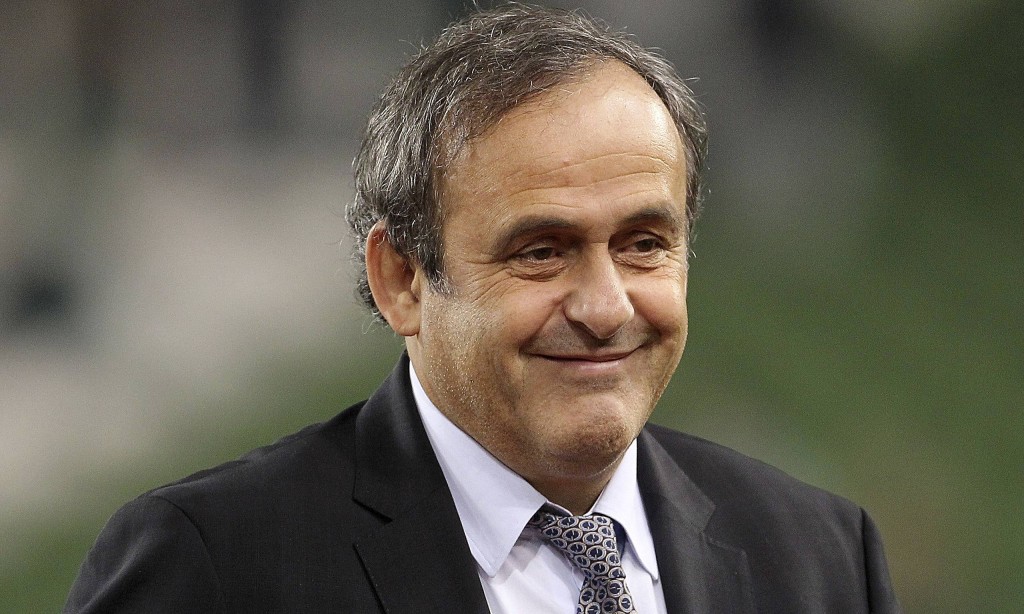 Michel Platini, 60, was a French soccer star in the 80s. He won three straight Ballon d’Or Awards as a player. He retired from football in 1987 and became a coach. He also held several executive positions until he became the president of UEFA since 2007. He is considered a key member of the 1978 French World Cup team. Platini was voted to the English Football Hall of Fame in 2008 and to the Italian Football Hall of Fame in 2011.

Platini is currently suspended from his role as the UEFA president until after 90 days. FIFA’s ethics committee imposed this ban in order to investigate the 2011 payment. However, there are indications that participation depends on the status of his suspension.