Lines Out The Door As Krispy Kreme Opens In South Africa 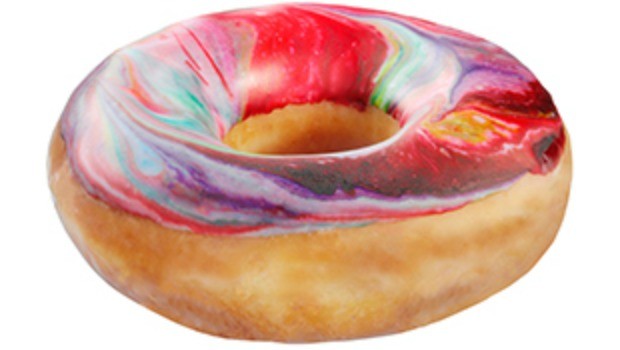 More than 200 Joburgers camped out overnight for a first taste of the iconic U.S. Krispy Kreme doughnut — still warm and dripping glaze, fresh off the conveyor belt — at Wednesday’s opening of the first South African and African store, according to a report in EatOut.

Sixteen doughnut flavors will be on sale — the top 10 bestsellers in the world and six unique to the South African market, BusinessDayLive reports.

Eat Out critic Rupesh Kassen was there at 7 a.m. for the grand opening. Here’s how he described it: “For those eager to try this pillow of happiness you may have to contend with a few other die-hard fans. But fear not, the queues are worth the wait.”

Krispy Kreme has its eye on other African markets such as Ghana, Kenya and Nigeria but first it’s trying out South Africa, according to BusinessTech.

“Within five or six years we could be in five or six countries in Africa,” said Michael McGill, international vice president of Krispy Kreme. “This is the hottest new market in the world,” he told CNN Money.

Burger King re-entered the South African market in 2013, and was met with long lines of customers when it launched, as was Swedish clothing retailer, H&M, which opened in early November in Cape Town.

The South African Krispy Kreme stores will be in malls.

“Our roll-out strategy is mall-based because the South African retail landscape is dictated by malls and that is where you mitigate your risk and you know you will get the right foot count coming into your stores,” said Gerry Thomas, CEO of Krispy Kreme Doughnuts South Africa, according to BusinessDayLive.

Krispy Kreme signed a licence agreement in May with Fournews and John & Gerry’s Brands. Fournews is a restaurant franchisor with brands including News Café, Moyo and Smooch, a frozen yogurt chain..

“Krispy Kreme is a strong emerging market brand in countries that have similar demographics to ours,” Thomas said. “There is also no one playing in the sweet treat space in South Africa.”

In the U.S., Krispy Kreme sells its products in grocery and convenience stores, in standalone stores, drive-throughs and kiosks.

U.S. marketing, executive and operational training teams have been in South Africa to help out with the Rosebank opening.

Krispy Kreme plans to import the “secret” doughnut mix but will get ingredients such as sugar, shortening, packaging and toppings locally.

Stores in KwaZulu-Natal and the Western Cape will open in 2017 and 2018, BusinessDayLive reports.

Krispy Kreme has more than 1,000 shops in 25 countries, according to a company press release.