It’s not about mental illness: The big lie that always follows mass shootings by white males 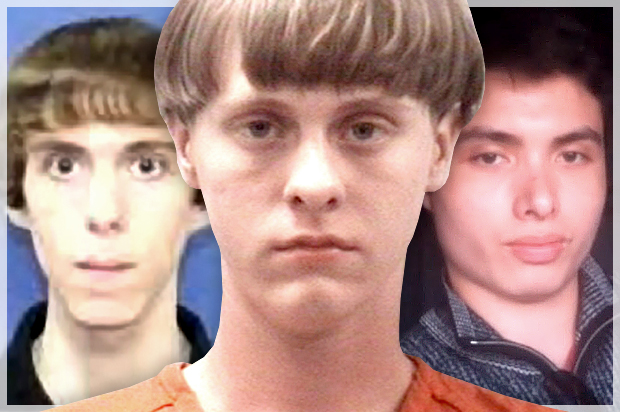 I get really really tired of hearing the phrase “mental illness” thrown around as a way to avoid saying other terms like “toxic masculinity,” “white supremacy,” “misogyny” or “racism.”

We know that the stigma of people who suffer from mental illness as scary, dangerous potential murderers hurts people every single day — it costs people relationships and jobs, it scares people away from seeking help who need it, it brings shame and fear down on the heads of people who already have it bad enough.

But the media insists on trotting out “mental illness” and blaring out that phrase nonstop in the wake of any mass killing. I had to grit my teeth every time I personally debated someone defaulting to the mindless mantra of “The real issue is mental illness” over the Isla Vista shootings.

“The real issue is mental illness” is a goddamn cop-out. I almost never hear it from actual mental health professionals, or advocates working in the mental health sphere, or anyone who actually has any kind of informed opinion on mental health or serious policy proposals for how to improve our treatment of the mentally ill in this country.

What I hear from people who bleat on about “The real issue is mental illness,” when pressed for specific suggestions on how to deal with said “real issue,” is terrifying nonsense designed to throw the mentally ill under the bus. Elliot Rodger’s parents should’ve been able to force risperidone down his throat. Seung-Hui Cho should’ve been forcibly institutionalized. Anyone with a mental illness diagnosis should surrender all of their constitutional rights, right now, rather than at all compromise the right to bear arms of self-declared sane people.

What’s interesting is to watch who the mentally ill people are being thrown under the bus to defend. In the wake of Sandy Hook, the NRA tells us that creating a national registry of firearms owners would be giving the government dangerously unchecked tyrannical power, but a national registry of the mentally ill would not — even though a “sane” person holding a gun is intrinsically more dangerous than a “crazy” person, no matter how crazy, without a gun.

We’ve successfully created a world so topsy-turvy that seeking medical help for depression or anxiety is apparently stronger evidence of violent tendencies than going out and purchasing a weapon whose only purpose is committing acts of violence. We’ve got a narrative going where doing the former is something we’re OK with stigmatizing but not the latter. God bless America.

What’s also interesting is the way “The real issue is mental illness” is deployed against mass murderers the way it’s deployed in general — as a way to discredit their own words. When you call someone “mentally ill” in this culture it’s a way to admonish people not to listen to them, to ignore anything they say about their own actions and motivations, to give yourself the authority to say you know them better than they know themselves.

This is cruel, ignorant bullshit when it’s used to discredit people who are the victims of crimes. It is, in fact, one major factor behind the fact that the mentally ill are far more likely to be the targets of violence than the perpetrators–every predator loves a victim who won’t be allowed to speak in their own defense.