Impact on some key macroeconomic sectors in Ghana 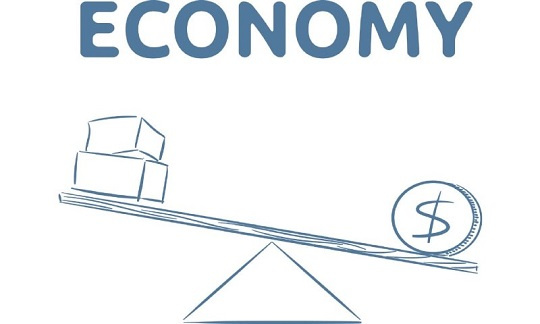 The Coronavirus also known as COVID-19, was caused by severe acute respiratory syndrome coronavirus 2 (SARS-CoV-2) and it was first confirmed in the Chinese City of Wuhan on January 7, 2020. This is an outbreak that has the potential to cause severe economic and market dislocation as it keeps spreading internationally, disrupting global trade, supply chains, depressing asset prices, and forced multinational businesses to make hard decisions with limited information. Its unique characteristics also, makes it difficult to work out its potential cost has it has migrated from being an epidemic virus to a pandemic virus. Its outbreak, has killed 40,598 people worldwide and about 168,041 people have recovered so far from 823,626 cases, mostly in China as at 1st April,2020.

The World Health Organization (WHO) director-general, Dr. Tedros Adhanom Ghebreyesus, declared the novel coronavirus outbreak a public health emergency of international concern (PHEIC) on 30 January 2020, as the virus has spread to over 170 countries as at then. Forty-nine African countries have been affected as at 2nd April,2020. Gabon, Ghana, Ivory Coast, Nigeria, Senegal, Cameroon, Togo, South Africa, Burkina Faso, Democratic Republic of Congo, Egypt, Rwanda are some of the affected countries in Africa. Egypt was the first African country to record the COVID-19 with Senegal, Gabon and Ghana recording second, ninth and tenth positive cases respectively in Sub-Saharan Africa. South Africa, is a country that has recorded the highest cases of 1,380 COVID-19 victims as at 2nd April,2020 in Africa.

So far, Malawi, Comoros, Lesotho, South Sudan, Sao Tome and Principe, are the only African countries which have not been affected as 2nd April ,2020. It was recorded that almost all the cases of COVID-19 confirmed in these African countries above, were imported. With regard to this, almost all African governments have bolstered surveillance for coronavirus at all points of entry especially airports.

In the case of Ghana, the government has allocated $100m to help combat the virus, announce public gathering shutdown, closure of schools for 4 weeks, ban official travel, set COVID-19 National Trust Fund, a partial lockdown in Accra and Kumasi. Although measures have been put in place to help contain the virus, if a drug isn’t found to totally cure the virus, it will cause great damage to the economy in regard to her GDP. The aim of this study is to forecast economic crises which may happen pertaining to the outbreak in connection with jobs and economic activities in Ghana. Economic impact of pandemic may have a long-term consequences as existing literatures mainly argues about. Below are some of the affected sectors of the pandemic;

Tourism, a viable economic sector with enormous economic consequences and a big contributor to economies in some countries. In Ghana, tourism is one of the important subsectors in the service sector. Increment in the international tourist arrivals in Ghana boosts the economy as majority of foreign visitors, mostly come in to invest in the economy. The World Economic Forum statistics in 2010 recorded that, Ghana was 108th out of 139 countries as the world’s favorable tourism destinations. It had moved two places up from the 2009 rankings. In 2011, Forbes Magazine, published that Ghana was ranked the eleventh-most friendly country in the world. The assertion was based on a survey in 2010 of a cross section of travelers. Of all the African countries that were included in the survey Ghana ranked highest. In that regard, in 2019, over 750,00 foreign visitors came to Ghana for the Year of Return project which was aimed for making Ghana a tourist destination and investment opportunity of which majority decided to invest their resources into the economy.

The tourism sector of Ghana has been doing well because of the improvement in the number of hotel facilities since 1989 as recorded in the state of the nation address in 2010. The number of hotels increased greatly from 992 in 2000 to 1,797 in 2010. Correspondingly, the number of rooms and beds has also been increasing.

These increments in rooms and beds may be attributed to the increasing number of hotel accommodation facilities in the Western Region of Ghana where the oil sector is located and also in Greater Accra Region which is the capital city of Ghana. This implies that, hospitality is key for arrivals of tourist in the country. It also indicates that, when a cure isn’t found on time, revenue generated from tourism and the hospitality sector as a whole, will plummet as foreign visitors aren’t allowed into the country and majority of workers are being made to work from their home which is inefficient.

Also, the health sector. Focusing on the discursive and non-discursive practices that landed COVID-19 as a ‘problem’ for global health security, a lot of pressure has been on the health system of the country as they are mandated to cater for those infected by the virus. Ghana being a developing country, lacks majority of clinical infrastructure as confirmed cases keep increasing exponentially (confirmed cases as at 1st April,2020 was 195 as recorded by Ghana health service, there was a sharp increase to 204 positive cases just the following day which is ,2nd April,2020 ) although reagent kits are being shipped in by WHO. If things do not move towards the positive with regards to the fight against the virus, the health sector will be choked and this will result to the inability of hospitals to admit COVID-19 patients, thus leading to a high percentage of untreated patients and hence high death toll in the country.

Another consequence which is of great concern is what we have termed as the “medical attention drift phenomena”. As the medical sector is overwhelmed with increasing number of patients, there will be equivalent increment in the demand of health workers. As such, there will be a call on all available health workers to fight the disease, leaving just few health workers to attend to other health issues that are of different dimensions. This might come with its own unfortunates as these patients would have to struggle for the attention of health workers. Italy for example has experienced this unfortunate circumstance as they have been forced to call for health workers around the world to help with the fight against the virus, because of the short fall in the number of doctors available in hospitals to fight the virus. They have also been forced to recruit final year medical students to take care of other health issues as they concentrate and focus on the fight against COVID-19. Ghana has initiated the call for more health workers, both retired and newly graduated. This shows the extent of severity of the short fall in the number of health workers needed to fight the virus as well as keep the health system working with other diseased cases coming in.

Inflation. In Ghana, monetary and fiscal policies are aimed at sustaining high economic growth rates together with low inflation (price stability). March,2020 inflation rate will definitely look odd as against the inflation rate of 7.8 recorded in February,2020 due to the huge impact of the pandemic on prices and cost of living. Theoretical and empirical studies give diverse conclusions regarding the direction of impact of inflation on economic growth. High inflation is known to have many adverse effects: it really imposes welfare costs on society, impedes efficient resource allocation by obscuring the signaling role of relative price changes, hits the poor excessively because they do not hold financial assets that provide a hedge against inflation and many others. In that regard, there is going to be a vast difference between headline inflation and core inflation rates if measures aren’t put in place to absorb the micro-level shocks. This will also make projected quarterly growth rates for the 1st and 2nd quarters be lower than expected. It will also cause great harm to the economy in a sense that, after a cure has been found, or after the virus has been fully contained, like in the case of China, which has fully opened up factories outside Wuhan to maintain their economy and international currency value, Ghana’s economy will struggle with regards to withstanding the ‘economic blow’ as it isn’t robust enough to endure such torrential shocks. Hence the economy will experience some cracks and delays in its journey of recovery.

Education is another sector that has been hugely impacted by the advent of COVID-19. The pandemic has resulted in the temporal closure of schools at all levels in the country. Yes, children from affluent homes may have electronics and other means of studying in order to stay put but what of children from less affluent homes? For instance, it is reported that the University of Ghana is about to roll out an e-learning programme for its students in the midst of the pandemic. Here, the less privileged ones who have no computers or smart phones will be greatly disadvantaged. Now, the end to this pandemic is more ambiguous at the moment and this may adversely affect the smooth running of educational programmes like graduation, examination most importantly WASSCE, distortion in the successful completion of terms and semesters at the basic and higher levels. The education system of Ghana is not really a flexible system so its resilience is questionable, and it will be greatly challenged especially when this pandemic does not end before June.

In conclusion, the pandemic is an evil to the economies in the world; large economies such as US, France, Germany, Norway and others, are experiencing economic shocks. It is reported that the European Union is activating its emergency fund and similar reports are heard in other countries. The pandemic has caused activities in various sectors of the economies of affected countries to be standstill. It was reported by CNN that, about 6.6m people in US alone have lost their job as at 3rd August,2020 which is really bad for the economy.

For the purpose of our article, emphasis was made on the tourism sector, health sector education sector and inflation being an important macroeconomic variable because, it has a close relationship with other variables in the Ghanaian economy. Other sectors that have been affected are the recreation sector (entertainment, sports), banking sector, mining sector and others. With regard to inflation calculation for affected months, we recommend it to be adjusted for outliers because of panic buying and also, the government should enhance effective social-distance measures.

GhanaWeb is not responsible for the reportage or opinions of contributors published on the website. Read our disclaimer.