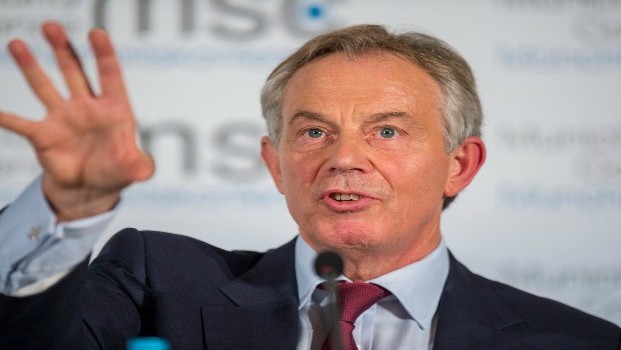 The crowd is four deep, and as the cavalcade pulls into Sierra Leone’s Connaught Hospital, a hush descends on the assembled doctors and nurses. The passenger door opens and at the first glimpse of the emerging figure there is an eruption of cheers.

The crowd is not here for a Hollywood celebrity or chart-topper, or even for an existing world leader. The focus of their adoration is instead a man who has not been in elected office for almost a decade, and who, in his home country, is dogged by protesters declaring him a war criminal. In Sierra Leone, however, they love the man; in 2007 they awarded him the title Paramount Chief of Kuffa Bulam – or, as he is elsewhere known, Tony Blair.

To understand the adoration, you need to look back to his first term as Prime Minister, and specifically the year 2000, when Blair sent British troops to end this West African nation’s brutal civil war. The scars of that conflict are still visible, the memories deep; and Sierra Leoneans certainly haven’t forgotten the debt they owe to “Tony”, as they all seem to call him here.

Fans of Blair usually refer to him by his first name; critics and haters, a variant of his last. But, today, in the sweltering heat of the driveway leading to the Connaught – also, coincidentally, the name of the London square where he owns a house – there is a more immediate reason for the first-name reception.

The doctors and nurses are here because in their eyes “Tony” is not just the man who won three terms for Labour or invaded Iraq. He is now also the man who helped them to defeat the scourge of Ebola.

The role that Blair played in bringing the disease under control is little known beyond West Africa. It is an intervention that raises fundamental questions about how such epidemics can best be addressed in future, and indicates exactly what Blair’s priorities are as he seeks a new beginning following his resignation as the Quartet’s peace envoy in the Middle East.

It also reveals the nature and workings of his little-reported-on organisation, the Africa Governance Initiative (AGI), which is busily establishing itself in corridors of power across the continent. For the crowd gathered at the hospital in the searing heat, however, none of these issues matters. Their overwhelming preoccupation is to secure a selfie.

“Toneeeeee,” a group of blue-uniformed nurses squeal as he emerges from a black S-Class Mercedes, pressing around him with their mobile phones outstretched. “Mr Blair! Mr Blair!” shouts a hospital porter, his phone hanging in wait, the surrounding smell of disinfectant so strong that it chafes the back of the throat. In their midst, Blair is beaming in a manner that recalls those old photographs from his election success in 1997 rather than the more haunted – often hunted – figure more familiar today.