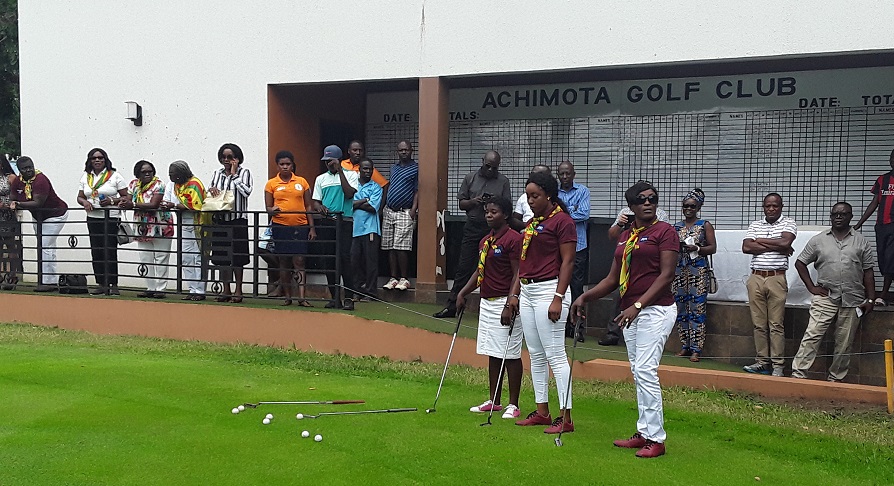 The President of the Ghana Ladies Golf Union, Esther Amedzro has reposed confidence in a three-member national team that will represent the country in the 14th All Africa Challenge Trophy (AACT) slated for 26th-31st August in Accra.

According to Madam Amedzro, the three female golfers – Constance Awuni, Felicity Okyei Gyeabour and Jessica Tei were selected to represent the nation after excelling in 15 competitions and have been primed to excel at the AACT that will be contested by teams of three-golfers from 18 African nations.

“We are very confident about our chances because our three representatives were selected by Aku Yaba after excelling in 15 competitions. I charge them to make Ghana proud during at the end of the competition,” Madam Amedzro said at the launch of the competition on Tuesday at the Achimota Golf Club in Accra.

Justifying the faith of Madam Amedzro in their golfing skills, a member of the team, Jessica Tei putted expertly at her first attempt to climax the launch of competition on the pristine course at Achimota.

Continuing in a similar vein, the President of the Ghana Golf Association (GGA), Mike Aggrey, said Team Ghana was poised to win the event for the first time, adding that his outfit endorsed the bid to host the championship two years ago in Tunisia.

Explaining the format of the competition which will be hosted for the first time in Ghana, Convener of the AACT Joy Arkutu said a total of 54 holes (18 per day) will be played during the competition and the aggregate scores of the best two players from a three-member team would be computed to decide the winners. 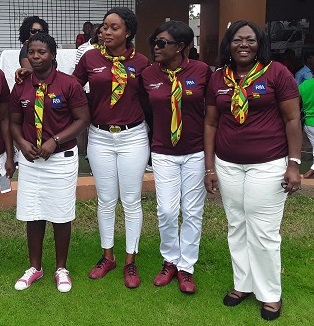 She said the players would win points that will boost their amateur status during the contest as well as a token prize money for their efforts.

The competition is sponsored by the Manhyia Palace, MTN, the Enterprise Group, Unilever, Ecobany, Everpure, Stanbic Bank, Interplast and with support from the Graphic Communications Group Limited.