From Wall Street to making chocolate in Ghana 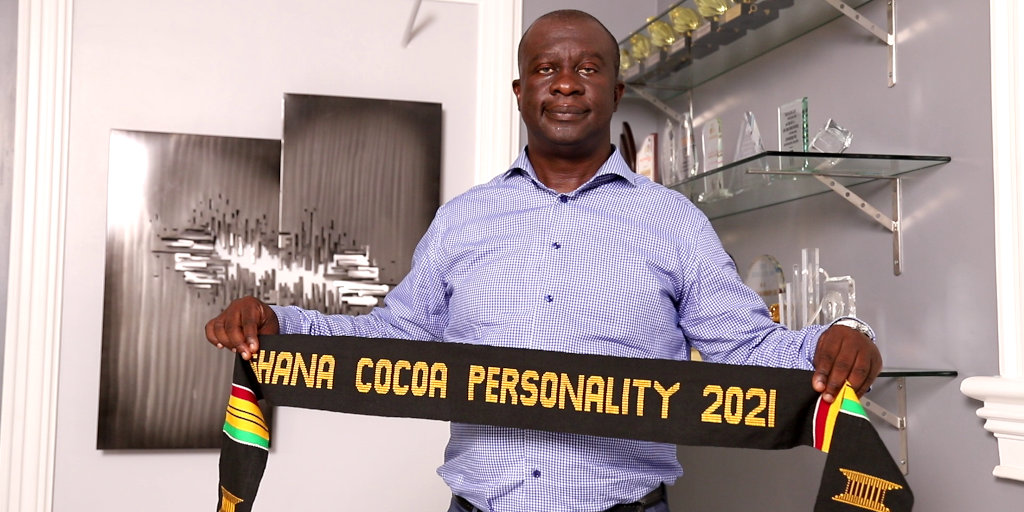 Founded in 2011 by former Wall Street banker Edmund Poku, Ghana-based Niche Cocoa manufactures cocoa products and chocolate for export and the local market. Niche Cocoa began as a small enterprise, and today the company is the largest fully integrated cocoa processor in Ghana.

Niche Cocoa founder Edmund Poku began working as an investment banker at Goldman Sachs after completing his MBA. Not long after, one of Poku’s professors called him, urging him to follow up on his MBA thesis and set up a private cocoa processing company in Ghana. The stress of working on Wall Street quickly led Poku to begin rethinking his initial business idea. He then packed his bags and proceeded to relocate to Accra to set up his cocoa business.

Niche Cocoa produces its cocoa products and confectionery for supply to the worldwide chocolate, ice cream and bakery industries. Semi-finished products include natural and deodorised cocoa butter, specialised cocoa liquor, and natural and alkalised cocoa powder. In confectioneries, Niche Cocoa is also a bean-to-bar producer of refined chocolate, chocolate drinks and spreads. With an installed capacity of 60,000 metric tonnes per year, it is the largest fully integrated cocoa processor in Ghana. The company operates within the free zones enclave in Tema.

The cocoa industry has long been the mainstay of the Ghanaian economy. It is presently the world’s second-largest producer of cocoa beans, after Côte d’Ivoire.

When Niche Cocoa entered the cocoa processing market as a private domestic company, the industry was still nascent with just the government and some multinationals processing cocoa locally. Ghana was at the time processing only around 15% of the cocoa harvested in the country and the rest was being exported. The prevailing consensus at the time was that it would be impossible for an individual to break in and establish their own processing plant. Setting up a successful processing business would require an established value chain for the finished or semi-finished product to reach end users. As Niche Cocoa developed its preliminary business plan, its founding team came to realise that Niche Cocoa would be able to sell its product to third parties who could then reach end users instead of selling the cocoa bean directly to international markets.

In addition to supplying cocoa butter and powder, Niche Cocoa also produces its own brand of chocolates for sale in Ghana.

Niche Cocoa’s growth has, in part, been a result of its ability to successfully supply its cocoa products across several countries. It did the work necessary to receive various certifications, including Halal, Kosher, Fair Trade, Organic, FDA, Ghana Standards Authority (GSA) and UTZ.

Since 2017, Niche Cocoa has further expanded by gaining partial ownership of one of the largest melting plants in Germany, which allowed the brand to access European end-user chocolate manufacturers. Along with its expansion into European markets, Niche Cocoa Services was stablished in the state of Wisconsin in the US in 2021 as a subsidiary of the company. It will pulverise cocoa cake into cocoa powder for industrial customers in the US market.

While this model has mostly served Niche Cocoa well, barriers to entry for other local private processors remain high. Raising money in a multinational industry, either through private equity or banks, is often prohibitively costly and difficult for those who are not well connected or do not possess a high level of capital. Acquiring the permit to purchase cocoa beans from the government is also complicated and expensive. While many Ghanaian artisan chocolate producers have entered the consumer market in recent years, no other bean-to-bar producer has been able to replicate the path Niche Cocoa has taken.

Niche Cocoa’s main challenge is competing with multinational firms for the purchase of beans during the main crop season.

When it comes to chocolate in the Ghanaian market, around 70% is imported into the country while only 30% is produced within Ghana; this has created enormous potential for bean-to-bar production in Ghana, which Poku has identified and seized upon.

The chocolate consumption of an average Ghanaian is about 0.5kg a year, while on the international market, it is nearly 10kg per individual, indicating significant growth opportunities

Niche Cocoa seeks to increase cocoa consumption in Ghana on a large scale, particularly in the wake of its recent expansion into confectionery production.

Over the next two decades, it can be expected that the value of African chocolate consumption will increase threefold, amounting to $23 billion as income per capita grows. The market is projected to grow at a CAGR of 3.4% between 2021 and 2026.