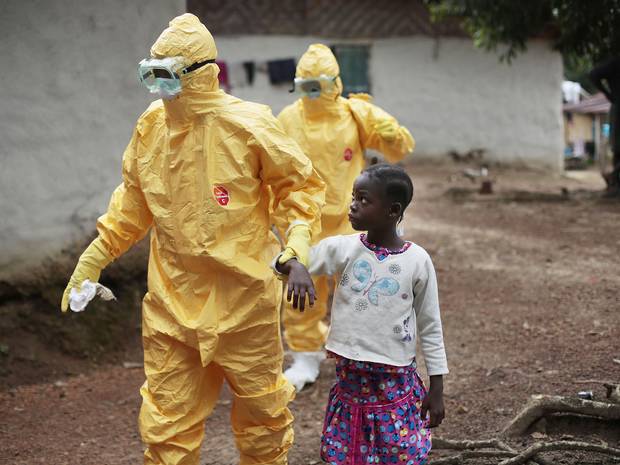 Liberia has been declared free of Ebola after the virus claimed more than 4,700 lives – the worst toll of any country.

The World Health Organisation (WHO) said 42 days have passed since the last victim was buried, meaning the outbreak is officially over.

The agency hailed it as a “monumental achievement” for Liberia, which suffered the highest number of deaths in the “largest, longest, and most complex outbreak since Ebola first emerged in 1976”, but cautioned that the disease is still spreading in neighbouring countries.

During the worst stage throughout August and September last year, up to 400 people were falling ill every week.

President Ellen Johnson Sirleaf said today that the damage wrought by the worst Ebola outbreak in history was “a scar on the conscience of the world”.

“The pain and grief will take a generation to heal,” she added.

“Young Liberians who only months before strode confidently to school with dreams of a future as an engineer, a teacher or a doctor — all of which Liberia desperately needs — had their lives mercilessly cut short.”

A Liberian man carries his sick brother suspected of having Ebola after being delayed admission to the Island Clinic Ebola Treatment Unit due to a lack of beds at the clinic on the outskirts of Monrovia, Liberia

Monrovia, the capital city, saw overflowing treatment centres lock their gates to patients as people died in hospital grounds and bodies were left to rot in the streets.

The crisis caused flights to be cancelled to the country and food and fuel run low, while schools, businesses and international borders were shut.

Ebola spread to each of Liberia’s 15 counties and fear led people to conceal deaths in their families, causing further risk to communities.

A spokesperson for WHO said: “It is a tribute to the government and people of Liberia that determination to defeat Ebola never wavered, courage never faltered.

“Doctors and nurses continued to treat patients, even when supplies of personal protective equipment and training in its safe use were inadequate.”

Their perseverance came with a heavy cost. Of the 375 health workers who contracted Ebola, 189 died.

The start of the outbreak in Liberia had been slow as it spread from Guinea in March last year, with only dozens of people dying compared to hundreds in neighbouring countries.

An Ebola sign placed infront of a home in West Point slum area of Monrovia, Liberia

But when Ebola hit Monrovia in June, cases exploded in the ill-prepared city and did not begin to subside until late October.

Liberia’s last case was a woman in the capital who developed symptoms on 20 March and died seven days later.

The source of her infection is still being investigated but the 332 people she had contact with showed no symptoms and have been released from surveillance after weeks of monitoring.

WHO said the key to tackling the Ebola outbreak in Liberia was community engagement, with staff meeting village leaders and religious figures to take charge of the response and spread awareness.

Treatment centres were fitted with see-through walls to allow families and friends to watch their loved ones, dispelling rumours putting people off seeking help.

A mob of several hundred people, chanting “no Ebola in West Point,” opened the gates to a slum treatment centre and took out the patients, claiming the Ebola epidemic was a hoax in August

The international response to the Ebola outbreak has been criticised as too slow and ineffective.

While praising the role international partners played in getting Liberia to zero cases, President Sirleaf said the fight “got off to slow start”.

“Therefore, let today’s announcement be a call to arms that we will build a better world for those Ebola could not reach,” she added. “It is the least the memories of our dearly departed deserve.”

Health officials remain vigilant for the emergence of new cases as Ebola continues to spread in neighbouring Guinea and Sierra Leone.

The virus has killed more than 11,000 people so far and has been recorded in 26,600 patients in nine countries.