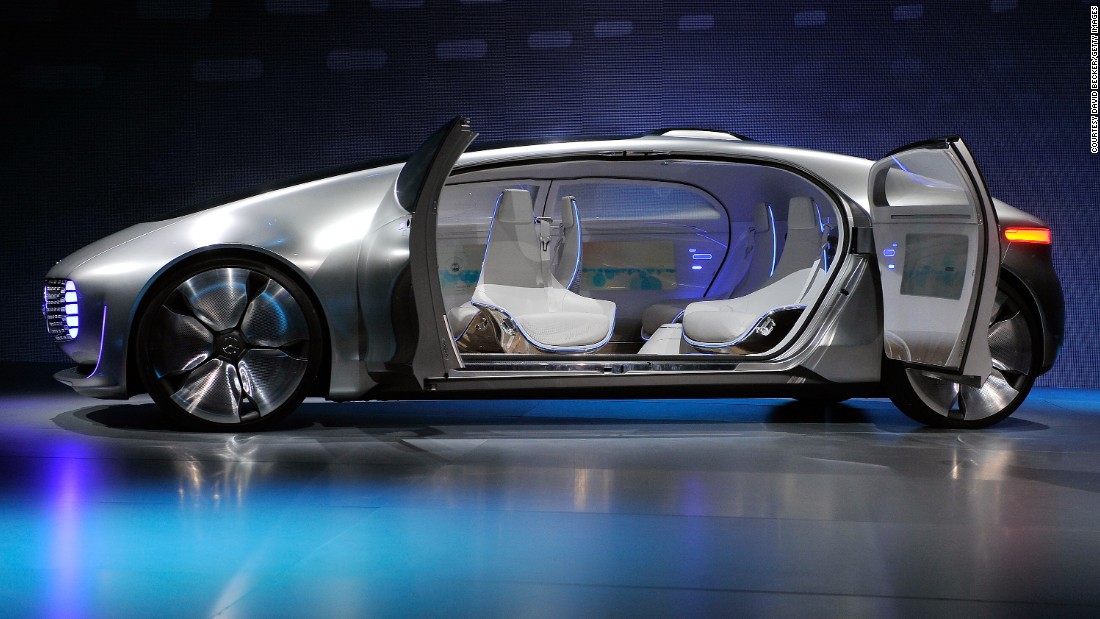 Each year tech junkies from around the world gather in Las Vegas for International CES, the Consumer Electronics Show where innovators come to show off their latest prototypes, preview products and announce new releases.

Although the show is over 40 years old, this year’s event, held from January 6 – 9, saw some of the most futuristic products ever, from driverless vehicles to a revolutionary battery which, according to its makers, could let you fully charge a cell phone in minutes.

Here is some of the coolest tech from the show. 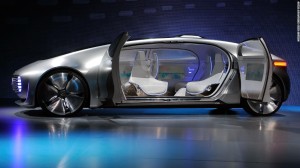 Although the F 015 Luxury in Motion is just a concept car at the moment, the vehicle shows just how different Mercedes thinks our driving experience will be in the future with an automated driving option and luxury “mobile living space” interior.

“Quality time in private space will be the true luxury goods in the future,” said Dieter Zetsche, head of Mercedes-Benz cars in his CES keynote speech.

2. People controlled objects with a wave of the hand.

The latest version of Ring, by Logbar, was unveiled at CES 2015. The cloud control device allows you to do things such as play music from your phone or close curtains using gestures programmed into a smart phone app.

Empire Robotic‘s Versaball is filled with a “sand like material.” When air is pumped into the ball it softens, molding around an object, and then when air is removed, the green ball hardens and grips objects from bricks to ping pong balls.

4. People scooted around on intelligent skateboards. 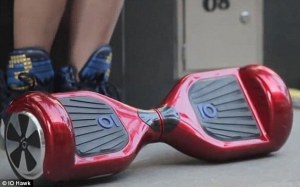 The IO Hawk is a “Intelligent mobility device” which can travel at 6.2 mph. It is powered by batteries and moves in response to pressure from your feet.

ChihiraAico is probably the most realistic robot you’ve ever seen, and according to Toshiba will be used in the healthcare industry.

The aim was to make a service robot which looked and behaved like a human, but some CES attendees did not find it comforting at all.

6. A smart belt adjusted itself based on how much people ate. 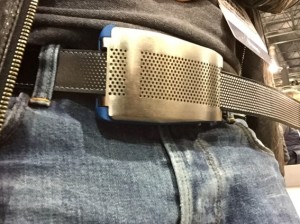 The Emiota Smart Belt keeps track of your overall health using your waist size and will also auto adjust after a big meal to keep you comfortable.

The belt, which has not yet hit the market, can also nudge you when you’ve been stationary for too long.

7. Phones were charged in minutes.

StoreDot, an Israeli start-up, showed off its super-fast charger, which it claims works up to 100 times faster than others and can be used for phones, tablets, laptops and wearable tech.

The technology hasn’t been proven and is not yet available to consumers, but according to the BBC the product already has backing from Samsung and Russian businessman Roman Abramovich and StoredDot says it has begun working on a product to charge electric vehicles.