Cost Of Xenophobia: South African Companies In Rest Of Africa Feel The ‘Heat’ 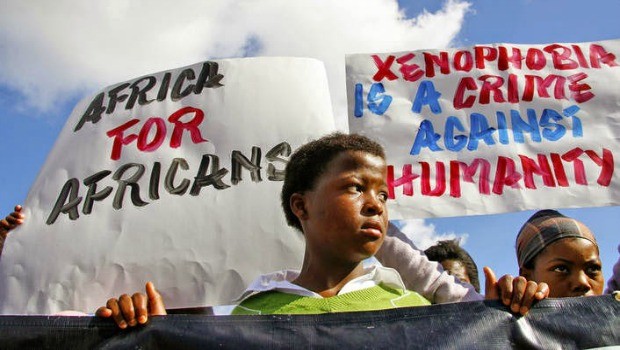 South African companies with operations in other African countries have started feeling the pressure of Xenophobic attacks on immigrants in Durban and Johannesburg that has already killed six people in the last two weeks.

The attacks started in the port city of Durban soon after Zulu King Goodwill Zwelithini said that foreigners were taking jobs meant for locals. Zwelithini, who is now spearheading a reconciliation process, has denied that his comments were meant to incite citizens against African immigrants living and working in the country.

“The impact of attacks has far reaching implications on our economic, social and relations with the continent and the world,” Minister Jeff Radebe said during a briefing at the Cabinet’s regular fortnightly meeting last Friday.

“South African companies who are running successful businesses in the continent who help to contribute to our revenue and sustain our economy may suffer the same fate,” Radebe said.

In neighboring Mozambique, Johannesburg-based Sasol Petroleum and construction company Kentz said at the end of last week that its South African workers were leaving the country on fear of retaliatory attacks after the Durban killings, iolnews reported.

South African transit good vehicles were also pelted with stones near a border point with Mozambique on Friday.

Nigeria has also issued an ultimatum to the South African embassy in Lagos to stop the violence within 48 hour or else the Muhammud Buhari-led government will be forced to shut down all South African businesses in the west African country.

“We are going to shut down”

“Should there be any more attacks, we are going to shut down South African businesses in Nigeria. That is MTN, Multi Choice, Shoprite etc,” Tolu Adesanya, an official of the newly-elected All People’s Congress, told eNCA.

Nigeria, the largest economy in Africa with a population of over 170 million people, accounts for a big proportion of these companies revenue and a shut down could hurt their perfomance.

Nigeria, which just had peaceful elections and is forecasted to growing by over 5 percent this year, also offer an escape from a slowing economy back home for South African companies. South Africa’s economy has posted dismal growth in recent years as a lethargic labor unrest and an ongoing electricity crisis due to an aging power grid hurt businesses.

According to a Mail & Guardian Africa  report, Shoprite has 357 outlets, including 115 Shoprite supermarkets, and more than 100 other furniture, home decor, pharmacy and restaurant stores, in 14 African countries other than South Africa

Angola is also one of the best routes for the loss-making South African Airways.