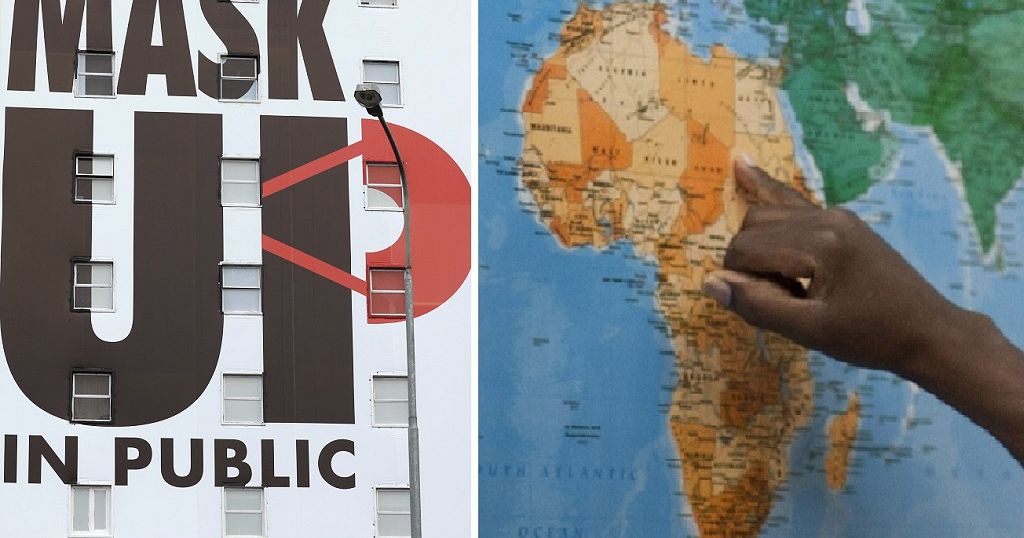 The coronavirus pandemic has been confirmed in over 180 countries globally since it was first discovered in the Chinese city of Wuhan in late December 2019.

The World Health Organisation, WHO, has since declared it a pandemic due to its spread. All except three African countries have recorded cases as governments roll out measures to combat the spread.

In this article, we will share the latest developments as authorities implement measures to contain the spread of the virus, especially on the African continent. Major stats as at April 6:

Malawi’s coronavirus tally has reached eight with the Ministry of Health confirming the first casualty in the southern African nation.

The patient was a 51-year-old Malawian woman of Indian origin who had recently returned to the country from the UK. The ministry said she had an underlying heath condition.

Of the three new cases announced today, two of the patients are in the city of Blantyre and the other in Chikwawa town. Malawi was one of the African countries that recorded a case very late. So far only Comoros and Lesotho have yet to be infected.

The BBC reports that a patient undergoing treatment for coronavirus in the Cameroon’s capital, Yaoundé, gave birth to a baby girl over the weekend, quoting a doctor at the hospital’s isolation ward.

The mother, 19-year-old Marie, gave birth normally but has since been separated from her newborn baby. The patient was connected to an oxygen supply when her contractions started, the report added.

“We just arranged the room and she delivered on her bed while on oxygen,” Dr Yaneu Ngaha Bondja Junie, a gynaecologist at the hospital, told the BBC.

The baby was born prematurely weighing 2.1kg (4.6lb) and is in the neonatal unit. It is not clear if the baby is infected as her tests are still being processed, but she is being fed with breast milk from her mother.

It is the second known birth of a child by a COVID-19 patient. Over the weekend, portals in Uganda confirmed the birth through Caesarean section of a healthy baby.

The Daily Monitor report gave the following details. The 22-year-old Ugandan mother gave birth to a healthy baby girl at Entebbe Grade B Hospital. She was reportedly infected by her husband who returned from Dubai recently.

“The patient gave birth very well this afternoon through a Caesarean Section and the mother and baby are in good health,” Dr Moses Muwonge, the director of the hospital is quoted to have said.

Cases in Ghana reached 287 as at Tuesday April 7, the health surveillance outfit reported in an update posted on its website. “Following measures for enhanced contact tracing and testing, Ghana has detected an increased number of confirmed COVID-19 cases.

Ghana is West Africa’s third most impacted country by the development. The country is ranked behind Burkina Faso and Ivory Coast with 364 and 323 cases respectively.

Meanwhile, the continental tally has passed the 10,000 mark with close to 500 deaths and 1,000 deaths. South Africa is the continent’s most impacted with over 1,600 cases. Only two African countries are without cases – Lesotho and Comoros.

Sao Tome and Principe became the 52nd African country to record cases of the COVID-19. The island nation confirmed its first four cases on Monday, April 6.

Prime Minister Jorge Bom Jesus disclosed that the confirmation came after test results returned from Gabon. The development leaves Lesotho and Comoros as Africa’s virus free countries as of April 6.

The continent’s confirmed COVID-19 cases is heading towards 10,000, with over 400 deaths. Another 900+ patients have recovered.

A statement from the prime minister’s office confirmed that other officials who agreed to forgo their salaries are leaders of national institutions and top government officials. The country has 105 confirmed cases with four recoveries. It is East Africa’s third most impacted behind Mauritius and Kenya.

A strictly enforced lockdown remains in place having been extended last week by the cabinet. The government has since last week been distributing food to citizens who had been relying on receiving pay every day.

Lawmakers in Nigeria weeks back agreed to forgo their salaries as contributions towards the COVID-19 fight. Kenya’s president and top government officials also took salary cuts for the same reason.

Over in Malawi, President Peter Mutharika also announced taking a 10% salary cut along with his ministers. “The coronavirus attack has a huge negative impact on the economy and businesses everywhere.

“There are many business people and industry players who are uncertain about the situation as it is unfolding. I know that everyone is worried,” he said.

“Therefore, government will take measures to protect jobs and incomes, protect businesses and ensure continuity of the supply chain and the survival of the economy.”

Amongst other measures, the president directed the Reserve Bank of Malawi to allow banks to offer a three-month moratorium on interest payments on loans to small- and medium-sized businesses.

He also ordered the country’s Competition and Fair Trading Commission to put in place strict monitoring of price controls and punish anyone found increasing prices at the expense of Malawians.

South Sudan has announced its first case of COVID-19, making it the 51st of Africa’s 54 countries to report the disease.

A U.N. worker who arrived in the country from Netherlands on Feb. 28 is ill with the disease, confirmed First Vice President Riek Machar and the U.N. mission in South Sudan. The patient, a 29-year-old woman, first showed signs of the disease on April 2 and is recovering, said officials.

South Sudan, with 11 million people, currently has four ventilators and wants to increase that number, said Machar, who emphasized that people should stay three to six feet apart from others. “The only vaccine is social distancing,” said Machar.

The patient is under quarantine at U.N. premises and health workers are tracing the people who had been in contact with her, said David Shearer, head of the U.N. operations in South Sudan. He said he hoped the measures would contain the case.

To prevent the spread of the virus in South Sudan, President Salva Kiir last week imposed a curfew from 8:00 p.m. to 6:00 a.m. for six weeks and closed borders, airports, schools, churches and mosques.

Meanwhile, Chinese e-commerce mogul Jack Ma has announced a new round of donation to Africa. Ma and his foundation is partnering with Ethiopian PM Abiy Ahmed on this round too.

“Our second donation to 54 countries in Africa is on the way. That includes 500 ventilators, 200K suits & face shields, 2K thermometers, 1M swabs & extraction kits and 500K gloves,” Ma posted on Twitter on Monday.

Other partners include include Ethiopian Airlines which has been doing the continent-wide deliveries and the African Union’s Africa Center for Disease Control (Africa CDC) which is also headquartered in Addis Ababa.

Meanwhile as of Monday April 6, Africa’s reported cases was nearing the 10,000 mark according to data from Africa CDC and the John Hopkins University.

Major stats as at April 6

Reports surfaced on Friday that Zimbabwe police had issued a ban on sale of beer under lockdown rules to help contain the coronavirus pandemic. The move attracted lots of social media criticism.

But late Fiday, state-run Heral newspaper reported that police had reversed the earlier statement banning alcohol sales saying supermarkets and registered bottle stores can now continue selling beer on condition it is consumed off the premises.

Cameroon’s tally ‘boomed’ on Friday when Health Minister Manaouda Malachie confirmed that 203 new cases had been recorded taking the national tally to 503 as of March 3.

Meanwhile, African leaders have been holding virtual meetings to put together a continental response to the pandemic which has seen its statistics – cases, deaths, recoveries – growing in the last two weeks.

Rwandan president Paul Kagame called it a “productive conference call chaired by AU Chair President Cyril Ramaphosa,” according to him, the discussions centered on the need to speak with a common voice and seek Africa’s best interest.

“We discussed the need for Africa to stand together,speak with one voice and work through our institutions to mobilize resources and harmonize the support from international partners. Thank you to initiatives by African institutions such as African Development Bank and Africa Exim Bank for their support

“The meeting stressed the urgency & need to materialize all commitments swiftly and flexibly. Through coordinated action, we can succeed in mitigating the health and economic impact of COVID-19 on our population.

“The loss of and damage to life and economy globally and particularly in Africa is colossal….and so must be the amounts of energy and financial package(s) to bring things back to normal and beyond,” Kagame wrote on Twitter.

The African Union Commission chief Moussa Faki Mahamat and WHO boss, Tedros Ghebereyesus were also part of the meeting. “We were joined later by President Emmanuel Macron, a good partner for Africa,” Kagame added.

The Namibian president on Friday disclosed that he had held talks with his Chinese counterpart as part of efforts to strengthen Africa’s response to COVID-19. “I also expressed gratitude to President XI for China’s support and care of over 500 Namibian students in Wuhan and China during this pandemic,” Hage Geingob added.

Meanwhile South Africa’s Health Minister says the country is formally going to seek assistance from Cuba and China on managing the pandemic. Nigeria also confirms that it is awaiting a medical team from China to support its response to the virus.