Cheaper Solar: Is This The End Of State Monopoly In Africa’s Electricity Sector? 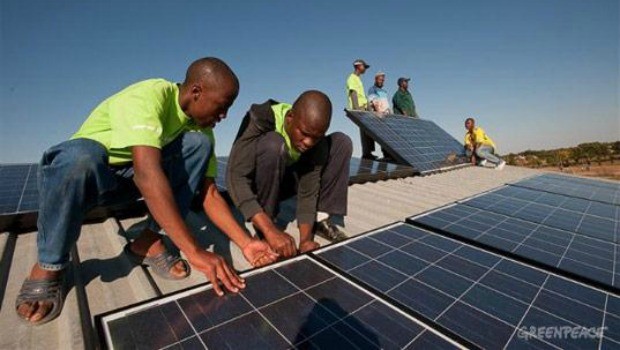 African countries need to focus more on solar energy that is readily available and getting cheaper every day, rather invest heavily in hydro and coal power units that get expensive with time.

Matt Tilleard, Pieter Joubert and Jake Cusack, a team of investment experts from Crossboundary — a firm that advises frontier markets and conflict zones investors — say that Africa should leapfrog the energy revolution that developed countries underwent and use solar technology to reach the masses.

Using the Africa’s telecoms sector, that has seen the continent totally miss the copper wire fixed telephone infrastructure to reach nearly 600 million people in remote places, they say the energy sector could also do this using solar power

“Solar has now reached grid parity in many developed and emerging markets,” the trio said in a Quartz Africa report.

“On the African continent, with its high irradiation and expensive, unreliable grid power, solar is even better equipped to beat the grid.”

Already new business models are emerging in some African countries that point to the likelihood of the continent moving straight to solar and jump the wired-electricity phase.

Innovative startups like M-Kopa, a credit-based solar lamp that is topped up through the mobile money service in Kenya, and Azuri Technologies solar panel rentals in South Africa have proven cost effective ways of reaching the masses in Africa without the high initial cost.

While solar use is still a long way to go in sub-Saharan Africa, its increased use is slowly reducing government monopoly in the power sector in many countries on the continent.

“Yet competition from distributed solar means that the supply of electricity is no longer a natural government monopoly. African countries can skip an outdated era of power delivered solely through large-scale generation and transmission lines run by monopoly utilities,” the Crossboundary team conclued.