Cancer worries? Forget the GP, go straight to the specialist 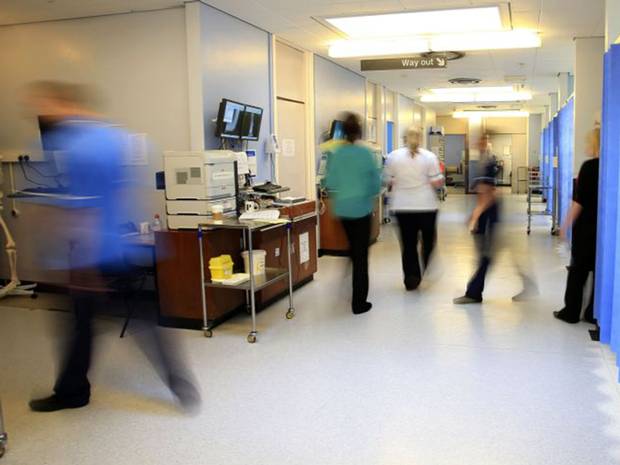 From self-referral to multiple tests for those with ‘vague’ symptoms, trials will consider seven new routes for patients

The NHS is to trial a scheme that allows patients to self-refer themselves for tests if they have symptoms that they suspect could signal cancer.

Most cancer tests are currently carried out after a referral by a GP, but the scheme, which will offer a chest X-ray directly to patients in Crewe who fear they might have lung cancer, could speed up the process and lead to an earlier diagnosis.

It is one of seven approaches being evaluated by a new NHS cancer task force launched today.

The team of experts, led by Cancer Research UK’s chief executive, Harpal Kumar, and including specialists from Macmillan Cancer Support, Public Health England and the Royal College of General Practitioners, will draw up a “five-year-plan” to revolutionise England’s cancer services.

The task force will consider prevention, diagnosis, treatment and support for those living with, and after, cancer. There will also be an emphasis on working to develop these services in the future.

Survival rates for many cancers are lower in England and the rest of the UK than in many European countries. Late diagnosis is one of the key reasons, and the new trials will focus on promoting early identification of cancer symptoms.

The trials will take place at 60 sites across England. As well as the self-referral scheme, several hospitals, including Chelsea and Westminster Hospital in central London, will offer a “multi-disciplinary diagnostic” service. This will allow GPs to refer patients for a range of tests in one go if their symptoms are “vague” and are possible indicators of several different cancers.

In other areas, the symptom guidance thresholds that GPs use to decide whether they should refer a patient will be lowered.

Dr Kumar said that Cancer Research UK was projecting an increase of a third in the number of cancer cases over the next 15 years. “The time is right to set new ambitions and to take a fresh look at how we meet this need,” he said.

More than one in three people in the UK will develop cancer. Half will now survive the disease for at least 10 years – a vast improvement on 40 years ago, when average survival was only one year.

Simon Stevens is the chief executive of NHS England, whose recent Five Year Forward View report said prevention would be a key priority for the NHS in the years ahead. “It’s time for a fresh look at how we can do even better,” he said.

The Health Secretary, Jeremy Hunt, said: “It is vital that the NHS diagnoses cancer early and is at the forefront of the latest developments in cancer treatment.

“We are on track to save an extra 12,000 lives a year by 2015, but we will not let up in our efforts to speed up diagnosis and ensure that cancer patients get the best possible treatment and care.”