The need for infrastructural change in Africa is undeniable – the continent is growing economically and needs better transport links.

But building road and rail networks is expensive and difficult.

The World Bank estimates that Africa needs to spend $38bn (£25bn) more each year on infrastructure – plus a further $37bn on operations and maintenance – just to sustain its current level of development.

So what’s the answer?

Could it be cargo drones – or “flying donkeys” as one Kenyan farmer put it?

Afrotech, a technology innovation project set up by the Ecole Polytechnique Federale de Lausanne (EPFL) in Switzerland, certainly thinks so.

Next year, through its spin-off company Red/Blue, Afrotech will begin testing cargo drones capable of carrying small packages across distances of up to 80km (50 miles). 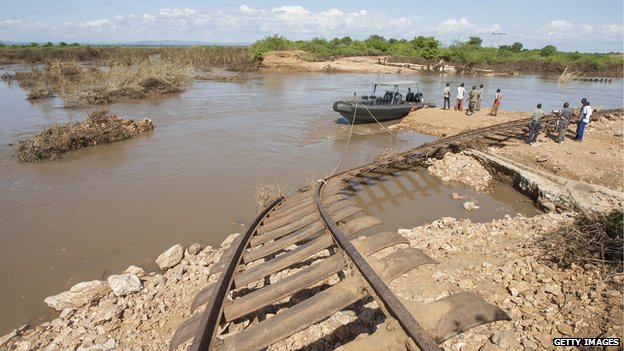 The first route will be a “red line” flying units of blood to remote health clinics.

“We want to prove very robustly that we can clinically save lives and improve medical outcomes by using cargo drones,” says Mr Ledgard.

But where exactly these routes will be is still up for negotiation.

The consortium is currently talking to a handful of governments in East, Central and Southern Africa over the acquisition of 10,000 sq km of airspace for three years to test the concept.

The hope is that once the “red line” humanitarian routes have been established and proven to work, this will open up the potential for “blue line” – in other words commercial services – to operate in cities.

“What we are trying is going to be faster, cheaper and more precise delivering,” he says. “Physical terrestrial infrastructure is not going to be enough by a long shot.

“The big money – and it will be huge money – will be in the commercial blue line. Industry will take care of that.” 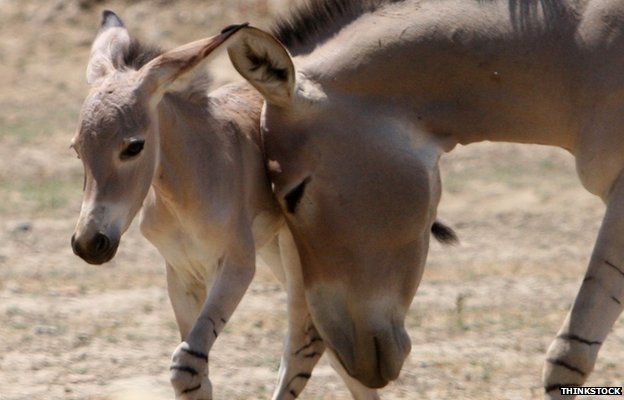 Kenyan farmer: “You want to put my donkey in the sky?”

“There will be big money, billions of dollars, in these blue lines within a decade, I’m sure of it,” he says.

Drones could account for 10%-to-15% of Africa’s transport sector in the next decade, he believes.

Pie in the sky?

But are “flying donkeys” really a feasible option for Africa?

University of Southampton’s Professor Jim Scanlan, who is testing the potential for cargo drones in Scotland’s Shetland and Orkney Islands, believes so.

In the same way that Africa embraced the mobile phone and leapfrogged fixed line telephony, “they will do the same with transportation,” he says. “It is so expensive to put in road or rail networks, so they will start using drones.” 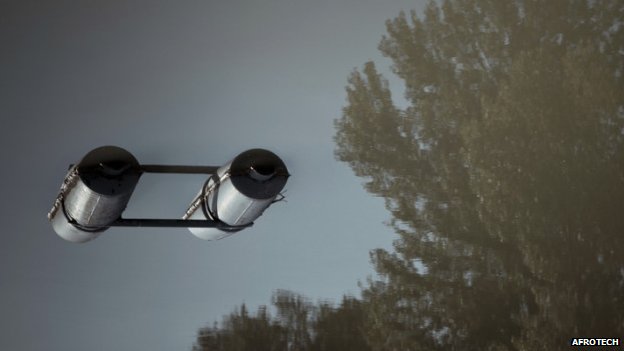 Cargo drones could be flying over Africa within 10 years 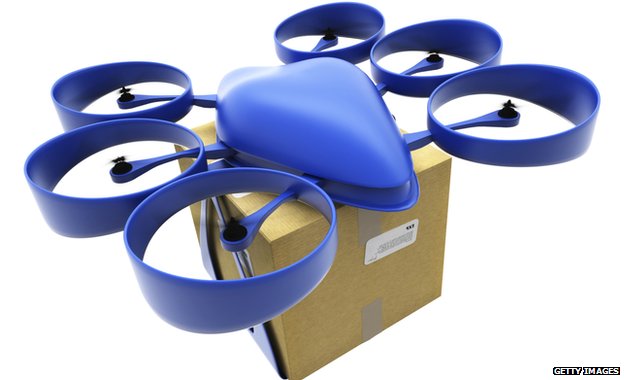 In his test areas, where adverse weather conditions make driving cars and flying aircraft difficult, Prof Scanlan says drones are proving their worth.

“Drones would be safer, and save lives. And it is cheap,” he says, adding that his team could currently build a functioning drone for the cost of a traditional white van.

Oliver Evans, chief cargo officer of Swiss International Air Lines, thinks there is “no doubt” that unmanned vehicles are one of the most exciting new technologies.

“If they sound exotic, outlandish, or even threatening due to their application in the single field of warfare, that is only due to the general lack of awareness or imagination,” he says.

But the lifting capability of drones will be an issue. Current civilian drone technology limits cargo package weight to about 20lb (9kg) maximum.

Adding more rotors to a helicopter-style drone gives you more lift but requires more battery power. This adds weight which then reduces the distance you can travel before needing a recharge.

Fixed wing drones will also be a possibility as they are more aerodynamic and efficient over longer distances.

But copter drones have the advantage that they can take off and land vertically in tight spaces. 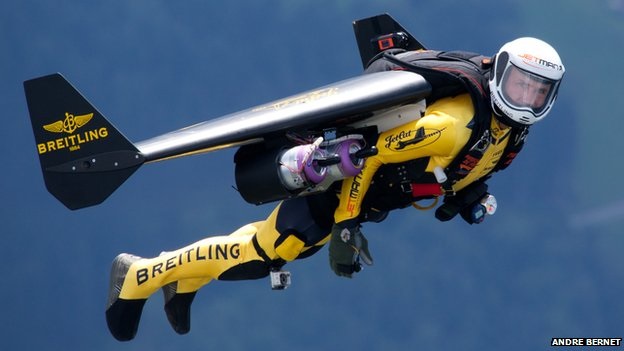 Yves Rossy, know as the Jetman, is a supporter of the Africa “flying donkey” challenge

Whatever their shape, cargo drones capable of carrying 20-30kg efficiently are unlikely to be in operation until around until 2021 or 2022, Mr Ledgard believes.

“But they are inevitable and they are going to be transformative,” he says.

The Flying Donkey Challenge, run by La Fondation Bundi and supported by EPFL and the Swiss National Centre of Competence for Research in Robotics (NCCR), is giving grants to fund drone development in the hope that these physical limitations can be overcome.

Tomorrow’s Transport is a series exploring innovation in all forms of future mobility.

The Challenge will culminate in a race of flying donkeys around Mount Kenya in under 24 hours, delivering and collecting 20kg payloads as they go.

Yves Rossy, known as Jetman for his habit of scorching through the air with a rocket-powered fixed-wing strapped to his back, is an advisory board member of the Flying Donkey Challenge.

But it’s not just technology that needs to improve to make flying donkeys a reality in Africa.

Governments and safety authorities need to put in place regulatory frameworks to accommodate this new form of transport.

Where will they be allowed to fly? What happens if they crash and damage property or people? Who will be allowed to operate them? Could they be hijacked? 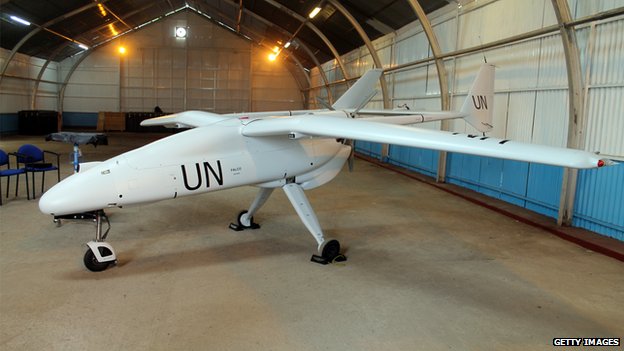 But Mr Ledgard believes Africa has a golden opportunity to lead the world in making cargo drones practical, reliable and safe.

“Ironically, the US FAA [Federal Aviation Administration] isn’t going to legislate on drones effectively in the next few years, so this is an opportunity for African countries to be at the cutting edge of new technology and one that makes sense for them.”

Nigerian’s aviation minister, Osita Chidoka, told the BBC: “We need to address the airspace management and regulatory issues, the safety concerns and the economics, but there’s a possibility that in 10 years we’ll see cargo drones flying across East and West Africa.

“Technological development is happening at the speed of light, so anything that helps us leapfrog the need for transport infrastructure has to be taken very seriously.”