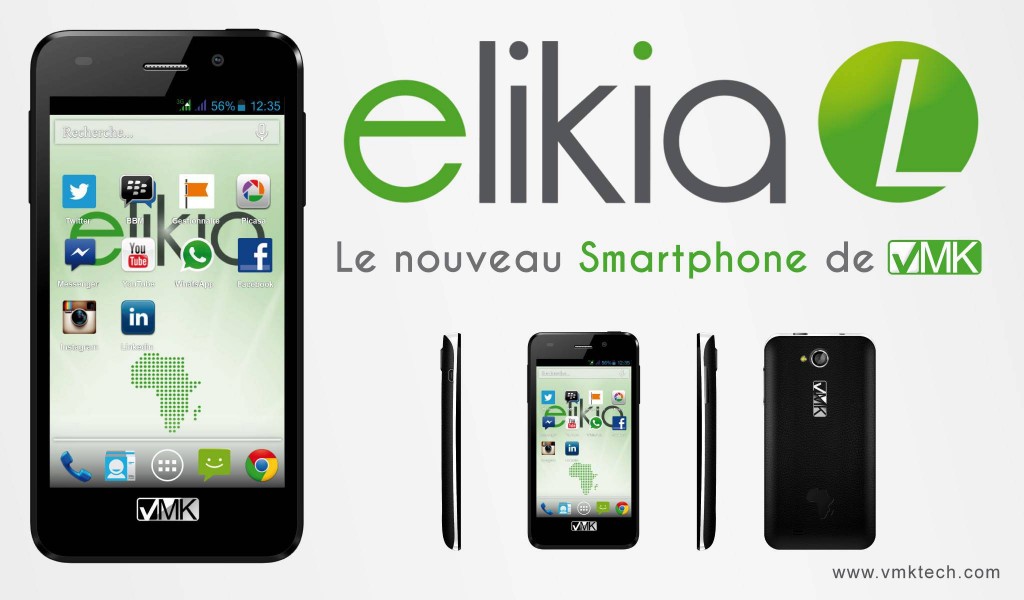 The Abidjan store opened on Thursday 19 February, 2015 and will exclusively sell products from the VMK range, marking the beginning of the Congolese company’s expansion beyond its borders. “The opening of a store in Abidjan is an essential step in the extension of our Pan-African vision. It is here, at the crossroads of West Africa, that VMK has decided to embark upon conquering the new class of African consumers,” said Vérone Mankou, founder of VMK. “We will offer a top-of-the-range selection of products, aimed at the general public.”

“My underlying ambition is to bridge the digital gap in Africa. These VMK stores are being set up to make new technologies accessible to as many people as possible,” Mankou explains. “We will offer a top-of-the-range selection of products, aimed at the general public.”

The Abidjan VMK store, which will provide 10 jobs, will be an addition to the company’s first-ever store in Brazzaville, capital of the Republic of the Congo, which was opened in partnership with the mobile telecoms giant, MTN.

VMK plans to expand its store locations to five countries in the region by the end of the year. A second store is scheduled to open in Abidjan before three others will be opened in Kinshasa, Douala and Dakar before the end of 2015.

The mobile device maker’s range, which also includes two smartphone models available from FCFA 11,900 ($20.5) and FCFA 19,900 ($34) has recently been enhanced by the addition of a premium model, the Elikia L, offered at FCFA 64,900 ($112). It comes equipped with a larger screen than its predecessor. VMK is getting ready to launch its second tablet in March, expected to cost less than FCFA 140,000 ($242). Its first tablet was Africa’s first locally made.

VMK’s devices are produced in China until now. But it will shortly be assembled in the soon-to-be factory in the Republic of Congo. This production unit, which is in the process of being built in Brazzaville, has required an investment of nearly $2 million and will be used exclusively for the VMK range of products.

To ensure locals are employable at the factory, VMK’s Chinese partner company has started training more than 90 people. The Congolese company plans to produce 350,000 units per month.