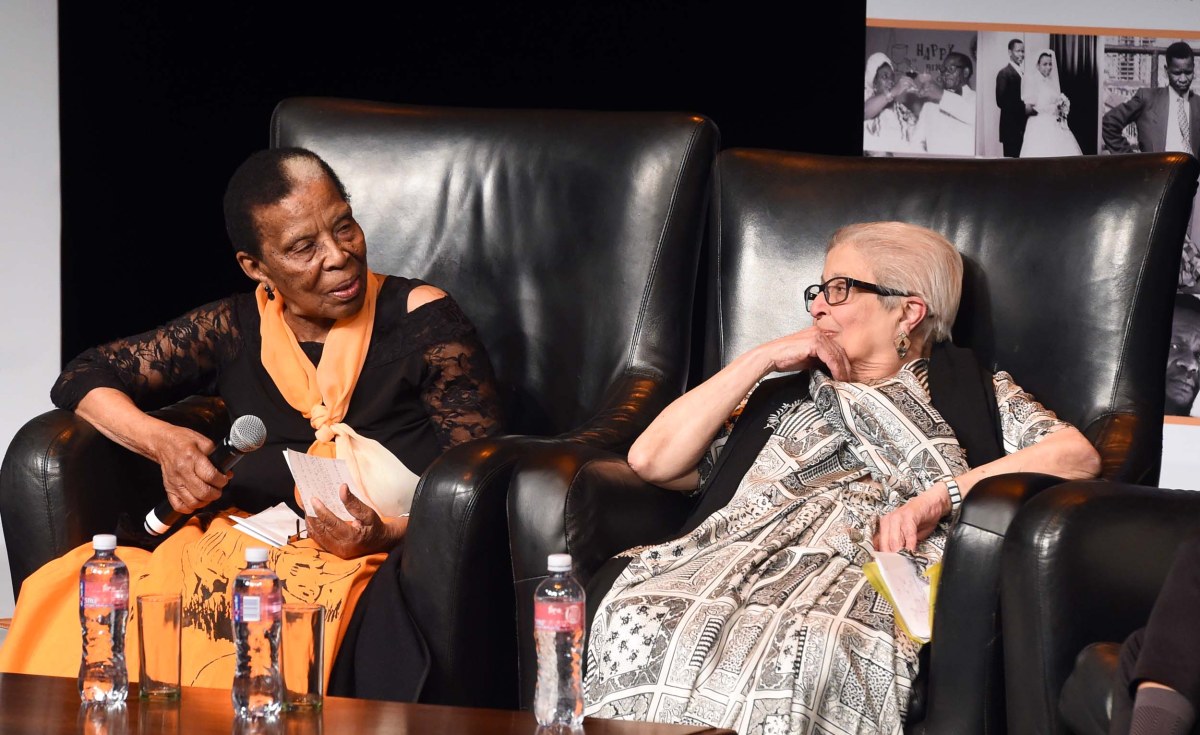 I met Frene Ginwala, who was defined to become the first Speaker of the Parliament of a democratic South Africa (and who has just died aged 90) first in Dar- Es-Salaam, Tanganyika, in June 1962.

I’d just attended the first Conference of African Writers held at Makerere University, Kampala, from June 11-17 of that year.

I was 25 years old, and filled with that zest of youth that welcomed every possibility of adventure as heaven-sent. So, having taken up the editorship of the Ghana edition of Drum Magazine for just over a year (Drum was founded in South Africa in March 1951 but soon sprouted editions in Ghana and Nigeria, as well as East and Central Africa; by 1962 , it was the the most famous magazine in Africa) my sense of gogogogo! was considerable!

Now, even before going to Drum, I had developed a very keen interest in the political situation in the rest of Africa, during my years as a news editor at the Ghana Broadcasting System. But, of course, there was no money at the GBS to travel to the places in Africa that we broadcast about!

But now, there in my hands had come a ticket that would take me to Kampala, Uganda, and back. I sought out a very competent Travel Agent, and with his help, converted my ticket into a very complex, but inexpensive, one that would enable me to go from Uganda to Kenya, then to Northern and Southern Rhodesia, (as colonial Zambia and Zimbabwe were called at the time), as well as to Nyasaland (now Malawi.)

I had a whale of a time in Kampala, but the place that I was dying to go to was Kenya. For in Kenya lived Africa’s greatest hero of the time, Jomo Kenyatta. Mr Kenyatta, leader of the Kenya African Union, had been imprisoned for almost ten years in 1952 by the British colonialists for allegedly leading an armed struggle by Kenyan African nationalist called “the Mau Mau rebellion”.

The Africans only wanted to take back their lands forcibly seized by white settlers. But the British used their superior arms to repress the rebellion mercilessly.

But in 1961, the British had caved in and released Mr Kenyatta. Now an Honourable Member f the Kenya Parliament, he was waiting in the wings to become Prime Minister!

I wanted an exclusive interview with him, and had arranged from Accra to see Mr Tom Mboya, a lieutenant of Mr Kenyatta’s about obtaining one. (Mr Mboya was receptive to the idea, because he had received a great deal of publicity, not least from GBS News, where I worked, when he was elected chairman of the famous All-African People’s Conference that took place in Accra in December 1958.

In Nairobi, I did get a nice interview with Mr Kenyatta, , and then flew to Dar-Es-Salaam. I found the place bustling with intense activity, all aimed at liberating Africa. The Mozambican African leader of the time, Edouardo Mondlane, was based there, and I interviewed him. But also there were many South Africans who had had to flee into exile, following the Sharpeville massacre of 21March 1960. What I thought were my “discreet” enquiries about who could arrange for me to visit South Africaclandestinely, led me to the doors of an Indian lady called Frene Ginwala.

I went to see her in a nice little house she had in Dar-Es Salaam. I didn’t know it then but she had done enormously heroic work on behalf of the African National Congress (ANC) after the struggle against apartheid was intensified, following the Sharpeville killings. As a lawyer and a journalist, sshe was so committed to the ANC that she used her cover to chauffeur several of the organisation’s leaders around the country to raise funds for those who needed to be secretly housed, while in hiding from the police, or to escape into exile.

It was Frene’s valiant efforts that enabled the deputy president of the ANC, Mr Oliver Tambo, to escape to Tanganyika, by way of Bechuanaland (now Botswana).

For all her heroic actions, Frene was as cool as a cucumber. When I told her that a colleague at Radio Ghana’s Swahili section had promised to get me an interview with the Tanganyika leader, Mr Julius Nyerere, but that no-one in Mr Nyerere’s office seemed to have heard of me, she calmly picked up the phone and spoke to “Julius” gently but directly about my problem. “Julius” asked her how long I would be in the country for, and when he was told that I would be there for only about a week, expressed his regret that he could not see me within such a sort period. I must say I was impressed with Frene’s gravitas!

What about my proposed secret visit to South Africa? I told her I had written to the office of Prime Minister Verwoerd from Nairobi and had been told that my visit could not be “permitted”! But I wanted to go all the same.

Frene laughed [at my stupidity?] but said she would see what she could do. Apparently, one of the apartheid regime’s many spies among the exile community got wind of my plan and reported it to his bosses in Pretoria, for when I returned to Ghana, one journalist colleague who had contacts with all manner of dubious people, told me that “the South African secret police were waiting for you to come there. They would have tried you as a spy sent by Kwame Nkrumah spy and executed you! ” I thanked my God that my plan didn’t work out.

Get the latest in African news delivered straight to your inbox

We need to confirm your email address.

To complete the process, please follow the instructions in the email we just sent you.

There was a problem processing your submission. Please try again later.

Frene Noshir Ginwala, who was of Indian descent, was born on 25 April 1932 in Johannesburg, (in the province now known as Gauteng but formerly known as Transvaal, in South Africa.) She died on 12 January 2023.

As already mentioned, she was the first Speaker of the National Assembly of South Africa, serving from 1994 to 2004. She was influential in the writing of the Constitution of South Africa and an important figure in establishing democracy there.

She was Chancellor of the University of KwaZulu-Natal; her Alma mater was the University of Oxford, England; after retiring as Speaker, she continued serving in a number of international organisations including UN subsidiaries, and a Trustee of the Nelson Mandela Foundation. Frene was also honoured with the North-South Prize[ 2003]; Order of Luthuli, [2005] and Order of the Rising Sun [2008].