7 tips for dealing with Chinese businessmen in Africa 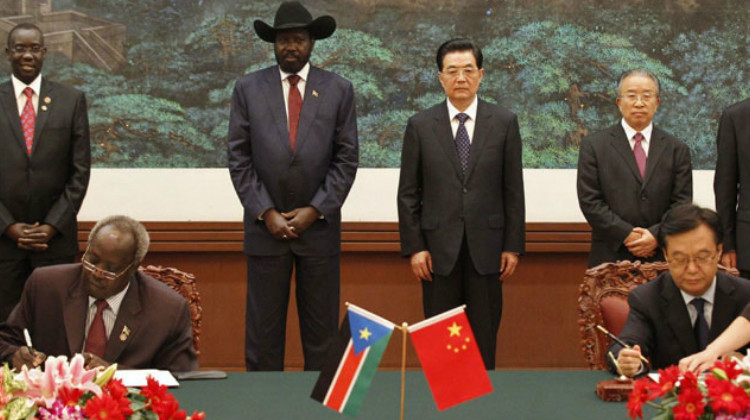 The Chinese have always looked at Africa from an eclectic perspective of infinite possibilities, and they are here for business, not to make friends. Do you know how to do business with the Chinese?

Entrepreneurs from Africa’s emerging economies send seductive business invitations to individuals all over the world, but it’s most often their Chinese counterparts who accept. Unlike others, the Chinese have always looked at Africa from an eclectic perspective of infinite possibilities, rather than as a place of scarcity and inadequacy. Would you agree that Africans should cease to consent to playing the role of the oppressed and attempt instead to envision mama Africa the very same way the Chinese do? If we don’t, we will only have ourselves to blame when in 30 years we find ourselves the poorer for our partnerships because we were unprepared for business with the Chinese.

Our old strategic friend China is well remembered for having fought colonialism with us shoulder-to-shoulder and helped independence movements in the 50s and the 60s, but for better or worse, now is the era of business, not idealism.

It’s no longer news that with commercial exchanges going from $10 billion in 2000 to $200 billion in 2013, China has become Africa’s leading economic partner, in front of the United States and Europe. The Chinese economy’s need for oil, minerals and other natural resources is one of the major reasons for this, but the Chinese are also recurring multiplayers in the sectors of clothing, transport, telephony, furniture, construction, and household appliances because they need a gargantuan market of the kind offered by Africa’s developing nations to soak up a supply of products they have no choice now but to continue producing.

As we become increasingly bound to Chinese, it is important for us Africans to know the most productive ways to deal with them. I grew up seeing my father conduct affairs regularly and effectively – or at least 70% of the time – with Chinese businessmen, and I have also had – on many occasions in and out of my continent – the opportunity to interact with them on resourceful professional grounds. From experience, the following points are the personal tips I have learned the hard way so you don’t have to. Do not hesitate to expand this list in order to enlighten more African entrepreneurs; share with us your personal experiences, advice and additional tricks on how to close a prosperous business deal with the Chinese industrialist.

1. Forget about compromises, he wants to win big
You’re African so you’re used to haggling when you go to the market. But whereas your typical market trader will start at double the price knowing you’re going to haggle till you arrive at a price that satisfies you both, Chinese entrepreneurs in Africa will start business negotiations at an astronomical price, sometimes 10 times higher than what they are actually expecting to close the deal for, and if they can get away with it, they will. Chinese businessmen (they’re usually men) always seem to want the bigger part of the cake and will welcome a result that makes the other party involved – you – miserable. If you start up the negotiation hoping to end up on a ‘win-win’, you won’t even have the time to ask, “What happened?” as you would have already been engulfed like the last barbecue chicken wing at an African wedding anniversary.

Start negotiations hoping to end up on a ‘win-win’ and you won’t even have the time to ask “What happened?”

So, forget about compromises and mutual benefits; look for the situation that profits you most, so that ultimately you always end up falling somewhere close. Because that’s what your adversary is doing.

2. Don’t send someone on your behalf
Your fortune cookie might have revealed something about your “prosperous luck” but do not get comfortable enough to delegate your business matters with a Chinese entrepreneur to one of your representatives. Keep in mind that his ability to understand better and faster the environments in which he operates has made the Chinese man and his international operations exceptionally successful. This is the reason it will always be safer for you to be physically present when the potential for profits and complementary benefits are discussed. Send a representative and your future Asian partner will regard this as a lack of consideration for the opportunity at hand, or as an incredible occasion to double his own interests using the cub you sent him. Delegate and your business will grow on his preferred terms rather than yours.

3. Keep the conversation simple
Remember that Chinese etiquette follows our capitalist everywhere. Topics such as Chinese politics, Taiwan, communism, government failures or human rights are usually not welcome in discussions. If you criticise the country, you criticise him and all the other nationals. In most cases, he will return the favour and avoid the panoply of possible subjects to engage about Africa’s own suspicious affairs.

4. No, you are not his ‘buddy’
The Chinese businessman is incontestably not in Africa to enjoy the taste of the local beers or have a good time with our single-and-hoping ladies, even if he happens to enjoy these while he’s here. Remarkably, the three main objectives he set himself when he first set foot on a new territory never leave his mind: profits, profits and profits. Therefore, when dealing with him, trying to become buddies, using inappropriate humour, getting personal or displaying gestures of affection will most likely result in you being awkwardly rejected or seen as a fool. But do not let the vile high-school days slowly creep back into your memory. It’s just that… You are just not his style. And as we say affectionately back home: ‘Friendship is not forced!’

5. It’s all about the last man standing
The following irritating yet amusing scenario is very common in my country – Gabon – when dealing with the Chinese: You have been seating for a long time, fervently discussing contracts for 8-10 hours nonstop. After a well-deserved break way past business hours, you are now ready to finalise what was previously decided but then you hear: ‘Never, we have never said this!’ or ‘When have we agreed on that? Let’s start from the top.’ When that eventually happens, try hard not to lose patience. Getting angry in front of a Chinese man means losing your credibility, and wielding your physical strength will only be perceived as weakness.

Our consociates from Eastern Asia look forward to these additional hours of negotiation to make you weak, somnolent, slow and ready to sign anything. Don’t let that happen to you and begin with the end in mind: Coming out v-i-c-t-o-r-i-o-u-s. Get physically – coffee is your friend – and mentally ready for the war of the minds, and don’t give up until they do! Beware, this may take all night.

6. Translators are worth their fees
To avoid what happens in situations like the one mentioned above, a professional interpreter may be indispensable. Chinese businessmen are not always comfortable with the language spoken in your country of origin, and you probably aren’t so fluent in Mandarin that you can comfortably conduct important negotiations in their language without a translator. Therefore establishing an effective communication plan during negotiations for the writing of legal documents is imperative, to avoid the ‘little mistakes’ that could change the substance of an entire proposal. And don’t expect a translator suggested by your Chinese adversary to have your back. Find and hire one yourself.

7. Giving, keeping and losing face
Probably the most important point of them all: if you understand and respect the Chinese culture of “Face”, you’re already halfway through closing your deal. Tom Doctoroff reported a few years ago in the New York Times: “Face is the currency of advancement. It’s like a social bank account. You spend it and you save it and you invest. And when you take away somebody’s face you take away someone’s fundamental sense of security.” Hence, anytime you feel the urge to make negative remarks to a Chinese businessman, wait to be in private. You may lose a great strategic partner by exposing his flaws in front of other characters. This ranges from ordinarily inoffensive sarcasm to pointing a finger at a mistake he may have made. Remain appropriate.

In conclusion, remember that as menacing and overwhelming as the phenomenon of ‘Chinatowns’ rising all over Africa may appear, the diversification of economic partners is a real added value for Africa in this epoch of monetary uncertainty. Before being criticised by the majority of Africans, our tight relationship with China would actually gain from being carefully understood first. In effect, the power of our strategic benefits could be a great asset for our continent, hitherto regularly confronted with unbridled economic jolts. Are you ready for all the future projects that will require their collaboration? Think sooner, better and faster and a firm handshake, a winning smile and an unshakable determination will be all that you will need!