5 Nations That Imported Europeans to Whiten The Population 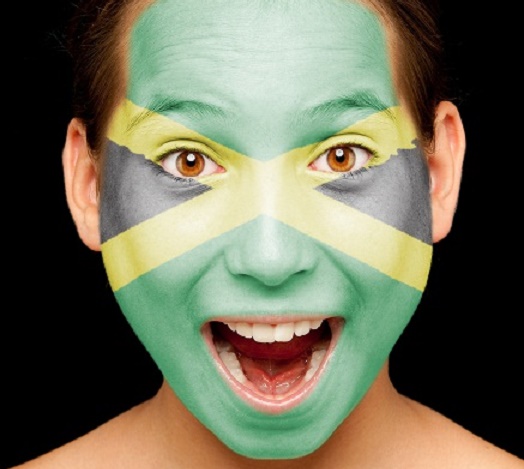 Australia’s natives have been victims of oppression in many ways and for various reasons for nearly 200 years. Their land had been taken over by European settlers, and later on they were forced to assimilate into white society.

AO Neville, the Chief Protector of Aborigines from 1915 to 1940, inspired by the same eugenics propaganda that informed the Blanqueamiento in Latin America, attempted to use miscegenation to breed the blackness out of the Indigenous population. Following the Second World War authorities began a slow shift away from biological assimilation to one of cultural assimilation.

From 1869 until well into the 1970s, thousands of indigenous children under 12 years of age were removed from their families to be absorbed into the white community.

To reinforce attempts to whiten Australia, the Australian government’s first act was to pass the Immigration Restriction Act. Often referred to as the ‘White Australia policy’ this effectively banned non-white migration for 50 years and offered money and jobs to immigrants with European ethnicity. Brazil’s whitening ideology gained support from two scientific racist beliefs that were prominent during this time. One being Social Darwinism, which applied Darwin’s theory of natural selection to a society or race, and the other being Aryanism, the belief that the “white” Aryan race was superior to all other cultures. By combining these two ideas, a certain portion of the Brazilian power elite believed, from roughly 1880 on, that the nation could be “whitened” and thus “improved” if whites were encouraged to mate with Black

To further ensure that Brazil became whiter, a series of laws were passed prohibiting the immigration of Black people to the country.  In 1945, the Brazilian government issued a decree favoring the entrance of European immigrants in the country: “In the admission of immigrants, the need to preserve and develop, in the ethnic composition of the population, the more convenient features of their European ancestry shall be considered.”

At the dawn of the 20th century, Afro-Cubans enthusiastically joined the struggle for independence against Spain in hopes of building a nation based on racial democracy.  However,  the U.S. military presence in Cuba from 1898 to 1902 and again from 1906 to 1908 propped up and defended a racist ruling class, who pursued policies that actively sought the “whitening”  or Blanqueamiento of the nation.

The power elites promoted interracial marriage and the Cuban government created immigration laws that invested more than $1 million into recruiting Europeans, mostly from Spain, into Cuba in order to whiten the state and excluding Blacks from every aspect of national life.  A ban on “non-white” immigration was also implemented.

Despite the massive investment in European DNA, many of the immigrants did not stay in Cuba and came solely for the sugar harvest, returning to their homes during the off seasons. Although some 780,000 Spaniards migrated between 1902-1931, only 250,000 stayed.

By the end of the 1920s, Blanqueamiento as a national policy had effectively failed. It did, however cause lasting damage by shifting the demographics of Cuba and solidifying the social and economic marginalization of Afro-Cubans. After the abolition of slavery in Jamaica (Aug. 1, 1834), many plantation owners feared an impending shortage of labor. Apparently the newly freed  and well experienced Africans on the island were not good candidates for a paid labor force.

Consequently, the former slave owners sought new measures in an effort to solve this problem. One solution was the establishment of a European settlement by Lord Seaford, then-owner of Montpelier Estate and Shettlewood Pen which were located in Westmoreland, in the parish of St. James. More than 1,000 Germans were brought to Jamaica with the promise of being granted housing, land and employment.

The white migration never amounted to much, because mixing with the Black population and migration to the U.S.  depleted much of its population. Moreover a century of in-breeding had a degenerative effect on what’s left of the population. However, many Jamaicans in Seaford Town and German Town in Trelawny carry heavy European features such as blue eyes, blond hair, freckles and white skin, as a result of the German genetic influences. In 1820 the British authorities persuaded about 5,000 middle-class British immigrants  to leave Great Britain and settle on tracts of land that were being violently disputed by the Zulus and the Boers. The idea was they were supposed to provide a buffer zone, but the plan was unsuccessful because within three years, almost half of the settlers had retreated to the towns to pursue the kind of jobs they had in Britain.

From 1870 onward, there was large-scale immigration to South Africa following the discovery of gold and diamonds.  In the Transvaal, the site of the gold discoveries, the white population expanded eightfold.

In 1948, while European South Africa was facing food and housing shortages, rampant inflation an unemployment the government ramped up state-assisted immigration from Europe in what Prime Minister Smut said was an effort to ensure South Africa’s economic and industrial expansion, and to ensure the maintenance of Western civilization.

Following the implementation of the apartheid regimes immigration program, Europeans, primarily from Britain, arrived at three times the rate as they previous did. Meanwhile native Africans were being murdered, forcibly removed from their land, and immigration laws were being used to arrest those who were found in  “white designated” areas for more than 72 hours.

Although the Europeans declared South Africa a white man’s country during apartheid, immigrants from Taiwan, South Korea and Japan were considered honorary whites in the country. They were granted the same privileges as white people for the sake of maintaining diplomatic relations with the respective nations.