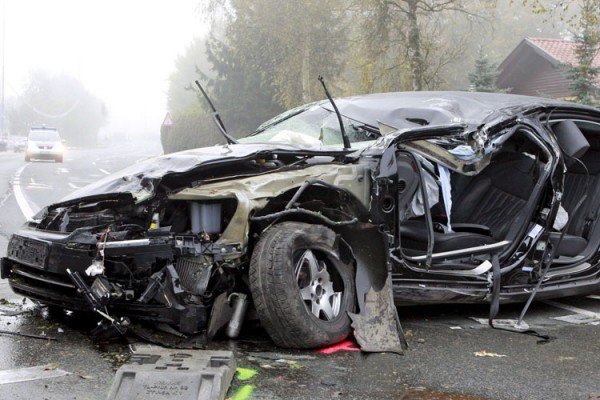 The Bauchi State Police Command has confirmed the death of 13 people in a road crash at Sabon Garin Nabordo along the Bauchi-Jos highway.

The command in a statement on Tuesday by the Spokesman of the command, DSP Haruna Mohammed, said the accident happened when a motorcyclist collided with vehicles coming from opposite directions.

Mohammed said the two vehicles driving had head-on collision on Sunday evening while trying to avoid hitting the motorcyclist who was among the dead.

“The accident occurred when the motorcyclist without due care and attention suddenly crossed the highway and the vehicles had a head on collusion while trying to dodge him.

“As a result, 12 passengers and the motor cyclist died on the spot while four others sustained various degrees of injuries, he said.

The spokesman said that a police patrol team attached to the Toro Police Division had visited the scene and evacuated the victims to Nabordo Clinic for medical attention and post- mortem examination.

He said that identities of the victims were yet to be ascertained, advising members of the public whose relatives embarked on trips on the route to visit the clinic for possible identification of their relatives.

Mohammed said that investigation on the incident had commenced.