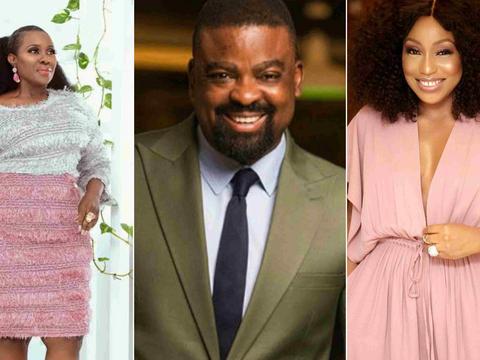 However, the Nollywood stars will be combining efforts and engaging in cultural and idea exchange with other film practitioners across Africa and in the diaspora.

Rita Dominic is scheduled to join other participants across Africa at the 2019 Cannes film festival. [Instagram/Rita Dominic]

Nollywood participants will be joining participants from other African countries including Uganda, Kenya, South Africa, Tanzania, Ethiopia, Rwanda, Niger, Togo, Ghana, Burkina Faso, Gabon, Djibouti, USA, Jamaica, Brazil, Guyana, Guadeloupe, Martinique in exchanging ideas and seeking collaboration at the Pavillon Afriques, a film market section of the Cannes Film Festival dedicated exclusively to the business of film in the African continent and among its diaspora.

In a statement to Pulse, the hub’s Operations Director, Prudence Kolong, noted that the hub will run from May 14 to May 25, 2019.

Kolong also said, “With this project, we are creating a unique venue for movie trade and promotion that outlines the diversity and plurality from Africa and its diaspora film and television content. Our ambition is to become an exclusive business platform where film industry stakeholders meet, discuss, trade, make deals and take advantage of the unique atmosphere of the Festival de Cannes.”

Participants from Nollywood and other markets

Joke Silva has been announced as one of the African ambassadors expected at the 2019 Cannes film festival.

Themed ‘Connecting the Past, Present and Future’; the African market section of the Cannes film festival will have a full schedule with a mix of private and public sector roundtables, discussions on film financing and content distribution, a series of country produced destination seminars, celebrity-hosted panels, leadership workshops, film screenings and more, the program is set to be the most fascinating hub out of Cannes in 2019.

Hosted by the Pavillon Afriquesis, the hub is designed to become the busiest, most unique, networking and business hub at the film festival in 2019.