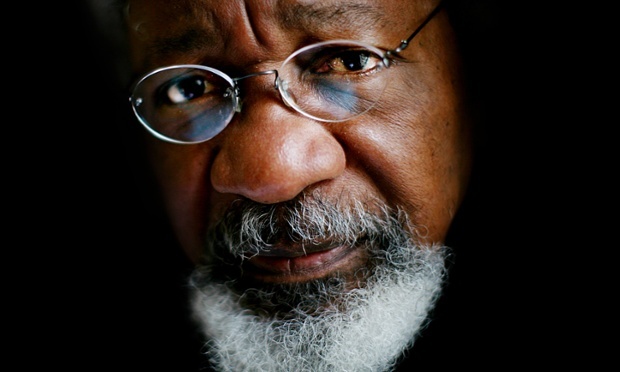 Nigerian Nobel laureate receives strong support to win 300-year-old position, held in the past by writers from Matthew Arnold to Seamus Heaney

Nobel laureate and political activist Wole Soyinka has put himself forward as one of three candidates for the position of Oxford professor of poetry, a 300-year-old elected post which is seen as the top academic poetry role in the UK.

First held by Joseph Trapp in 1708, the professorship, second only in prestige to that of poet laureate, has been filled in the past by Matthew Arnold, Cecil Day-Lewis, WH Auden, Seamus Heaney and Paul Muldoon. The 2009 election saw the acclaimed poet Ruth Padel, the first woman to be elected, resign less than two weeks after securing the post. Her departure came after the revelation that she had alerted journalists to allegations of sexual harassment which had been made against her rival for the position, Nobel laureate Derek Walcott.

The eminent poet Geoffrey Hill was elected the following year ahead of nine other candidates. Hill, winner of a host of poetry awards, will complete his five-year tenure this summer, with Oxford graduates due to vote on their choice of his successor next month.

Candidates need to be nominated by at least 50 Oxford graduates. Soyinka, who writes drama, novels and poetry, and who was imprisoned in solitary confinement in Nigeria during the 1967-1970 civil war, his poems smuggled out on toilet paper, received more than 90 nominations, including votes from writers Melvyn Bragg and Robert Macfarlane.

Soyinka won the Nobel in 1986 for his “wide cultural perspective [which] with poetic overtones fashions the drama of existence”. He will be competing for the Oxford post with Ian Gregson, a poet, literary critic and professor of creative writing at Bangor University who was backed by 54 graduates. In a provocative statement setting out his intentions if he were to be elected, Gregson said he wanted to “address the major issue facing contemporary poetry, which is, nonetheless, the one most shunned in the poetry world: how poetry has suffered, in recent decades, a catastrophic loss of cultural prestige and popularity”.

“Five hundred years, in which poetry and indeed the poet played a central role in the culture, are at an end. You could, now, be as talented but self-destructive as Dylan Thomas, or you could fight a corrosive but symptomatic gender battle like Sylvia Plath and Ted Hughes, but go unnoticed,” he writes, blaming the shift on the rise of popular culture – including television, which he says “shaped a crucial shift in which the visual took the upper hand over the verbal, and thus, the literary” – but most of all on new media.

“It is not the content of the internet that’s the problem but its form,” writes Gregson. “No matter how many poems are mounted on the web, the sensibility it creates is indifferent to poetry. This is a medium which ranks words below images, and delivers those images at great speed. It is the opposite of poetry, which, in this context, is made to seem ponderously slow, atavistically verbal, and snobbishly inaccessible.”

Seán Haldane, a poet, award-winning novelist and psychotherapist who ran against Hill in 2010, is the final candidate, with 51 backers.

“Oxford’s professorship of poetry is one of the most famous and illustrious positions in the world of letters, and the chair has been occupied by some of our greatest writers, both poets and critics,” said Seamus Perry, professor of English literature at Oxford. “It has been an honour and a delight to have Geoffrey Hill in the post, and he will be a hard act to follow. I am delighted to have such a strong and diverse list of candidates for this year’s election.”

The winner will be announced on 19 June. The professor’s duties include giving one public lecture a term, as well as encouraging “the art of poetry in the university”, and are rewarded with a stipend of £12,000 a year.