Why Nigeria is the Next Economic Power 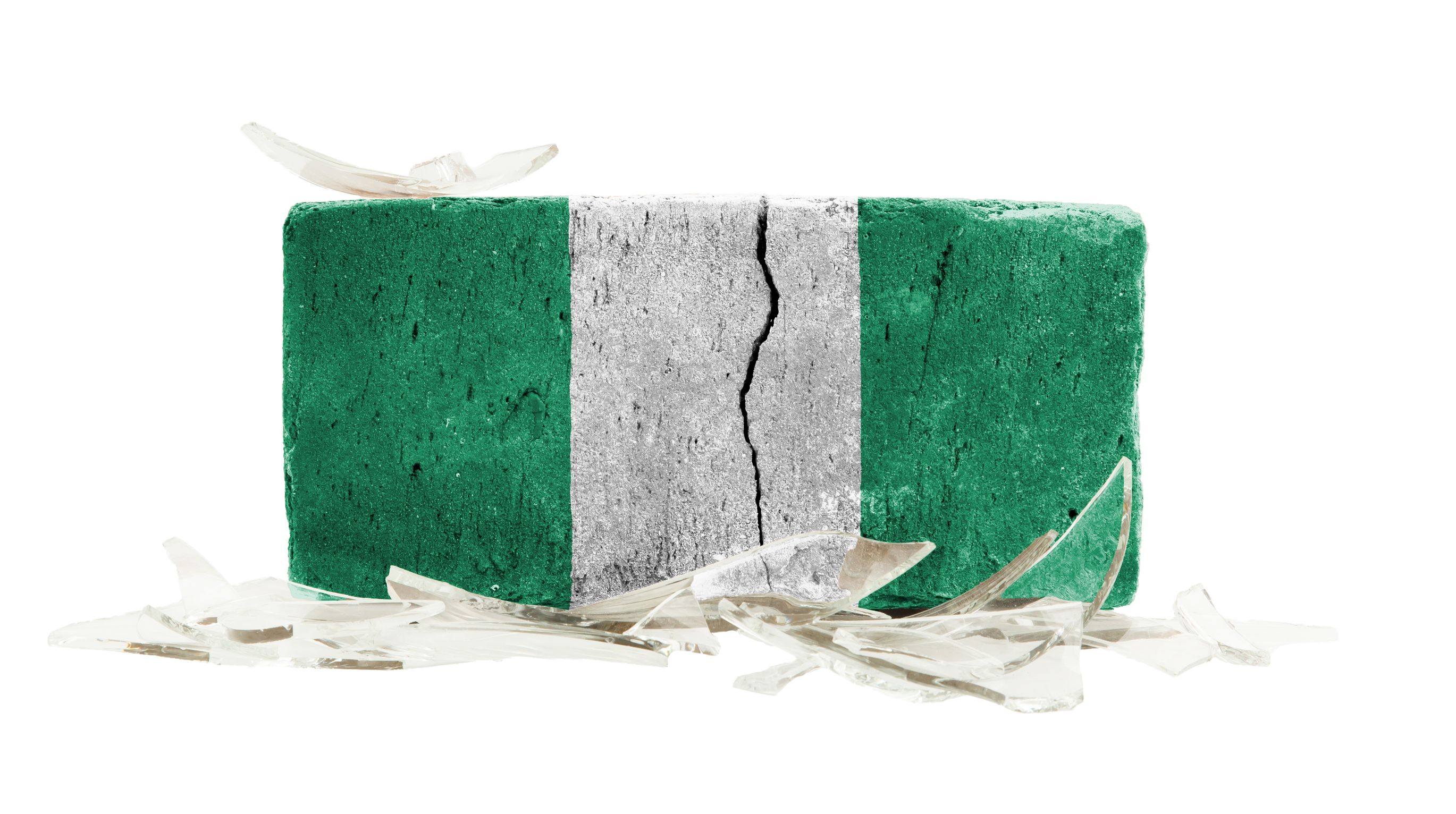 Nigeria is Africa’s largest economy. With a population of 177 million people whose incomes and opportunities are rising, it is poised to be one of the world’s 20 largest economies within the next decade. This economic assent is powered by an average growth rate of 6.4% over the past five years, one of the fastest in the world.

International business leaders and investors are taking notice. In 2013, Nigeria attracted an estimated $7 billion in foreign investment. Multinational companies like Proctor & Gamble, Nissan, Unilever, Dow Chemical and GE are making investments in manufacturing, consumer goods, infrastructure, services and agriculture. These business sectors are driving new employment for Nigerians, resulting in millions of jobs created over the past five years. And government support for small and medium enterprises is contributing to growth, job creation and entrepreneurship.

“Nigeria’s promise has made it a test-bed for the Africa strategies of consumer-goods firms. This is not only because of its size. It is also because of the spread of Nigerian culture—its music and movies—around Africa.”
— Yaw Nsarkoh, Manging Director, Unilever

The oil and gas sector has been, and remains, an important driver of economic activity and a destination of foreign investment.  This sector is the largest source of revenue for the national government. But today, the services sector contributes 51% of GDP.

Manufacturing’s contribution has increased to 13%, with a growth rate that is the fastest in the world[1]. New investments are being made in cement, construction, food processing, fertilizers and textiles. The agricultural sector is being revitalized — food imports have been reduced by half and domestic food production has increased by 20 million metric tonnes.

“Nigeria is a shining example globally in terms of success story in cement production. We see a long term future in Nigeria and we are ready to work with the government and all the stakeholders to grow the sector.”
— Joseph Hudson, Managing Director, Lafarge Cement

Privatization opportunities in the transport, power and agribusiness sectors are creating public-private partnerships and high-yield investment opportunities. One sign of growing international confidence in doing business in Nigeria was its $1 billion Eurobond, which was oversubscribed by fourfold. Another is Nigeria’s stock exchange, which is the largest in Africa as measured by market capitalization.

While international business has been attracted by the potential of Nigeria’s growing middle class market, the economic fundamentals of the country are sound and today offer a lower-risk environment for investors. In the last four year inflation has been reduced by half, the currency has stabilized, and per capita income has doubled while the poverty rate has been halved. The dramatic improvement in living standards is aided by Nigeria’s well-capitalized and well-regulated banking sector, which has increased loans to farmers and small businesses and introduced mobile banking technologies.

Fewer cars are rolling off cargo ships into Nigerian ports. In their place, the first wave of “built in Nigeria for Nigerians” cars are being produced at the new Nissan manufacturing plant in Lagos.

Nigeria is rapidly becoming the primary target for automobile manufacturers looking to take advantage of the growing African consumer market. Jimmy Dando, general manager of sub-Saharan Africa Nissan, told CNBC Africa, “In Africa, we see a good opportunity for Nissan’s growth plans and in a country like Nigeria, where you have a population of 170 million people and the largest GDP in Africa, we see an opportunity for growth.”

A lack of modern infrastructure has traditionally hampered Nigeria’s growth and progress. That’s why important investments are being made in the power sector, in building new highways, roads and railways; in constructing dams and dredging waterways; in introducing information technologies to businesses and consumers; and in improving facilities and service in both the country’s airports and seaports.

These much-needed investments are being made as part of Nigeria’s Transformation Agenda – a far-reaching set of reforms and national priorities designed to build a modern economy that offers new opportunities for Nigerian entrepreneurs and workers, as well as a more inviting and hospitable environment for international companies to do business.

The challenge for Nigeria in the years ahead is to sustain the economic momentum of recent years, to continue diversifying the economy and to ensure that growth results in ever-rising incomes and living standards. There is also a need to improve competitiveness and productivity, and promote greater integration with regional and world markets.

Nigeria’s strong growth over the last five years has positioned it for more progress in the years to come, fueled by continued investment in its people, infrastructure, and institutions. International partners and investors should take a closer look at Nigeria today and watch this country’s progression toward becoming one of the world’s next economic giants. 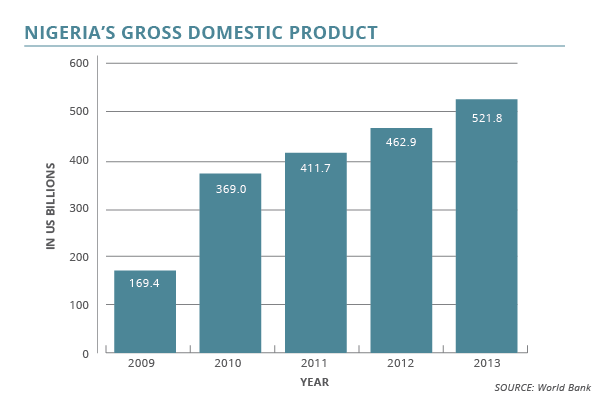