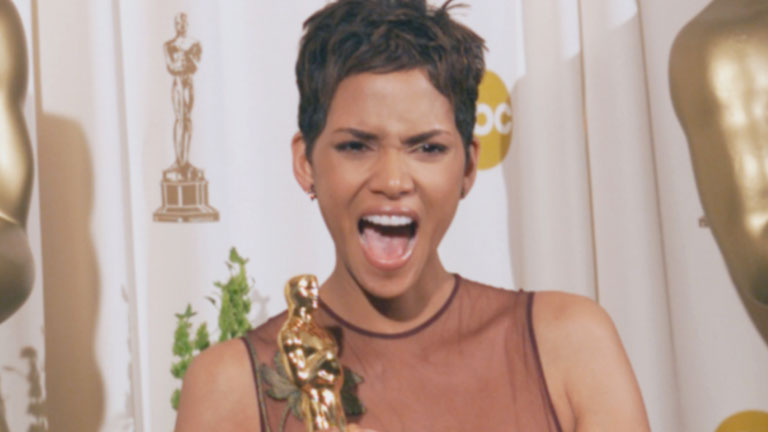 Hollywood is making decisions about its future by relying on assumptions from the past.

It has been 13 years since Halle Berry and Denzel Washington made history on the Oscar stage, taking home statues for Best Actress and Best Actor. In her acceptance speech, Berry — the first black woman to win the category — proclaimed that the “door has been opened” for other deserving actresses of color to win the honor. History has proven this to be an overstatement.  Only 10 black actresses have been nominated in the leading role category, and Berry is still the only winner. There’s no hope that will change at the 87th Academy Awards this Sunday — no people of color are nominated for acting.

Hollywood has consistently snubbed minority actors and actresses. Some movie studios justify their diversity problem with economic arguments: In a leaked e-mail to Sony Pictures Chairman Michael Lynton, an unnamed producer warned against casting Washington in films that would be marketed overseas: “I believe that the international motion picture audience is racist — in general, pictures with an African American lead don’t play well overseas.” Such judgments reveal Hollywood’s outdated mindset and ignore the rapidly changing demographics and tastes of international moviegoers. Africa, in particular, has remained a perennial blind spot, threatening to become a missed business opportunity for Hollywood. Movie watching is growing rapidly in several African nations, and there is evidence that black leads attract the attention of that growing audience and others.

International moviegoers deliver nearly 70 percent of the industry’s business today, with nearly a third of that global box office coming from Asia — especially China, Japan and India. The industry is courting that audience by producing high-tech films that wow on Asia’s growing number of 3D movie screens, and distributing more films with Asian characters and settings. “Life of Pi,” the 2012 film about a shipwrecked Indian boy, shocked movie executives by earning nearly 80 percent of its sales in foreign markets. South Korean actor Byung-hun Lee was cast in the 2014 movie “G.I. Joe: Retaliation,” which grossed $42 million in its opening weekends in East Asia, more than half of its total foreign opening weekend sales. Now, when industry decision-makers look beyond U.S. shores, their first question is, “Can this sell in China?”

But that view is short-sighted. Movie-watching in African nations like Nigeria, Ghana and South Africa has exploded in recent years, alongside a rapidly growing middle class hungry for entertainment that reflects local perspectives and phenotypes. Nigeria’s film industry, dubbed Nollywood, is already home to the world’s third-most-valuable movie industry, worth more than $500 million and bested only by Hollywood and India’s Bollywood industry. Producing nearly 50 movies a week, mostly with low budgets and local actors, Nollywood now churns out more films than its California counterpart. And Africa is not the only place with a growing black middle class with a desire for movies with diverse stories. In this hemisphere, Colombia has 5 million citizens of African descent, and 50 percent of Brazilians identify as black. Hollywood would be wise to court these customers now, as they develop new behaviors and spend newly found disposable income.

Certainly, Hollywood films built on black lead characters rarely have been runaway hits. Will Smith’s “Independence Day” is the only one to have cracked the global top 50-grossing films — and that was in 1996. But this has less to do with the race of the actors than with the expectations of the studios. When industry executives limit their investment in films anchored by people of color, their low expectations become self-fulfilling. For instance, international sales made up only 7.1 percent of revenue for last year’s “Think Like a Man Too” — but the film was released in only 11 foreign countries (and earned half its international take in Africa). But when these films are well marketed, they succeed overseas. “The Butler,” for instance, was release in 43 countries (but not China), and earned 34 percent of its revenue abroad. And “12 Years a Slave,” boosted by its Oscar recognition, generated 70 percent of its sales in the 48 foreign countries where it was released.

With movie after movie after movie, films with black directors or black leads have struggled to get funding, industry attention or international box office support — and yet many have gone on to outperform studio expectations. For industry executives, “it’s becoming harder and harder to bury their heads in the sand and pretend there’s not this demographic earthquake happening,” Darnell Hunt, director of the Ralph J. Bunche Center for African American Studies at UCLA, told The Washington Post. “At some point, it’s not going to be sustainable. They’re going to have to start making movies that people of all colors will want to see.” While some actors from the African diaspora have been awarded by the industry — Lupita Nyong’o and Chiwetel Ejiofor, for example  — Hollywood seems to ignore their ability to appeal to cross-cultural audiences.

The fact that there are still only a handful of brick and mortar cinemas in African markets shouldn’t be a disincentive for Hollywood to invest there. This is an advantage for the film industry and a ripe opportunity to innovate. As some did with land-line phones, African markets are starting to leapfrog past past movie screens and go straight to video on demand. Streaming services, like Netflix, are disrupting traditional movie distribution in Europe and in the U.S., and studios have struggled against movie theaters to develop partnerships for online distribution. They won’t encounter that pushback in Africa. In the past three years, Iroko TV, described as “Netflix for Nollywood,” has amassed more than 5,000 titles and received 1 million unique hits monthly from 178 countries, according to Reuters. While some movies are distributed for free, consumers are willing to pay a $5 monthly premium subscription. Iroko has expanded into South Africa, and opened offices in New York and London, recognizing the opportunity to reach movie fans in the far-flung African diaspora.​

Hollywood has the potential to capitalize on Africa’s growing demand for movie entertainment, if it lets go of its prejudices and outdated presumptions about black lead characters. While Sunday’s Academy Awards ceremony won’t make any racial history, it’s clear that Hollywood risks missing a win-win if it continues to make decisions about its future by relying on assumptions from the past.
Source: Washington Post
(0 votes) 0/5
Share on facebook
Facebook
Share on twitter
Twitter
Share on linkedin
LinkedIn
Share on whatsapp
WhatsApp
Share on email
Email