We Want Electricity, Not Power 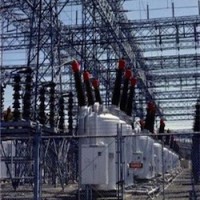 The distinction is very important and could lead to misunderstanding of the challenges we have with electricity. Generation calculated in megawatts has been governments’ ways, for years, of creating vain hope about improvements in electricity. We all know better, except those who believe that once the promises are made they have done their work.

Does the government not know these? Why does it keep deceiving the people about its new abilities to generate more power when the facilities cannot get the power to users? What does additional generation mean if it would not improve supply? Does government understanding of the movements that have resulted in DISCOs (distribution companies) and GENCOs (generation companies) include that Nigerians would have electricity at points they want them?

Every announcement of new generating facilities, promises of more transmission lines, creation of DISCOs and GENCOs raise the expectations of Nigerians. Instead their fate has been new tariffs (always) higher and monthly meter maintenance charges (N750), which they must pay, with or without electricity.

President Goodluck Jonathan tepidly captured the consequences of poor electricity supply thus, while commission a new line at the Egbin power facility, “Small and medium enterprises cannot thrive if owners of such businesses are left to generate their own electricity. Egbin power facility presents a vision of our drive to give stable power supply to Nigerians.” Are we supposed to applaud this new found wisdom? Enterprises would not survive, not to talk of thriving without stable electricity supply, which affects industries, not minding their sizes, homes and governments.

Professor Chinedu Nebo, Minister of Power, at the event, promised 10,000MW by 2016; and, 12,500MW by 2017. When would these megawatts get to users? Nigerians have never been interested in what is generated, but improved electricity for their use.

It insults their sensibilities that at times of worsening supplies, all they hear are applauses about increased power generation.