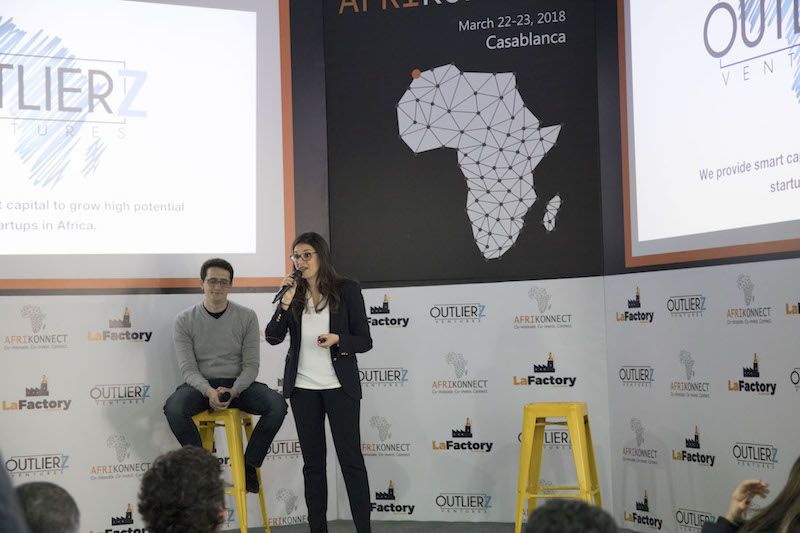 Every country has its own identity and challenges, let alone a continent.

For most of the investors and stakeholders who are solely focused on the MENA region, Africa is still a missed opportunity, or more simply, in the shadows. Perhaps what makes it so hard to get is the fact that you can’t simply get a grasp of what’s going on there – be it in terms of doing business, challenges or investment – unless you have both feet in the water.

To get a glimpse of what’s happening in the African ecosystem, we chatted with Kenza Lahlou, the cofounder of Startup Your Life, a startup ecosystem builder in Morocco and the managing partner of Outlierz Ventures, a Seed and Series A fund in Africa. The fund, which was launched last year, has a pipeline of four startups, only one confirmed and will be announced shortly. The cofounder is trying to build bonds with players and co-investors and entrepreneurs. Outlierz will be targeting Nigeria, South Africa, and will be also going to Kenya and Rwanda, Senegal and Ghana later this year.

“There are interesting things happening here,” said Lahlou. The woman entrepreneur has been working since 2013 through Startup Your Life on developing the ecosystem in Morocco and creating a network of entrepreneurs and stakeholders to connect and learn from each other.  Her first objective back then was to build this link, the ‘building stone’ as she calls it, before moving to fueling the launch of startups and helping them grown. In 2017, four years later, she noticed that the number of high growth startups was still low. So she co-launched Outlierz and onboarded advisors and stakeholders to back it up. Some of these people include Michael Seibel, the CEO of Y Combinator and Hasan Haider, venture partner at 500 startups MENA among others.

Here are here thoughts about the missed opportunity for investors who are still not investing in Africa and what makes this continent a great platform for solving social and economic problems using technology.

It has the world’s highest mobile penetration and the youngest population. In the next few years, smartphone penetration will be the highest in Africa, where 70 percent of the population is under 35 years old. Imagine in the coming years how many users will be connected.

It has one of the most funded startups in the world. Africa talks big numbers. VC investment is increasing fast. In 2016, $360 million were invested in African startups, almost nine times more than three years ago. Out of this, $100 million was invested in Nigeria, another in South Africa and another in Kenya. So the other $6 million is spread around all the African countries. We have three leading ecosystems, and this year, in 2017, the total investment grew to $506 million, signaling a growth of 50 percent. Investors understand something is happening.

Nigeria alone is two times the size of Egypt. Nigeria is one of the biggest markets in Africa, with around 198 million people. This is twice the size of Egypt and almost the size of the whole MENA market. The internet penetration is high, they are English speakers, and tech savvy. This is why they have more startups. Andela, a Nigerian full stack developers training startup, is one of the most funded startups in Africa, and it raised $80 million. They train developers then place them remotely in tech companies around the world, and mostly in the US, since these big companies want affordable talent. Mark Zuckerberg invested in it.

It’s impatient and B2B-oriented. We don’t like to do ecommerce, we prefer B2B [as it’s easier to penetrate and has a bigger market]. The MENA region is B2C-oriented and it’s working there. In Africa, ecommerce is bad, Jumia, an online marketplace, invested a lot but it’s still hard, because the fundamental problems are logistics and payment. And this is why we have a lot of fintech startups trying to address the micropayments. Fintech startup Paystack, which is based in Nigeria, joined Y Combinator and later raised $1.3 million from international investors. WaystoCap, a B2B online trading platform in Morocco, is providing users with a place to get relevant offers, find good prices, and trade or buy products. It also joined Y Combinator and raised $3 million. They are trying to facilitate import, buy and sell from Africa to the outside markets. They build partnerships with food companies and guarantee goods and with banks to facilitate payment.

It’s home to corporate innovation. LaFactory, an organization that facilitates collaboration between corporations and startups in Morocco, partnered with Royal Air Maroc, the Moroccan national airline, to put them  in touch with startups that can provide them with innovative ideas. The airline did a hackathon on April 13-15, 2018 inside a Boeing 747, to come up with innovative ideas for the airline. They selected employees at Royal Air Maroc and matched them with entrepreneurs to pick ideas, build prototypes during the weekend, and pitch in front of the airline’s CEO. [Disclaimer: Both Outlierz and LaFactory partnered to launch Afrikonnect, an offline platform connecting leading corporations with top African startups.] LaFactory and Royal Air Maroc picked five teams, who continued to work on the product and with the airline and getting mentorship by LaFactory. They also did two hackathons with banks and one with the national train station in Morocco, which was conducted in a train. That’s a huge change in the mindset of large companies.

It has the government on its side, most of the times. In late 2017, a  $70 million Innov Invest fund was launched in Morocco, to invest in four public VCs in the local market. Before, we only had Maroc Numeric. The other flip of the coin is that now we have too much money, and I am not sure if they will be able to find enough and good startups to invest in. In Tunisia, the Startup act has been recently passed by the Tunisian parliament, after a group of ecosystem players put together a proposal for regulations and everything needed for startups to grow. In Morocco, the Ministry of Industry, Trade, Investment and the Economy have put together an agency dedicated to everything digital, L’Agence du Digital (or digital agency in English), to work on regulations and grow the digital economy more.

At Afrikonnect, which was held on March 22, 23 in Morocco, Lahlou conducted around 50 B2B meetings to scout potential collaborations between corporations and startups. Through Afrikonnect, Outlierz and Startup Your Life, she is striving to create a bigger impact in Africa.