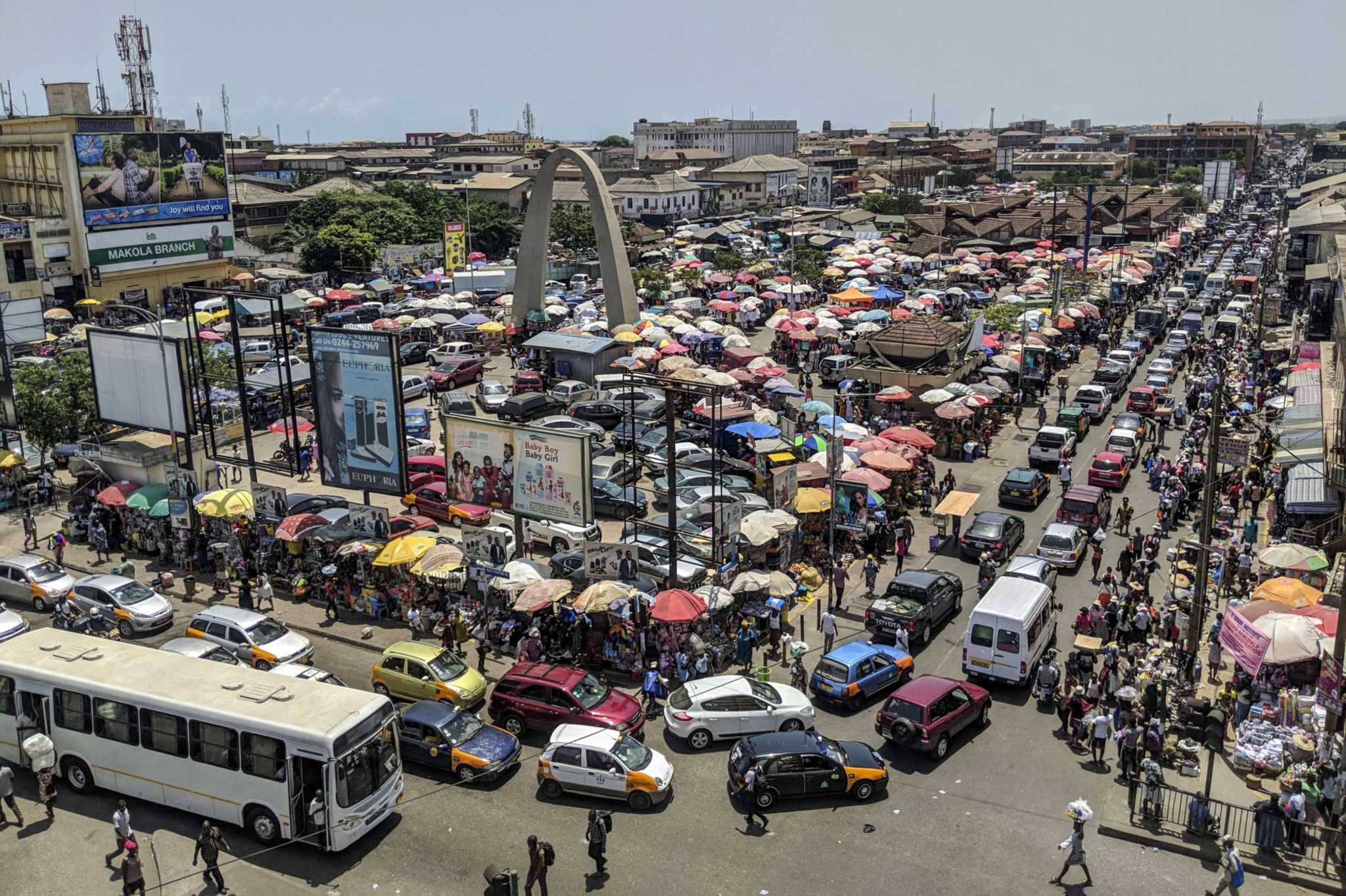 Volkswagen and Nissan are among automakers planning new plants in Ghana to target West Africa’s 382 million people. Their challenge: Finding banks that will offer loans to make new cars affordable.

In a country where about 70% of imports are second-hand, new car ownership is rare, said Believe Alorbu, who sells older models shipped from the U.S. at half the price of a new one.

“People will sometimes leave the plastic wrapping on their seats” when they buy new cars, she said at her dealership in the capital, Accra. “Even if the government increases tariffs on used cars, people will still not be able to afford new ones if they don’t get access to financing.”

Less than 5% of new car sales are financed by banks, according to the Ghana Automobile Dealers Association. In some cases, lenders demand employers agree to redirect part of the purchaser’s salary toward the debt, or that the owner take out insurance to cover a default. Interest rates of 22%-30% also make loans “largely” unaffordable, said Koketso Tsoai, an auto-industry analyst at Fitch Solutions.

Once their facilities are running, VW, Toyota, Nissan, and possibly Renault will need to contend with second-hand cars like those sold by Alorbu. Ghana’s government is trying to make it more attractive with planned import duties on second-hand cars of 35%, from 5%-20%, and tax breaks that improve as the companies move from assembly to local production. It has also pledged to promote regional exports.

“We don’t look at it only for today,” Nissan Africa Chairman Mike Whitfield said by phone from Cairo. “We continue to see Africa as the last frontier left in the automotive market, West Africa being a key part of it.”

About 10% of West Africa’s population are able to spend more than $11 a day, according to data compiled by World Data Lab. It is this group that the industry is targeting on a continent that adds some 10 million new consumers annually. By 2030, Africa’s middle- and upper-income class is expected to exceed 300 million of the world’s 4-billion consumer market, the data shows.

Standard Bank Group Ltd., Africa’s largest lender, is also preparing for future growth by replicating its South African car-financing business in other parts of the continent, including Ghana.

About three quarters of auto loans still go to companies, Patrick Koduah, head of vehicle and asset finance at the company’s Stanbic Ghana unit, said in an interview. “There’s a huge opportunity to grow personal demand.”

About 30,000 passenger vehicles were imported into Ghana in 2018, according to estimates from Fitch Solutions. Ghana had 7,073 new vehicle registrations in 2018, of which 4,268 were passenger cars, according to the International Organization of Motor Vehicle Manufacturers.

While the government has said its auto-incentives program would include the creation of an asset-based vehicle financing component, a trade ministry spokesman couldn’t provide details on how it would work.

Pan-African lender Ecobank Transnational Inc. said in an email that the average car loan in Ghana amounts to $30,000. Banks typically demand a high down payment and limit loans to no longer than five years if they do grant credit, while dealers sometimes allow buyers to spread repayments over six months.

More than 90% of new vehicle sales in South Africa, the continent’s biggest market, are probably financed, Thomas Schaefer, the head of Volkswagen’s local unit, estimated. The country had a penetration rate of 132 passenger cars per 1,000 people in 2019, compared with 22 per 1,000 people in Ghana, according to Fitch Solutions.

“If I would take out the financing options in South Africa, our market would disappear,” Schaefer said.

The Wolfsburg-based carmaker plans to start a ride-hailing service in Accra, modeled after a similar one in the Rwandan capital, Kigali, to ensure its output is absorbed.

Nissan sees its assembly plant starting by the end of the year, depending on when Ghana’s auto-policy is signed into law. Volkswagen plans to start by April. Toyota, which described Ghana as “an extremely important market in West Africa,” declined to share details about its strategy.

Ghana won’t be the first country to position itself as a gateway to West Africa. Nigeria announced a very similar policy in 2013. However, after a change in government and years in the legislative system, President Muhammadu Buhari rejected the bill in July last year. Automakers have also signed agreements with Ivory Coast’s government.

“Ivory Coast has already taken some steps in the right direction, which aim to limit the import of used vehicles,” said Leonce Yace, managing director of Ivorian lender NSIA Banque. The company, one of the key players in vehicle finance in the country saw a 41% year-on-year increase in auto loans in 2019.

“It is not about who should be the hub, it’s about who offers the best deal,” said Chris Ndala, managing director of CICA Motors Liberia, a subsidiary of the French group CFAO SA.

The car companies are beginning small in Ghana, with 5,000 units a year or less, and are expected to partner with local firms.

“We’ll all go as the business and the market goes,” Nissan’s Whitfield said. “The critical thing is that it’s starting.”

“They make it sound like used-car dealers are the enemy, but we are helping the consumer,” she said. “If the government is not ready or willing to provide financing, selling new cars will be a problem.”