Value of foreign investments in Africa at 5 year high 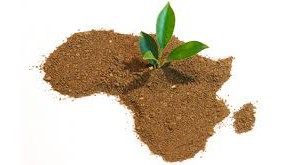 into Africa surged to US$128b in 2014, a five-year high, with the number of jobs created from FDI jumping 68% resulting in 188,400 new positions across Africa, according to EY’s 2015 Africa attractiveness survey.

The report combines an analysis of FDI data into Africa since 2003, together with a survey of over 500 global business leaders, in over 30 countries, about their views on the potential of the African market.

Ajen Sita, Chief Executive Officer at EY Africa, says:“In the past year, Africa has experienced stronger headwinds than in recent times. Consequently, economic growth this year is likely to be at its lowest in five years, dragged down by the impact of lowerOIL PRICES

on the Nigerian and Angolan economies, the softening of other commodity prices

, and South Africa’s sluggish growth. At the same time though, economic growth across the continent remains resilient. Sub-Saharan Africa will still experience the second highest economic growth rate in the world this year, with 22 economies growing at a rate of 5% or higher.”

are regaining their interest in North Africa, particularly in Egypt and Morocco as the political uncertainty following the Arab Spring in 2011 begins to fade. North Africa attracted 22.2% more FDI projects in 2014 than in 2013, and accounted for slightly more than half (51%) of all African FDI capital inflows, against just 19.1% in 2013. And the number of jobs created as a result of FDI, in a region where they are sorely needed, more than trebled to almost 80,000.

In Sub-Saharan Africa (SSA), while key economies like South Africa, Angola, Nigeria, Ghana and Kenya received fewer FDI projects than in 2013, the average value of each project across the region more than doubled (from US$67.8m in 2013 to US$174.5m per project in 2014). Mozambique (88.2%) and Ethiopia (47.1%) were among the star performers, attracting growing inflows of projects. Over the longer term, South Africa has been the most popular destination for FDI projects, attracting twice as many projects over the past five years than any other African country.

remain the top sources of FDI; though 2014 saw traditionalINVESTORS

, including North America and the Middle East, refocus attention on Africa. US-headquartered companies led as the largest investors

into Africa last year, launching 101 FDI projects, and accounting for 13.8% of total FDI projects in Africa, an increase from a 9.8% share in 2013. South African investors

were again prominent, initiating the second-most FDI projects on the continent. UKINVESTMENT

was down substantially, but investors from the UAE and France were resurgent, ranking fourth and fifth respectively.

Sectors in vogue with foreign investors

A growing consumer class and rising urbanization in Africa are shaping the continent’s future and defining new trends. In line with these trends, FDI inflows into real estate, hospitality and construction (RHC) have surged, emerging as a leading sector for FDI with the percentage share in capital value at 43.8% and job creation at 33.6%.

activity continues to be attracted by three consumer-facing sectors – technology, media and telecommunications (TMT), financial services, and consumer products and retail (CPR). One-third (31%) of the respondents to the survey also expect agriculture to emerge as a key driver of growth in Africa over the next two years.

Based on the results of the EY survey, perceptions of Africa’s attractiveness have deteriorated slightly over the past year.

Sita says: “The shift in perceptions is the lowest since we initiated our survey. However, it is important not to overstate this deterioration. Overall, a majority of respondents were positive about the progress made in Africa over the past year, and believe the continent’s attractiveness as a business destination will improve over the next three years. Africa continues to rank favorably compared to other regions, particularly among respondents who know Africa well. In fact, those already doing business in Africa remain overwhelmingly positive, again ranking the region as the most attractive investment

destination in the world.”

Sita concludes: “This mixed picture is not surprising. It reflects the diversity and complexity of this great continent of ours – there is never a one-size-fits-all answer. Perspective remains important. Ours has been, and remains, a glass half-full perspective. However, Africa’s future will not take care of itself. Our view is that, although tremendous progress has been made over the past 15 years, Africa and its leaders are poised at an inflection point: deliberate and urgent choices are required to raise levels of productivity and competitiveness, accelerate structural transformation and make the shift toward an inclusive, sustainable growth path.”