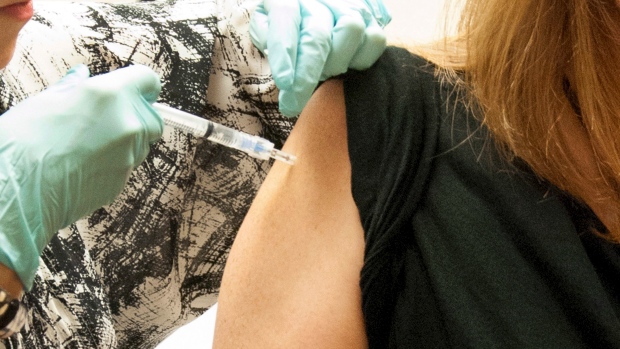 US pharmaceutical giant Johnson & Johnson said Tuesday that it has started human trials on a possible vaccine against Ebola.

The Phase I testing is being carried out by the Oxford Vaccine Group at Britain’s Oxford University.

The tests, involving 72 healthy volunteers, will examine how their bodies tolerate the potential vaccine.

Johnson & Johnson said at the end of October it would spend up to $200 million to speed up and expand its Ebola vaccine program.

The company hopes to move on to studies on large groups of patients by April.

It said it has already produced more than 400,000 doses, and two million courses will be ready by the end of the year.

If necessary, Johnson & Johnson said it can make five million doses within 12 to 18 months.

The worst Ebola outbreak on record has killed 8,153 people over the past year. Liberia has seen the highest fatality rate with 3,471 deaths, followed by Sierra Leone and Guinea.