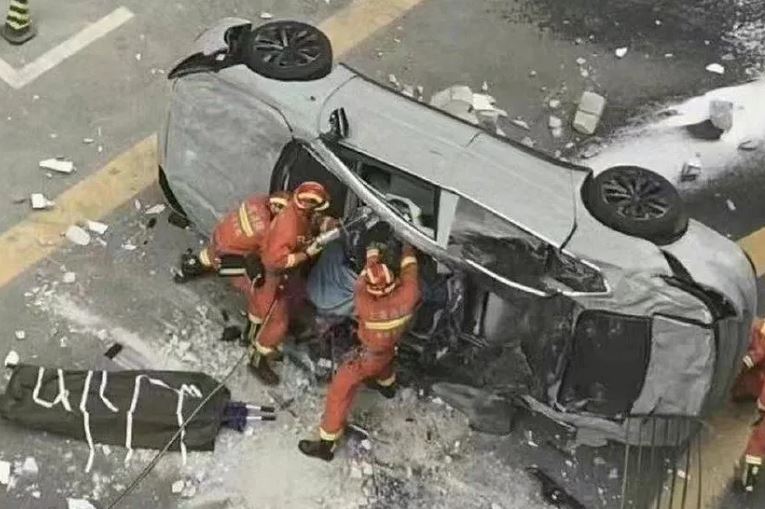 Chinese electric carmaker Nio says that two people were killed when one of its vehicles fell from the third floor of its headquarters in Shanghai.

In the collision, two people from the company’s partner company and one employee perished.

According to the company, the accident happened on Wednesday at around 17:20 local time. When the car fell from the structure, the persons who died were inside.

According to Nio, an investigation into the occurrence was launched right away in collaboration with government officials.

A showroom, a testing facility, or a parking lot have all been used to characterise the third-floor space where the automobile landed.

“In order to start the inquiry and analyse the reason of the accident, our organisation worked with the public security department. We can first affirm that this was an accident (not caused by the vehicle) based on the investigation of the circumstances at the scene” the company said in a statement.

“We feel very sad about this accident and would like to express our deepest condolences to our colleague and partner employee who lost their lives. A team has been set up to help the families,” it added.

Terrible story of two test drivers at #China’s electrical vehicle manufacturer NIO being killed when a car somehow smashed out of a building and came crashing down from a great height. pic.twitter.com/4ZNI2t7LqZ

Within a half-hour, more than 1,000 people commented on Nio’s initial Weibo post before it was removed.

Social media users reacted angrily to the final clause of the statement, “not related to the vehicle itself.”

One remark read “One person commented, “It displays the cold blood of capitalism,” while another, “The last sentence is so uninteresting. They [test drivers] came to test the car, but you claim that the car is not to blame for the accident “.

Red circle the window from which the car fell

Another Weibo user remarked: “The public security agency should determine whether or not it is an accident.”

The car maker has since posted a revised version of the statement, which still refers to the crash as an accident but now has “not caused by the vehicle” in brackets apparently to de-emphasise that part of the sentence.

All the comments to the new post are now “RIP”. Nio is at the forefront of China’s homegrown drive to dominate the electric vehicle industry. It has staked a lot on interchangeable batteries in its cars as a way to overcome customer concerns about frequent charging.

The company is a rival to multi-billionaire Elon Musk’s US-based electric car maker Tesla, which has a major manufacturing plant in Shanghai.