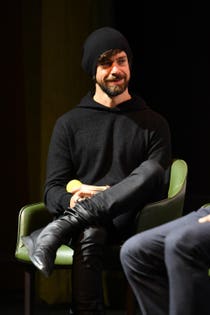 Square Co-founder and CEO Jack Dorsey at an event to discuss how technology is opening up new … [+] opportunities for refugees breaking barriers in the UK. Square announced its new collaboration with TERN as part of a series of Square events for London Tech Week. (Photo by Matt Crossick/PA Images via Getty Images)

Billionaire Jack Dorsey, who has his hands full running Twitter and payments processor Square, spent the month of November in Africa visiting with entrepreneurs. Earlier this week, he announced plans to spend three to six months next year residing on the continent.

It isn’t immediately clear from the Tweet he wrote where Dorsey plans to live or what he plans to do. He did say he was sad to be going home and that “Africa will define the future (especially the bitcoin one!).” He traveled to Ethiopia, Ghana, Nigeria, and South Africa during his visit.

Most executives don’t get a chance to run a publicly traded multi-national company let alone two like Twitter and Square but Dorsey’s situation is unique.

The 43-year-old Dorsey co-founded Twitter with Biz Stone, Ev Williams and Noah Glass in 2006. Dorsey was CEO until he was ousted in 2008, returning seven years later. Dorsey co-founded Square with Jim McKelvey in 2009, taking it public in 2015.  Forbes estimates his fortune at $4.3 billion.

Dorsey holds more than 18 million shares of Twitter, worth more than $558 million based on its current price. He also controls Square through his ownership of more than 59 million Class A shares that gives him more than 49 percent of the overall voting power. At Dorsey’s request, both companies pay him a token salary.

According to the latest Square proxy filed with the Securities & Exchange Commission, Dorsey “divides his roughly equally between them several days a week and he retains flexibility to ensure that he can reallocate his time based on the needs of each business.”

Twitter, for instance, is coming under increasing pressure to combat the spread of misinformation  ahead of next year’s presidential election. Dorsey has banned political advertisements while his counterpart at Facebook Mark Zuckerberg declared that the social network would accept them even if they are false.

Though Square recently reported better-than-expected quarterly results, its earnings guidance was lackluster, Wall Street analysts are divided on whether the company’s growth is sustainable in the highly competitive markets for payment processing.

Dorsey’s overall track record for shareholders is mixed. Shares of Twitter have slumped more than 25 percent over the past five years while Square has skyrocketed more than 478 percent. The S&P 500 Index, which is a proxy for the broader market, has jumped about 52 percent during that same time.

To be sure, there are business opportunities to be had for Dorsey in Africa. According to the World Bank, four of the fastest growing economies in the world are in Africa: Cote d’Ivoire (Ivory Coast), Ethiopia, Ghana, and Rwanda. Research from the Internet Society found that as of 2017, 388 million of the continent’s 1.25 billion people were online.