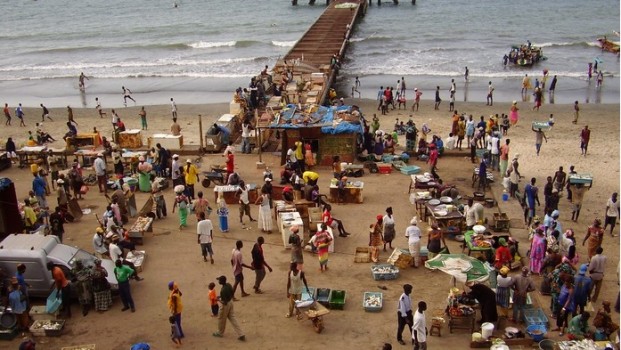 Large retail supermarkets such as Woolworths, Shoprite and Carrefour are investing heavily in Africa, but traditional markets will continue to be the dominant choice for consumers for a while, according to a report by U.S. research group Nielsen.

Nielsen tracks retail sales in 14 sub-Saharan countries where traditional grocery stores account for about 50 percent of consumer goods spending. There are more than 550,000 of those outlets in the countries monitored, according to the Nielsen report.

“But the most common shopping channel of all is the simple table top: a stand set up on the side of the road or in a local market to capture passing trade,” said Allen Burch, head of Africa Nielsen. “Eighty percent of consumers shop from these table tops, of which there are no less than 200,000 in Nigeria alone.”

Shopping patterns differ by country, Burch said. In Madagascar, for example, a survey showed consumers went shopping 70 times a month on average, while in Kenya the average was 38 times a month. Some Madagascar shoppers visited the same outlet two or three times a day. 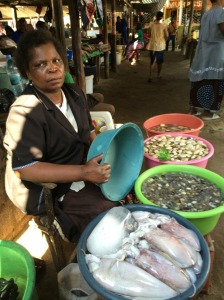 Sixty percent of South Africans shop in formal retail supermarkets compared to 30 percent of Kenyans, 4 percent of Ghanaians, 2 percent of Nigerians and 2 percent of Cameroonians, according to VenturesAfrica and BusinessDaily.

The modern-format supermarkets have competitive prices but they are not necessarily conveniently located for most buyers, according to Nielsen. This makes traditional markets still very relevant in modern-day African society.

“Even in Kenya, regarded as one of Africa’s most developed retail markets, traditional trade still accounts for 70 percent of sales,” noted the Nielsen report. The 41 percent who visit formal retail outlets do so to explore the wide variety offered by these outlets, VenturesAfrica reported.

In Cameroon, however, convenience stores account for 48 percent of informal-trade shops.

Here’s some of the things companies have to consider when setting up formal retail businesses in Africa, according to Burch:

The African Development Bank estimates there are 55 million “wealthy” people in Africa — consumers whose per capita daily expenditure is more than U.S. $20.

These consumers account for 5 percent of the population of Africa — the equivalent of a market about the size of Spain or Italy. It’s the growing middle class of around 350 million people where the opportunities become really significant, according to Burch.