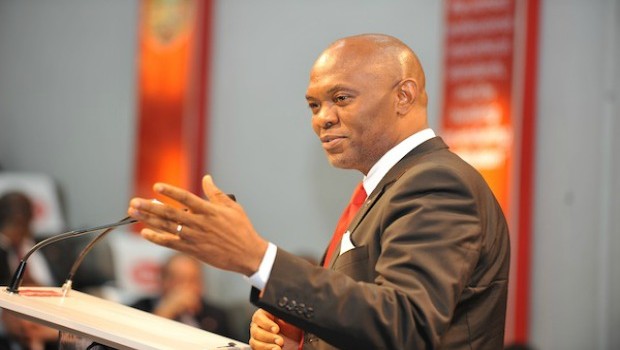 Tony Elumelu, one of Africa’s richest persons according to Forbes, said on Monday that his foundation had selected its first batch of 1,000 African startups to be funded through a $100 million programme it launched last year.

The small business  were selected from an application list of over 20,000 entrepreneurs from 52 African countries and will each receive $5,000 from the foundation.

The Tony Elumelu Entrepreneurship Programme is a multi-year plan that seeks to empower the next generation of African entrepreneurs through training, funding, and mentoring.

It aims to identify and support over 10,000 start-ups across Africa over the next 10 years, which would help will create 1,000,000 new jobs and contribute $10 billion in annual revenues to Africa’s economy.

“The selection of these 1,000 entrepreneurs brings us closer to our ultimate goal – to drive Africa’s economic and social transformation from within and to radically intensify job creation in Africa,” Elumelu said in a statement.

Nigeria, where Elumelu come from, Kenya, South Africa, Ghana and Uganda had the highest number of winners, who were drawn from various industries ranging from agriculture and education to fashion and ICT with all five African regions represented.

“The high quantity and quality of applicants we have received is testament to the brilliant ideas and incredible talent that exists in abundance across Africa,” said Parminder Vir OBE, director of entrepreneurship at the Tony Elumelu Foundation.

“Through TEEP, the ripple effects of the long-term investments in a new generation of Africapitalists will be felt throughout the continent,” he added.