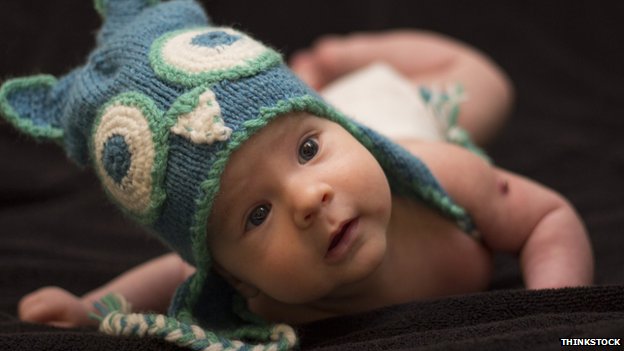 MPs will hold a crucial vote later to decide whether to allow the creation of babies using DNA from three people.

They will have a free vote on the technique, which is aimed at preventing deadly genetic diseases being passed from mother to child.

The UK could become the first country to legalise three-person babies and it could help about 150 couples a year.

It has sparked fierce ethical debate and senior Church figures have called for the procedure to be blocked.

However, if there is a “yes” vote in the Commons, then the first three-person baby could be born as soon as next year.

The technique, which was developed in Newcastle, should help women like Sharon Bernardi, from Sunderland, who lost all seven of her children to mitochondrial disease.

Mitochondria are the tiny compartments inside nearly every cell of the body that convert food into useable energy.

Defective mitochondria, which are passed down only from the mother, lead to brain damage, muscle wasting, heart failure and blindness.

The technique uses a modified version of IVF to combine the DNA of the two parents with the healthy mitochondria of a donor woman.

It results in babies with 0.1% of their DNA from the second woman and is a permanent change that would be passed down through the generations.

1) Two eggs are fertilised with sperm, creating an embryo from the intended parents and another from the donors 2) The pronuclei, which contain genetic information, are removed from both embryos but only the parents’ are kept 3) A healthy embryo is created by adding the parents’ pronuclei to the donor embryo, which is finally implanted into the womb.

The government backs the measure in principle.

However, MPs will be given a free vote, as it is an issue of conscience, rather than being forced down party lines.

Prof Doug Turnbull, the director of the Wellcome Trust centre for mitochondrial research where the technique was pioneered, urged MPs to vote in favour.

He told BBC News: “This is research that has been suggested by the patients, supported by patients and is for the patients, and that’s an important message.”

But not everyone agrees.

Last week the Catholic and Anglican Churches in England said the idea was not safe or ethical, not least because it involved the destruction of embryos.

Other groups, including Human Genetics Alert, say the move would open the door to further genetic modification of children in the future.

A review by the Nuffield Council on Bioethics, as well as a public consultation by the fertility regulator, argued the creation of three-person babies was ethical.

Safety concernsThree scientific reviews by the Human Fertilisation and Embryology Authority (HFEA) suggest the technique is “not unsafe”.

Yet some scientists argue those reviews were flawed.

Dr Ted Morrow, from the University of Surrey, believes there are still uncertainties.

“I have some concerns about the safety, I’m really not happy that the reviews have been as exemplary as other people think they are.”

If politicians vote it through, then the HFEA is expected to give Newcastle a license to carry out the procedure.

The first attempt could take place this year, which could lead to the first birth in 2016.