This Is Every Country With A Walmart Store – 24/7 Wall St. 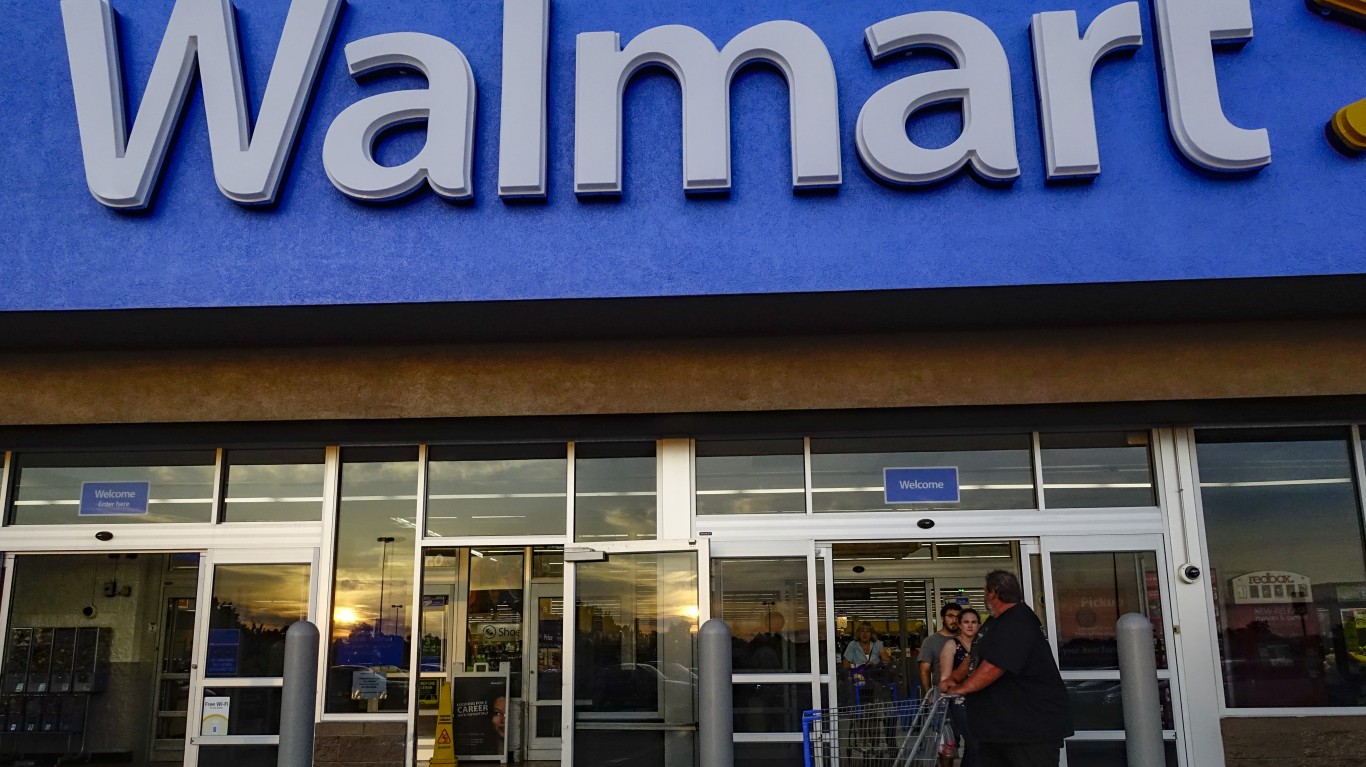 Walmart is the world’s largest retailer by sales and America’s largest company by revenue and employees. It has 10,526 store locations worldwide and about 2.3 million employees. Last year, its sales hit $559 billion which will almost certainly keep it at the top of the Fortune 500. Walmart actually has more locations outside the U.S. than it does in America.

Walmart breaks its business into three pieces. The first is Walmart U.S. which has 4,743 stores. Next is Sam’s Club, its wholesale retailer business. The third is Walmart international with 5,184 stores. In the most recent quarter for which it posted financial data, U.S. revenue hit $93 billion. International revenue reached $27 billion, and Sam’s Club contributed $17 billion. The international business does not get the visibility that the U.S. unit does. When earnings were announced, CEO Doug McMillon mentioned the U.S. business and e-commerce operation. International and Same’s Club were left out of his comments.

Founder Sam M. Walton opened his first store in 1945 as a Ben Franklin variety store. Its international business started at a joint venture in Mexico in 1991. According to its annual report…”as of January 31, 2021, our Walmart International segment conducted business in 25 countries.” It has exited two of its largest markets in recent years. These include Argentina and Brazil. It sold Walmart Argentina earlier this year and a majority of Brazilian operations in 2019.

Walmart’s store configurations outside the U.S. are in formats similar to the U.S, for the most part. These include supercenters, supermarkets, hypermarkets, warehouse clubs (including Sam’s Clubs) and cash & carry.

Walmart International operated through our wholly-owned subsidiaries in Canada, Chile, and China, as well as our businesses classified as held for sale in Japan and the United Kingdom as of January 31, 2021. Walmart International also operates through our majority-owned subsidiaries in Africa (which includes Botswana, Ghana, Kenya, Lesotho, Malawi, Mozambique, Namibia, Nigeria, South Africa, Swaziland, Tanzania, Uganda and Zambia), Central America (which includes Costa Rica, El Salvador, Guatemala, Honduras and Nicaragua), India and Mexico.

This is every country where Walmart does business outside the U.S.:

Get Our Free Investment Newsletter