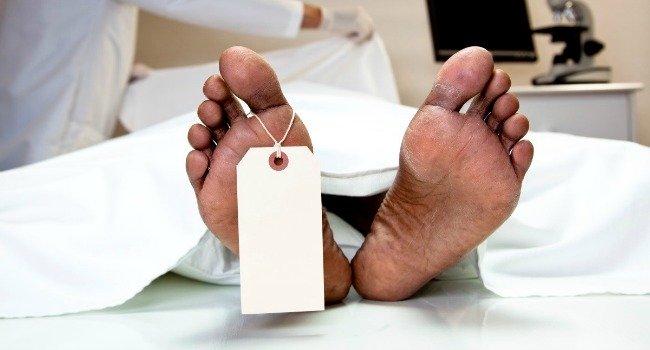 The truth is, we don’t like to think or talk about death. Unfortunately, it’s a sad reality we have to live with.

All of us will die someday. That’s just how the world works.

Like most of us who are alive and reading this right now, dead people have needs too. From the time a person dies, until they are buried, there are a range of businesses that provide products and services to meet the needs of the dead, and the people who mourn them.

Africans are colourful and celebratory people. We are a people of culture, customs, rites and tradition. And our love for fanfare isn’t just evident in our weddings, festivals and ceremonies . Funerals in many parts of Africa also come with a significant budget.

Also, the death of a loved person is a deeply emotional experience. So, while spending thousands of dollars on a coffin that will be buried in the ground may not make any sense to you, it can be very therapeutic for the bereaved.

In this article, I’ll be exploring a few businesses on the continent that thrive on death. The entrepreneurs behind these businesses provide very essential services for the families and friends of the dead, and most especially, for the dead themselves.

If you find that reading this article makes you uncomfortable, you’re not alone. Death is not an easy subject for me too. Doing the research for this article was indeed an exercise in examining my own mortality.

But hey, we’re entrepreneurs. Our job is to satisfy needs and solve problems. So, when death comes knocking, somebody has to do the ‘dirty’ work.

But first, how large is the market for the dead in Africa?

Before we go ahead to look at the businesses that are thriving in the ‘death market’, I think it’s important we look at the hard facts about the size of the market.

Africa has one of the highest mortality rates in the world, with an average life expectancy of 57 years (2010).

According to the Africa Development Bank Group, although mortality rates will decline over the coming decades, thousands of people still die every day due to poor health care systems and especially diseases like malaria and other communicable diseases.

And what makes the average family in Africa to spend on funerals even when cash is tight? I find there are strong influences from religion, culture, and social classes to give a ‘befitting’ funeral to their departed loved ones.

The demographics and spending attitudes to death in Africa are strong drivers of the thriving market for businesses that provide products and services that serve this market.

Now that we have a broad understanding of the market fundamentals, let’s look at the business niches that thrive when people die in Africa.

Most deaths are unexpected and families often need to preserve the corpse of their loved ones for proper burial arrangements to be made. In modern times, most corpses are preserved through refrigeration and embalming.

A mortuary, or morgue, is an establishment that provides cleaning and preservation services for the dead.

Historically, mortuaries in Africa are owned and operated by government, religious organisations or charities. Nowadays, there is a growing trend of private-owned mortuaries due to the dissatisfaction with government-owned mortuaries which are often poorly run.

To avoid decomposition and deterioration, corpses have to be preserved at low, near zero temperatures. As a result, a mortuary requires constant electricity supply to keep the refrigeration systems running.

This article was actually inspired by a new private mortuary built in my hometown in Eastern Nigeria. Before it, the government-owned ones were grossly inadequate and there were often tales of decomposing corpses due to prolonged power shortages in those establishments.

As more private mortuaries enter the market, families can get better services for their departed loved one, knowing the body will be well preserved.

Mortuaries charge a daily rate for the storage services they provide. Additional services like embalming and cosmetic reconstruction cost a bit more.

Coffins and caskets are usually the final resting place for the dead. But in many parts of Africa, coffins are not just funerary boxes, they are symbols of social status and can be quite expensive.

In some parts of Africa, coffins can cost up to several thousand dollars, depending on the bells and whistles preferred by the buyer. The material the coffins are made from (usually wood, metal or glass), the quality of workmanship and the type of interior fabric used are the main factors that influence the prices of coffins.

In countries like Ghana (in West Africa), coffins are often an elaborate affair and an artistic expression of the profession, life, status and wishes of the deceased person. Families often go to great lengths to commission coffin makers to produce fantasy pieces.

These fantasy coffins are often available in various forms, shapes and sizes.

Especially when the deceased lived a long and fruitful life, the funeral events are very celebratory and professional dancing pall bearers are paid to ‘thrill’ the audience with dances and elaborate displays.

This practice is quite common in many parts of West Africa.

In countries like Nigeria, public cemeteries across the country are very poorly maintained and most have become a haven for ritualists, grave diggers and diabolical characters who would not allow the dead to rest in peace.

This has presented a perfect opportunity for private cemeteries to enter the market. Private cemeteries in Nigeria have been very well received by the rich and wealthy, especially in the major urban areas.

Vaults and Garden is a private cemetery located in Ikoyi, a rich surburb in Lagos (Nigeria). Since this business opened its doors in 2006, it’s been smiling to the bank. A burial spot there costs between$250,000 and $750,000. Yes, it costs that much and people have been paying these sums since the business began.

The well-manicured lawns, elegant gardens and beautiful wrought iron fences in these private cemeteries are many steps above the neglected public cemeteries which are often overgrown with grass.

Nobody can blame the rich and wealthy for paying such huge amounts to provide a ‘heavenly’ resting place for their departed loved ones.

Did you know that many rich and wealthy people in Africa’s urban areas are already securing burial spots for themselves in these private cemeteries? This significant cashflow opportunity gives private cemeteries a unique advantage that only few other businesses have.

The ‘businesses of death’ in Africa is thriving…

As Africa’s economies continue to grow and living standards improve across the continent, the demand for better services for the dead is expected to grow accordingly.

With a wealthier middle-class and growing population of the super-rich and wealthy, more people want a ‘befitting’ treatment, preservation and burial for their departed loved ones.

And as we are colourful people, the artistic and creative aspects that hinge on the emotions around death will cause people to spend significantly on their dead.